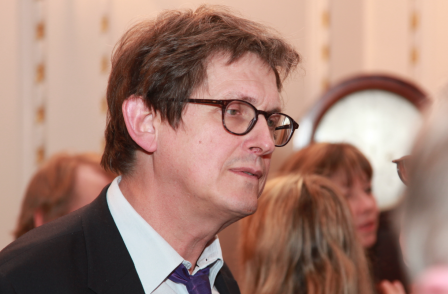 ‘Has there ever been a more dignified and lauded end to a national newspaper editing career?’ asks Dominic Ponsford at the beginning of his fascinating interview with Alan Rusbridger, the highly respected and much loved Guardian editor who stepped down on May 29 after 20 years at the helm of Britain’s best newspaper.

Rusbridger wrote an amazing farewell letter on his last day in the hot seat. Two points stand out. First, the financial independence of the Guardian thanks to the unique, philanthropic nature of its funding:

“When John Scott … decided to place the Manchester Guardian into a trust, he consulted Churchill’s future lord chancellor, Gavin Simonds, who told him: “It seems to me that you are trying to do something very repugnant to the law of England. You are trying to divest yourself of a property right.”

That was precisely what Scott was trying to do. Sir William Haley, later editor of the Times, said: “He could have been a rich man; he chose a spartan existence. And, when he made up his mind to divest himself of all beneficial interest [in the Guardian], he did so with as little display of emotion as if he has been solving an algebraical problem. Most men making so large a sacrifice would have exacted at least the price of an attitude.”

The decision of the Scott family to give up all financial interest in the Guardian must rank high among the great historic acts of public-minded philanthropy. In doing so, they created an ownership structure with only two purposes: to secure the future of the Guardian in perpetuity, and to protect its independence in all situations, at all costs and against all comers.”

Having sublimated profit to the pursuit of journalism, however, Rusbridger is frank enough to admit that “power over profit” makes him a little uneasy:

“I end with a confession about editing, and a nagging anxiety about this business of power.

An editor, if he or she chooses, can be a very powerful figure indeed. Editors can make or break people. They dictate who gets a voice, and who remains voiceless. They can, if they want, bully and frighten whom they choose. They can impose their views on a newspaper and, through the paper, on a country and the lives of millions.

As we’ve seen, they can break the law while delving into private lives in reasonable confidence that no one will stop them, not even the police or regulator. They can have a disproportionate influence in shaping debates – if only by excluding any contrary arguments. One voice can dominate an entire newspaper, from the front page, throughout the reporting and the editorial columns to a select few allowed to be commentators.”

While every aspiring journalist and editor should read Rusbridger’s piece in its entirety, Ponsford’s interview at PressGazette is equally if not more important for anyone trying to get a sense of what Rusbridger’s legacy is, for the Guardian, for the British media as a whole and the very craft of journalism:

After 20 years in charge of The Guardian, Alan Rusbridger bowed out at a time of his choosing – to take up a new role chairing the paper’s owner, the Scott Trust.

There were glowing speeches from his successor, Katharine Viner, and long-serving deputy Paul Johnson last Friday afternoon, and then around 200 staff banged him out down the stairs (an old Fleet Street tradition which has only returned to The Guardian over the last few years). Then they all repaired to the pub.

No one would question the fact that Rusbridger has gone out with an impressive run of scoops and investigations: Phone-hacking, Wikileaks, Snowden and then HSBC…

Phone-hacking was possibly the greatest ever British newspaper investigation. But it also had the unforeseen consequence of helping to bring about the closure of the News of the World, the arrests of dozens of journalists and their sources and state-involvement in press regulation. ..

The Pulitzer Prize-winning Edward Snowden revelations of 2013 had a bigger global impact even than hacking. But there are those who claim that revealing confidential details about state surveillance have made Britain and America less safe by tipping off those who would do us harm.