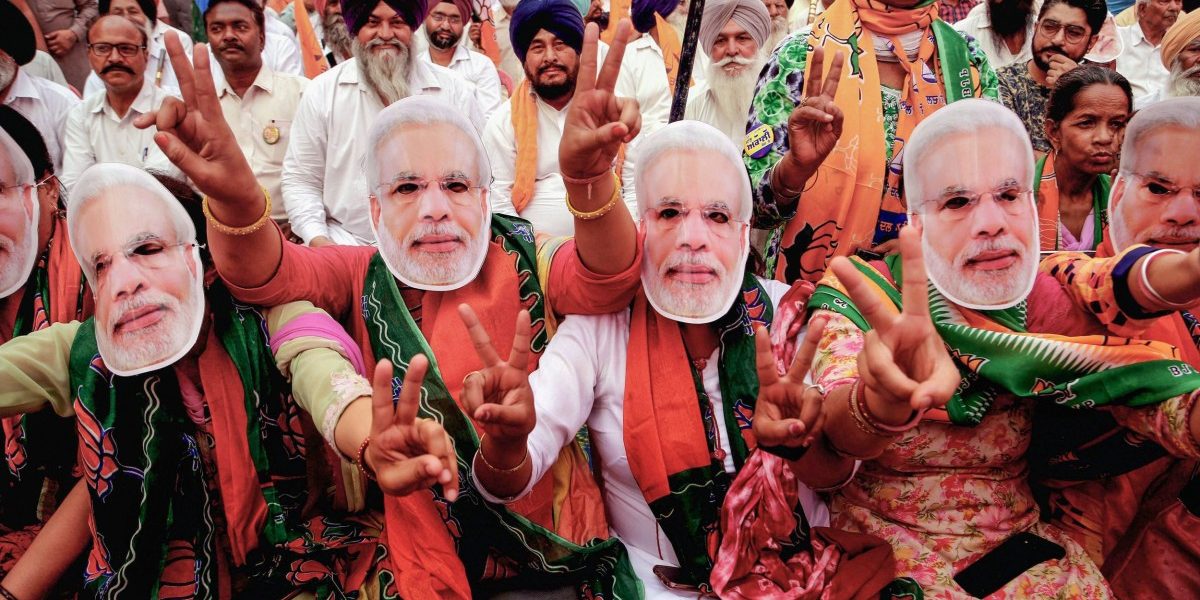 New Delhi: The unveiling of Prime Minister Narendra Modi’s cabinet 2.0 held most of the media’s attention this week, as did the power politics within the NDA that followed. A few articles questioned whether Nitish Kumar and the JD(U) ought to be “dumped”.

The swearing-in of Pratap Chandra Sarangi, as a minister of state, also launched a political storm on social media. While the right appeared to hero worship for his ‘simple’ lifestyle, Sarangi’s credentials as a Bajrang Dal leader, his alleged association with the murder of an Australian missionary and his two minor sons, and the fact that he faces several serious criminal cases became the focus of the conversation.

Delhi chief minister Arvind Kejriwal also created quite a stir with the announcement of a “free public transport” scheme for women in Delhi. This too was slammed by the right, which claimed that more than being a “safety scheme”, AAP is “playing on the women’s psyche and self esteem, inculcating a habit of making them dependent when the need of the hour is to break free of that mentality”.

The debate over liberals and Hindutvawadis continued for a second week in a row.

Sudipto Das, in an article for Swarajya, lays the blame for the opposition’s failure to make a serious impact in the 2019 election to ‘Hindutvaphobia’, which he describes as “a fear of a mysterious demonic entity that would devour the whole country and regress her to the stone age of violence and darkness”.

This, he says, was the true narrative “of a section of people, obsessed with liberalism and secularism”.

This obsession of the Modi-haters actually united almost the whole country against their hypocrisy, against their demeaning of the Indians in the name of Hindutvaphobia, against their baseless propagation of the fear of an apocalypse should Modi come to power again.

Das begins his article by recounting some of the reactions he read on the day of the results, May 23, about how India has become a “full-blown fascist country”, how these are “unnerving and scary” times.

Rarely has there been such vicious attacks by a section of the media and intelligentsia, on the people in power, purely because the latter doesn’t align with the ideologies and thoughts of the former. And lo, the former are the ones who talk about liberalism and tolerance, whereas they come across as the most intolerant to anyone who doesn’t belong to their fraternity.

So, 38% of the Indian electorate became “fascists” and gullible of being “intoxicated” and “seduced by passion of vengeance”.

Das then delves into personal anecdotes to explain to his readers why “a little engagement with the masses would have made it very clear” to the liberal lot that the BJP was coming back to power. In the first, he describes how his maid, worried that ‘richer’ people would not vote for Modi, tried to convince his wife that BJP was the only party to vote for because of the schemes that it had launched.

More stories are offered to show how voters felt empowered by making the choice to vote the Modi government back to power.

Das rapidly lists of schemes and numbers, before turning again to the concept of ‘Hindutvaphobia’.

The vitriolic and venomous attack on Modi, calling him “chor” when not a single scam from his tenure could be proved till date, spreading the fear of Hindutva and indirectly painting the entire Hindu community as an intolerant fraternity who would kill all its Muslim neighbours the moment Modi would return to power, the repeated usage of the terms like “Hindu Terror” just to counter balance the rise of the Islamic Jihadi terrorism worldwide and more closely in Kashmir, supported by Pakistan, would have turned any Hindu, who perhaps was not a great fan of Modi, away from the Modi-hating opposition.

So actually, it was not Modi who divided the country through any rhetoric of Islamophobia and consolidated the Hindu votes against his opponents but it was rather the latter, who united almost the whole country against their hypocrisy, against their demeaning of the Indians in the name of Hindutvaphobia, against their baseless propagation of the fear of an apocalypse should Modi come to power again.

Also read: #RightSideUp: ‘The End of the Road for Liberal India’

In an effort to explain just how and why the “average Hindu has lost touch with his past, his heritage, his pride and now roams around with half-baked information”, Rati Hegde says in an article in Organiser:

The selective amnesia and selective onslaught of memories that is plaguing Hindus today has rendered them confused.

The political discourse in our country has become more shrill about Hinduism, Hindutva and Hindu terrorism. And names of those who had a role to play in our freedom struggle have been dragged in to make fun of Hindus and Hinduism.

First, it was Veer Savarkar who was thoroughly insulted by Rahul Gandhi and then it was Nathuram Godse who was called a terrorist for fatally shooting Gandhi. The RSS has always also been at the receiving end of such mudslinging.

Now, listening to Muslims or Christians or Hindu-hating journalists talking about this or arguing on finer points, has become so normalised that one doesn’t even feel hurt anymore.

Hegde admits that the main issue here is that most Hindus don’t know much about other freedom fighters other than Gandhi and Nehru. She agrees that Gandhi did a lot to help India get its freedom from the British, but she also says he turned a blind eye to the “travails of Savarkar, Bose, Bhagat Singh, Swami Shraddhanand”.

But considering Gandhi was revered by the likes of Jayprakash Narayan, Vinobha Bhave, Dharampal, Hegde says that “for all practical purposes, we have to believe in the collective wisdom of our people who followed him in the freedom struggle”.

To call Godse, who was a political assassin, a Hindu terrorist, is just cheap. To then provoke Sadhvi Pragya out of the blue, to give a statement on him and then blow it out of proportion is something that only one with an agenda can do.

Here, Hegde launches into a section that makes irony die a slow and painful death. She talks about how diversionary tactics are supposedly used to flip conversations – a whataboutery tactic the right has great expertise in.

Hegde calls this the “forget what happened years ago” trick. For example:

Talk about the horrors of Partition, they say “Forget all that and treat Muslims as your own brothers.”

Talk about the horrors of killing hundreds of unarmed Sadhus who just wanted cow slaughter to be stopped, they say “Forget that… Eating meat is a private choice and we should not interfere.”

Talk about Kashmiri Pandits being hounded, raped and killed by the Muslims, they will out shout you and tell you to think about relevant and current problems plaguing Bharat.

It is time we are taught our true history without bothering about stepping on anyone’s toes. We may forgive those who have harmed us, but to forget about it is foolishness. Remember, those who forget history are doomed to repeat it!