This decision comes in the last two days of President Rodrigo Duterte's term. Rappler has announced that it will challenge the ruling. 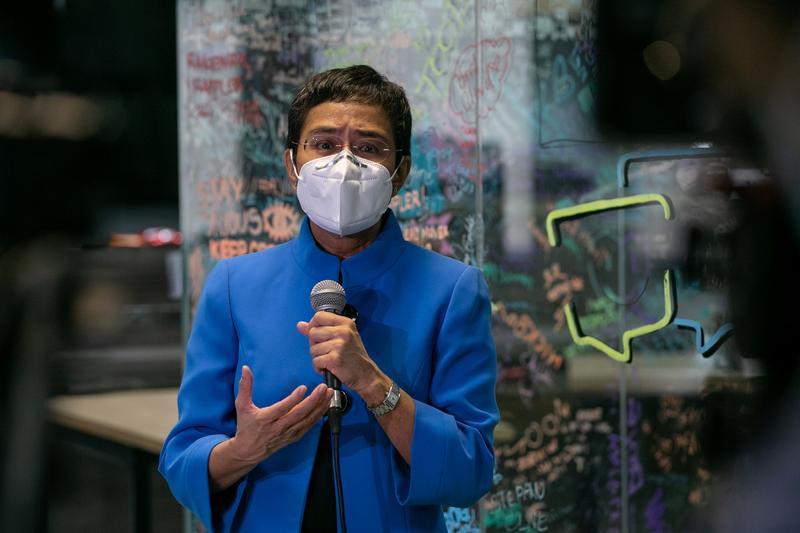 Ressa announced this at an international media conference she is attending in the US. The Philippine Securities and Exchange Commission (PSEC) has upheld an earlier ruling to revoke the operating license – technically, ‘certificates of incorporation’ – of the news website.

This decision comes during the last two days of President Rodrigo Duterte’s term.

Duterte has targeted Ressa and Rappler multiple times as the news site has continued it fierce anti-establishment reporting.

Rappler has announced that it will challenge the ruling.

“We have existing legal remedies all the way up to the highest court of the land. It is business as usual for us since, in our view, this is not immediately executory without court approval,” said Rappler in its statement on June 29.

In the report on its website, Rappler noted that in July 2018, the Court of Appeals (CA) issued a decision siding with the findings of the PSEC that Rappler’s issuance of Philippine Depositary Receipts (PDRs) to foreign investor Omidyar constituted some amount of foreign control that was prohibited by the Constitution. The Constitution requires that media companies should have zero foreign control.

“But in the same decision, the CA said that when Omidyar donated its PDRs to Rappler’s Filipino managers, “the negative foreign control found objectionable by the SEC appears to have been permanently removed”,” it said.

While the SEC stuck to its stand, Rappler appealed it. The latest order is in response to this appeal.

“Meantime, it is business as usual for us. We will adapt, adjust, survive and thrive,” the website said.

On June 8, the country’s telecommunications body blocked a number of independent media sites in the country. The order was passed on the directions of the country’s national security advisor, Hermogenes Esperon, who alleged links to the rebel communist groups.

Among the sites that have been blocked are independent news platforms like as Bulatlat and Pinoy Weekly, as well as progressive groups like the Save Our Schools Network, Rural Missionaries of the Philippines, Pamalakaya Pilipinas, Amihan and BAYAN.