Priyanka, ABC Apologise for 'Quantico' Plot But Who Will Say Sorry to Sharbari Ahmed?

Hyper-nationalist TV channels and Hindutva trolls have turned on a Bangladeshi American writer who had nothing to do with scripting the controversial plot line involving 'Indian nationalists' out to implicate Pakistan. 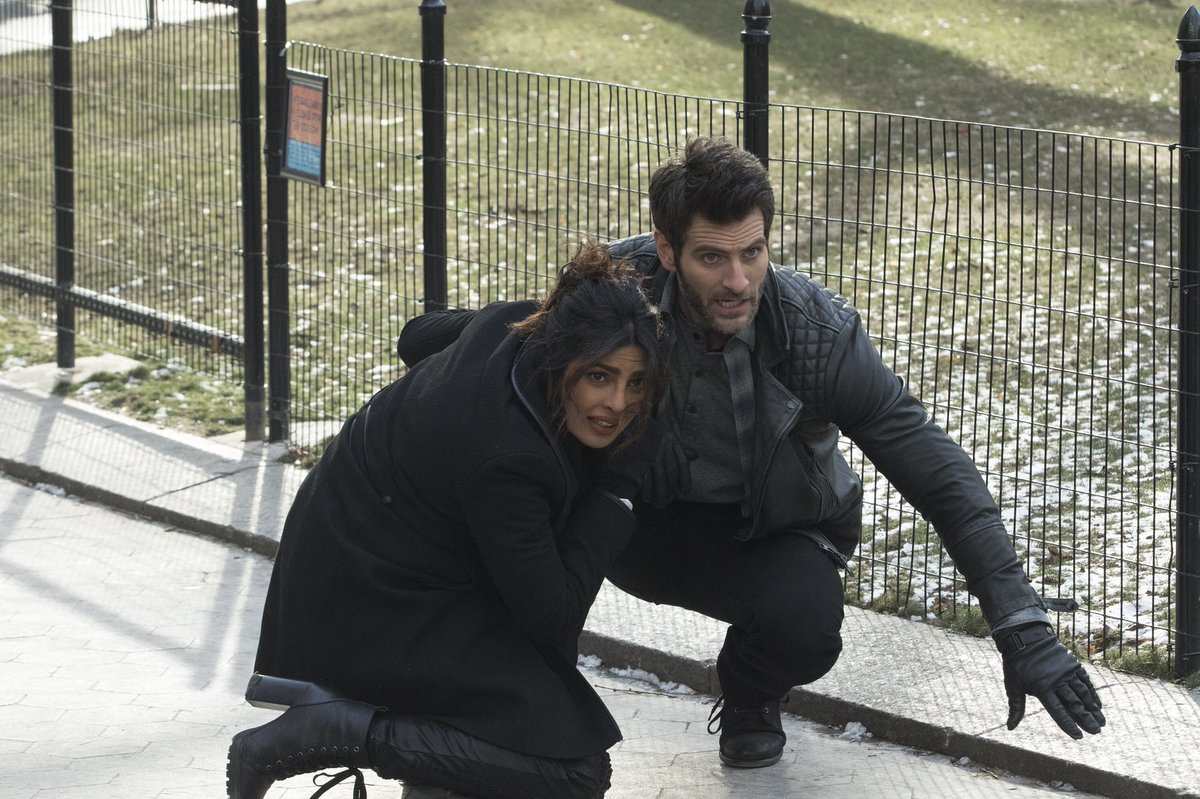 Priyanka Chopra in a scene from Quantico. Credit: ABC 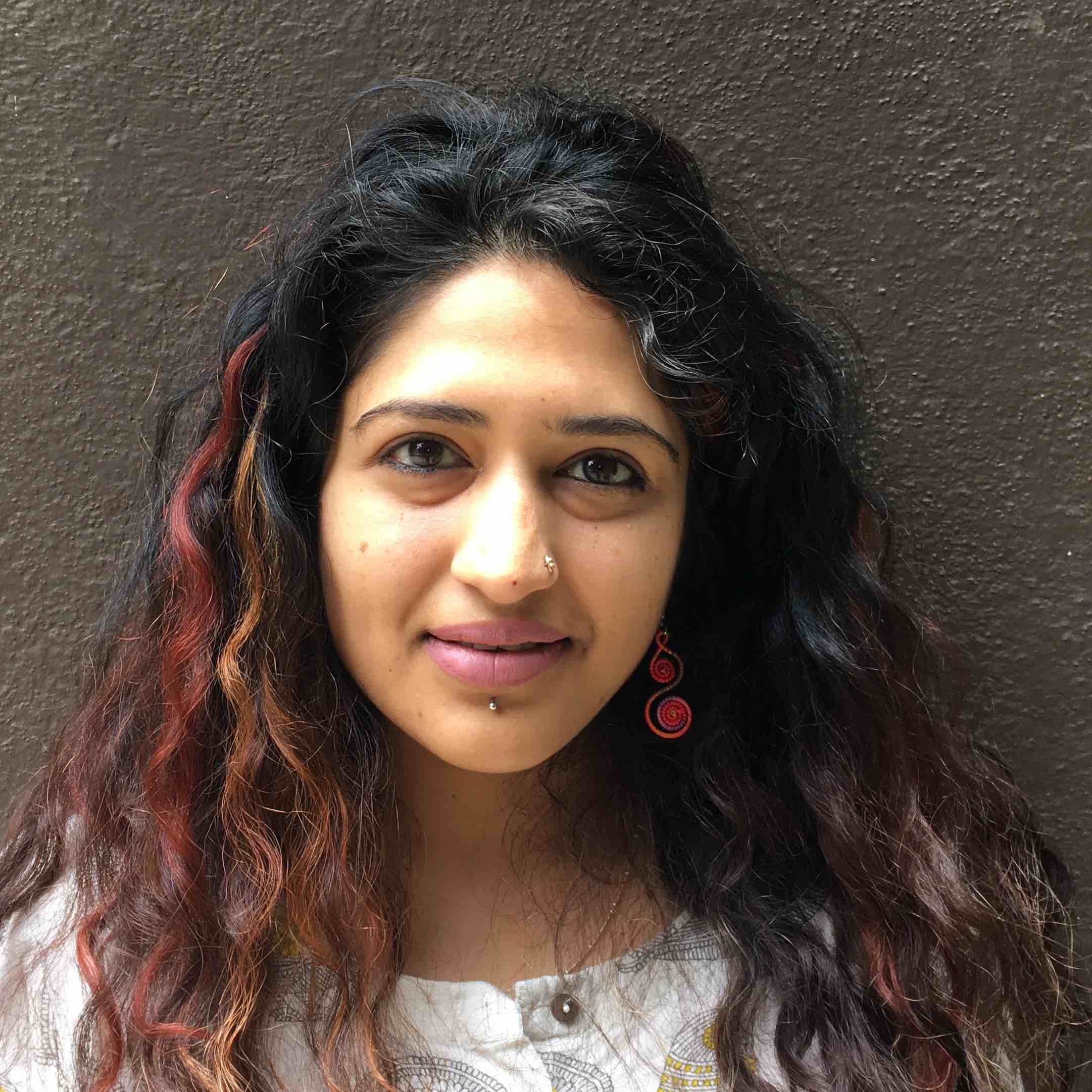 Most of the Twitter world knows about ABC’s ‘Quantico’ being targeted for a recent episode in season 3 that ends with Priyanka Chopra’s character stopping a nuclear attack by terrorists. The most offensive scene that set trolls loose? When Chopra recovers a rudraksha mala – described in the programme as a “Hindu rosary” – and suggests the terror plot is a “false flag operation by Indian nationalists hoping to frame Pakistan in a mushroom cloud”.

For hyper-nationalist TV channels in India, this fictional plot has been manna from heaven. An India Today show featured an angry anchor asking whether Priyanka Chopra has “insulted India”. As a clip from Quantico played out, his voiceover said:

‘Priyanka Chopra seen defending Pakistan. Priyanka’s role puts Pakistan’s role, a state sponsor of terror, off the hook. Hindu nationalists say Priyanka is a traitor.  US TV drama frames India, vindicates Pakistan. Is this freedom of expression or dirty Pakistani propaganda? Is there a sinister plot to say Indian nationalism is bad, that Indian nationalists are terrorists … Rudraksha, the symbol of our prayers is being denigrated.”

The anchor finally rounded on the writer of the episode, who he said was “apparently a Bangladeshi American.” What are vested interests behind this, he asked rhetorically.

ABC was quick to apologise to those taking offence. They seemed generous with the bullet-proof vest they offered their heroine:

“The episode has stirred a lot of emotion, much of which is unfairly aimed at Priyanka Chopra, who didn’t create the show, nor does she write or direct it.’

ABC went on to say that they were at fault for not understanding the political situation. “The show has featured antagonists of many different ethnicities and backgrounds, but in this case we inadvertently and regrettably stepped into a complex political issue. It was certainly not our intention to offend anyone.”

On Saturday, Chopra too issued an apology of her own:

I’m extremely saddened and sorry that some sentiments have been hurt by a recent episode of Quantico. That was not and would never be my intention. I sincerely apologise. I'm a proud Indian and that will never change.

Hundreds of fictional plots are generated by the movie and television industry around the globe every day but only in India is the patriotism of an actor questioned. And since such a storyline could not be the product of bad writing or poor research or simply a writer’s desire to be provocative and entertaining, everyone is convinced a deep conspiracy must be at play. This is where the ‘Bangladeshi’ angle – false and nonsensical though it is – has come in handy.

For the past week, Sharbari Zohra Ahmed, a Bangladeshi American writer, has been trolled by self-appointed protectors of Hinduism who see her as the villain of the piece.

Ahmed is an established fiction author and a playwright who has been writing in various publications for years. On a more global level, she is known as the first female American of Bangladeshi origin to have written for a American television show. This week, she came under attack for a Quantico plotline she wasn’t even a part of as a writer. 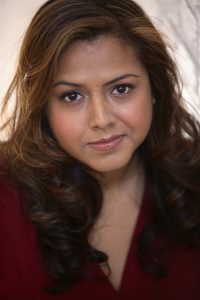 Back then, she got her first round of trolling from fellow Bangladeshis owing to a line in an episode that referred to a Bangladeshi nightclub bombing. Tweets against her went off claiming there were no nightclubs in Bangladesh and that she (even though it’s a team of writers) was misrepresenting the country.

I asked Ahmed what she felt about being trolled by people from her country of origin back in 2016.

“It’s false pride and misguided patriotism that in fact ignores serious social issues,” she said. “There seemed to be a general notion that terrorism doesn’t occur in Bangladesh. I found it as absurd as I find the situation with the Hindutva trolls I am facing today”.

Ahmed says it was tragic that the trolls had to be so ironically proven wrong when 22 people were killed in a terrorist attack in Dhaka. One of those victims happened to be Ahmed’s friend. “Only one person apologised to me after that.”

Let’s skip ahead to 2018. ‘Hindu’ trolls started to tweet-harass her about the India-Pakistan episode which Ahmed had nothing do do with.

“Care to explain your wildest fantasy while you wrote Quantico with Indians being masterminds of an attack? Does this stem from a deep rooted bias, hate, anti-Hindu, pro-islam conditioning of your fragile mind ??”, she was asked on Twitter.

All  of a sudden, a storyline in a fictional TV show that she had no connection to becomes Ahmed’s ‘wildest fantasy’ because of her ‘anti-Hindu conditioning.’

I asked Ahmed how she took the experience of reading accusations like “In the eyes of people like Sharbari killing Hindus is not genocide but a religious right in all Muslim countries”.

“It’s jarring to say the least on a personal level. As a writer it is an opportunity to bring to light some serious issues involving fake news, an obfuscation of hard facts. Bigotry and the problematic issue of rabid nationalism has the whole world in its grip”.

Ahmed feels people are willfully ignoring facts. Hard, indisputable truths are being disregarded to form hatred and violence. She says it’s very much happening in the US on an almost daily level as well.

Twitter trolling is the easiest way to intimidate, threaten, and obliterate any intelligent discussion on the internet today.

“The discord in South Asia is rooted so deeply in a violent past that it has now breached the surface. Like Trump has emboldened the white supremacists here, Modi and his cronies have given agency to the Hindu right. This is all connected. It’s synergy.”

And this is how media cycles keep repeating themselves. Trolls sniff out the potential for controversy in a matter of minutes and start to form internet mobs. Before you know it, there are so many grossly inaccurate facts twisted in personal attacks that even an average citizen just ‘browsing’ hashtags will think there is an actual problem. Half-baked information and personal sentiments are reconstituted and made whole. And before we know it, we have watched another writer being shot down for simply existing.

Ahmed believes writers need to bear witness to this and constantly address it. To that effect, the hope shining in this story is the amount of support she has got back from other artists and friends. ABC might have left one of their own ex-writers to fend for herself out in Twitter hell, but others have come in to support and voice their opinions.

While facts no longer matter in these times, it’s important to note that this is also the era of writers, artists, and thought influencers coming together to reclaim the right to dissent, discuss, and disagree.

Rheea Mukherjee is a writer. Her collection of short stories, Transit for Beginners, was published by Kitaab in 2016. Her fiction has been nominated for a Pushcart and she was a semi-finalist for the Black Lawrence Press award. She co-founded the Bangalore Writers Workshop in 2012 and currently co-runs Write Leela Write, a Design and Content Laboratory in Bangalore.