Citing ‘national interest’, the media watchdog, which is statutorily tasked with ensuring freedom of the press, lays out a case for justifying the ban on internet and mobile phones and even free travel in the Valley. 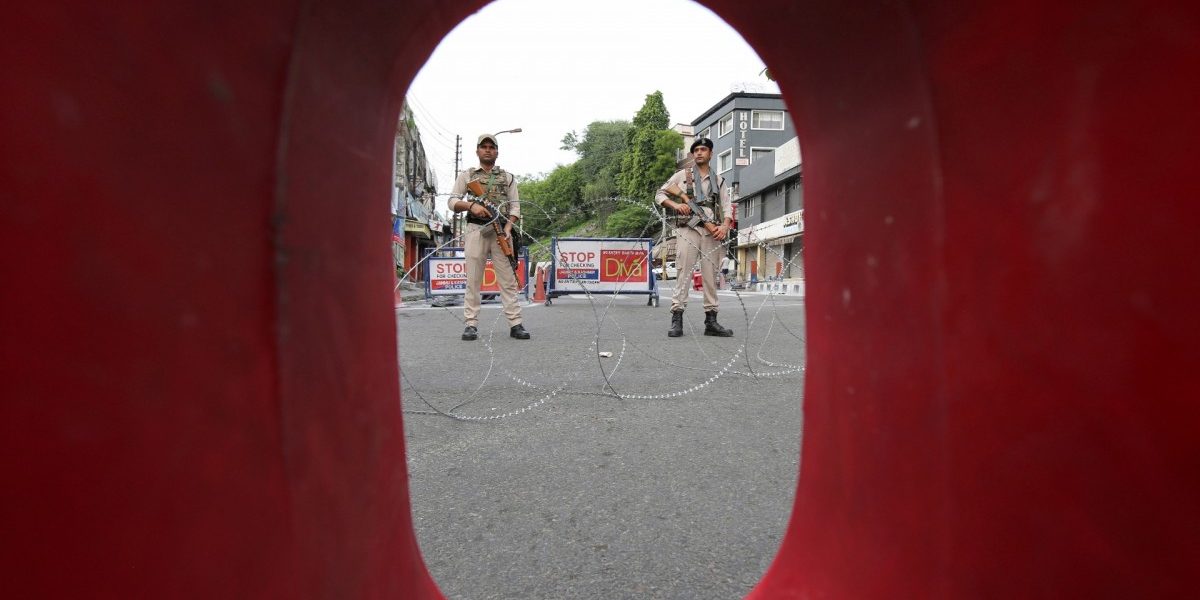 Since August 5, Kashmir residents have remained largely cut off from the rest of the world as an unprecedented clampdown has stretched on. Photo: Reuters

New Delhi: The Press Council of India (PCI) has sought permission from the Supreme Court to intervene in a petition filed by Kashmir Times executive editor Anuradha Bhasin which demands an end to communications restrictions in Jammu and Kashmir.

But though the statutory object of the country’s media watchdog is to “preserve the freedom of the press”, the PCI petition describes the ban on communication and free movement, which many local journalists say has severely affected the functioning of the press in J&K, as being “in the interest of the integrity and sovereignty of the nation”.

The council has said it would like to present its views before the court to assist it in deciding Bhasin’s petition “justly in the interest of the freedom of the press as well as in the national interest”.

The council’s application notes that there is no mention of the “abrogation of most contentious provision of the constitution”(sic) in Bhasin’s petition, “which has caused the restrictions on communication and other facilities in the interest of the integrity and sovereignty of the nation”.

Bhasin had filed a writ petition in the apex court on August 10 challenging curbs on media freedom in the state and sought directions to immediately relax all restrictions on mobile, internet and landline services. The petition also asked for a relaxation of all restrictions on the freedom of movement of journalists and media personnel in Kashmir and some districts of Jammu in order to enable them to practice their profession. Bhasin had stated that the communications blockade and strict restrictions on movement had, “resulted in a virtual blackout, and media reporting and publishing (was) grievously impacted”.

The Wire spoke to two current members of the PCI who expressed shock at the stand the body is taking. They said that a meeting of the council had in fact been held on Thursday where a proposal to send a fact-finding team to J&K to assess the situation in the interest of upholding press freedom was mooted. The members confirmed to The Wire that  no mention was made of the Supreme Court petition in the meeting and they were not even aware that such an intervention was being sought.

In fact, one member of the council brought to PCI chairman Justice C.K. Prasad’s notice that even news agencies are not able to file their stories freely from Srinagar, while another drew his attention to the fact that the websites of J&K based newspapers had not been updated for two weeks.

“The wording of this petition is so dangerous. Though the rules say that the chairman has to get the council’s endorsement for any decision he takes in between meetings, he did not even inform the council about the fact that the PCI is intervening in Anuradha Bhasin’s case,” one council member told The Wire.

“If the Press Council – set up by an act of parliament i.e. in the name of the people – sees a free and open media as a threat to the nation’s ‘sovereignty’, and if it believes readers and viewers can and ought to be kept in the dark in special situations, it is a sad day for Indian democracy, although it would not surprise anybody that things have come to such a pass,” Krishna Prasad, former editor of Outlook magazine told The Wire. Prasad is a former member of the council.

“One of the two founding objectives of the Press Council was to preserve the freedom of the press ‘unfettered and unhindered by any authority’. Any action to the contrary that suggests subservience to any authority or situation would be a shameful abdication of its responsibilities,” he said.

To establish its locus standi as an intervenor, the council petition described the PCI’s main functions under section 13 of the Press Council Act, 1978 in the application. It specifically highlights its mandate to  (i) maintain high standards of public taste, (ii) foster “a due sense of both the rights and responsibilities of citizenship” on part of newspapers, news agencies and journalists and (iii) to “keep under review any development likely to restrict the supply and dissemination of news of public interest and importance”.

To support its case, the application also pointed to the Norms of Journalistic Conduct framed by the council for self-regulation in reporting in the matter of “paramount national, social or individual interests” which calls for due restraint and caution in presenting any news, comment or information that might jeopardise, endanger or harm these paramount interests.