The freelance journalist was earlier a staff reporter at The Wire Hindi.

New Delhi: Former journalist at The Wire Hindi, Prashant Kanojia, was arrested by the Uttar Pradesh police from his home in Delhi on Saturday afternoon. The arrest is apparently over social media posts he wrote about UP chief minister Adityanath.

The police released a statement late on Saturday night detailing the charges, and saying that Kanojia had accepted his crimes after “strict questioning”. According to the statement, Kanojia made “obscene comments” and “spread rumours” on social media. The charges include Sections 500 (defamation) and 505 of the Indian Penal Code and Section 67 of the Information Technology Act.

Section 505 – relating to spreading rumours and “public mischief” – comes with an important exception. The law says: His wife, who was present when the police came to pick him up, says that the police officials informed them that they were from Hazratganj police station and were taking Kanojia to Lucknow by road. Another person who called up Kanojia while he was being picked up also said that he was being taken to Lucknow by the UP police.

His phone has not been reachable since.

Kanojia had recently posted on Twitter and Facebook a video of a woman speaking to various TV channels about wanting to marry Adityanath. She claimed in the video that she had been conversing with the chief minister for a long time over video chat, and that now she wanted to know if he was willing to spend his life with her.

Kanojia posted the videos with his own comments, mocking the issue.

The police told Kanojia’s wife that the cyber cell of the police would be involved in the matter. Apparently, an FIR was registered against him by a sub-inspector of police at the Hazratganj police station claiming that the social media post was “objectionable” in nature.

On what grounds the police has decided that this post is “obscene” under Section 67 has not been explained, given his tweet. The exception in Section 505 too should have kicked in, given that it is fair to assume Kanojia believed the woman speaking in the video.

The remaining section – 500 – is a bailable offence, which means the police itself is empowered to release him on a bond. However, Kanojia has been sent to jail and the earliest he can move the courts is Monday, so he will have to spend at least two nights in hail. 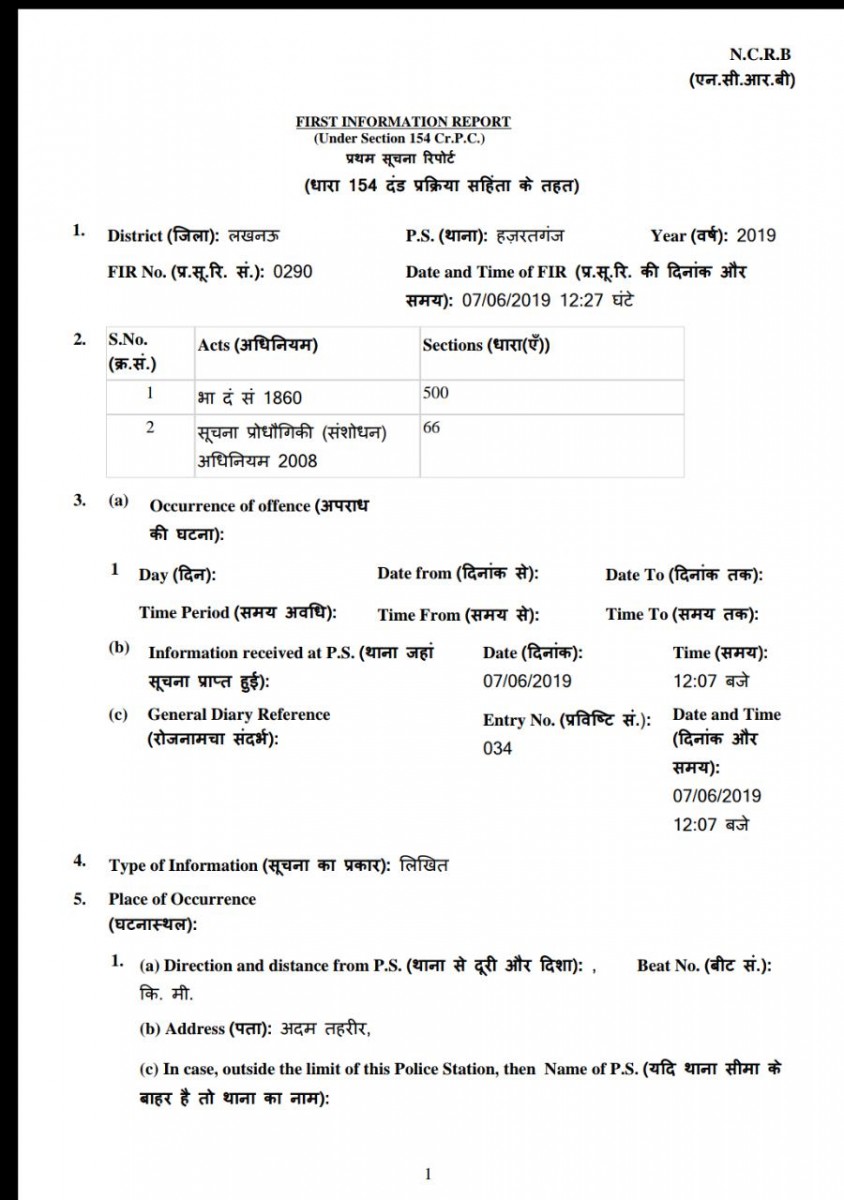 As per the FIR released earlier on Saturday, the case against Kanojia was registered under Section 66 of the Information Technology Act, which relates to computer-related offences and Section 500 of the Indian Penal Code, which relates to criminal defamation.

Kanojia’s wife also said that the men who picked him up were in civil clothes but identified themselves as policemen. They did not show any warrant for an arrest.

They had apparently called up one of his close friends, not disclosing that they were police, and got some personal details about Kanojia’s whereabouts.

On Saturday evening and Sunday morning, the hashtag #ReleasePrashantKanojia was trending on Twitter.