Innovations such as 'Page 3' were launched under his watch, but prioritising of revenues eventually led to the undermining of the editorial side. 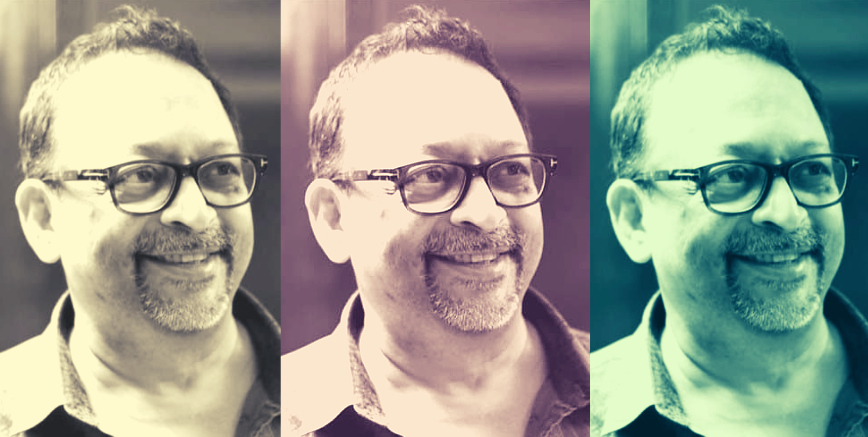 If the Bennett, Coleman and Company Limited is a huge behemoth today, Pradeep Guha, who passed away on August 21, 2021, must get some of the credit for laying the foundations of its growth.

Guha was one of a small team of young professionals that Samir Jain, vice-chairman of the company, gathered around him in the early 1990s and who implemented strategies that increased its revenues exponentially.

Young Jain, son of the then chairman Ashok Jain, had recently joined the company and had a fresh set of ideas inspired not just from seeing foreign publishers such as Rupert Murdoch and some American media owners, but also the behaviour of Indian consumers. He believed that Indians were sensitive to price points and any discount would entice them.

Bennett those days was a conservative, even hide-bound company, run by senior executives who were largely left on their own by the chairman. The same was with the editorial – the Times had Editors like Sham Lal and Girilal Jain, stalwarts who brooked no interference and certainly not by the likes of Samir Jain. The separation of ‘Church and State’ was sacrosanct and even the paper’s managing director was careful not to breach it.

But the company made a modest profit and Jain Jr believed it was not leveraging its titles like the Times could. But his ideas were too radical. So he assembled a new team that did not carry any baggage from the past and would support him. Guha, then the GM of the Calcutta office, was one of the team, as was Dileep Padgaonkar, who was an Assistant Editor of the Times and later, Pritish Nandy, who was brought in from Calcutta, where he was in corporate communications.

The first plan was to lower the price of the Times of India – halve it – and raise the advertising rates, promising them higher circulations. “The ‘Invitation Price’ model was a risky one, because advertisers could balk at the new rates, but they had no choice but to comply since the Times had a mammoth circulation that far outstripped the competition,” Guha had said to this writer recently, during a chat about that period.

Also read: At the Times Group, Cobrapost Sting Shows How Cash is King

It was Guha’s job to explain this to not just the advertisers, but also to coordinate with the editorial team which was furious at the prominence given to commercial activity. “They felt it would encroach on editorial space, and it did. “Stories were pulled out at the last minute to accommodate a late ad,” Guha recalled.

He said he was still wary of going to the editorial department since that would make the editor furious  and he did not want to be seen trying to influence them, but the ad department’s influence was undoubtedly rising. Some old timers say, the interests of advertisers were protected, with stories that would hurt but commercial partners. Guha insisted that this wasn’t the case and, “Even Samir believed in not interfering in editorial and I strongly believed in the same”.

Guha said he had resisted Media Net, a new set-up to offer editorial space to anyone who would buy it, but it went ahead any way.

Other steps followed – the advertising department, till then a sleepy set-up run like a government office, where the executives waited for ads to come to them, was renamed Response and young, smart professionals, many of them with post-graduate diplomas in marketing and sales, were hired and trained to go out and get new advertisers. A team was hired just to talk to international companies, and sent abroad to meet them, even before foreign businesses entered India in the post-liberalisation period.

Guha was also the architect of two other innovations that survive to this day – the ‘Page 3 supplement’ in the Times of India and the many awards, including Miss India, Miss India World, Filmfare, which till then chugged along year after year with the same old template. Stars like Aishwarya Rai, Sushmita Sen and Priyanka Chopra were groomed and prepared for the contests abroad.

Page 3 created a sensation. The supplement, Bombay Times – soon replicated in other cities – was chiefly about the entertainment industry and ‘celebrities’ who attended all the parties in town. “I believed that the emerging urban Indians from a new generation was going out a lot, to restaurants, to parties, and even abroad for holidays.”

The men and women, many of them unheard of till then, who were featured on Page 3 became famous, and then, rapidly, infamous. More and more people wanted to be in it, and gossip began to circulate that bribes were being given to find space. The management stepped in to not just stop it but it set up a team to work out rates for anyone who wanted to be in the supplement – a new movie, a new product, a new restaurant – anyone. It soon became a new revenue stream that is still going strong.

Other publications grumbled at every innovation, beginning with the Invitation Price, but soon followed – most now have city supplements and prioritise the ad department.

Along with Pritish Nandy, Guha also revamped the magazines – Femina, Filmfare, Science Today and The Illustrated Weekly –easing out the old editors and bringing in new, younger ones who could work in close conjunction with the commercial department. Nandy himself took over the Weekly, which became a better designed and more aggressive publication. The Hindi magazines – Dharmayug and Madhuri– were shut down.

The award functions became high-profile events, and sponsors were brought in to underwrite costs. Each event had to make a profit that was the mantra.

Under Samir Jain, publications were now ‘brands’ or ‘products’ and readers were renamed as ‘consumers’. For the old guard, this was sacrilege, but the old guard was on its way out. Padgaonkar became the new editor of the Times of India when Girilal Jain retired, and made it punchier. Assistant editors with varying views – from the ultra left to the hard right – were taken on with Padgaonkar presiding.

Circulations, though not of all the magazines, were rising, revenue had shot up, advertisers were happy, readers even happier, (the paper’s raddi value was more than the cost of the paper) and the editorial departments had been tamped. Bennett Coleman became a big, cash-rich company.

If journalists felt that the editorial side had been undermined, there was nothing they could do about it.

Also read: Modi Govt Freezes Ads Placed in Times of India, The Hindu and The Telegraph

Guha became the CEO of the company and the undisputed Czar of a big media company. It was a long journey from the leftist college student who had organised strikes against his alma mater and was one of the team which set up the left-oriented Centre for Education and Documentation in Bombay, a valuable research resource for journalists.

During a relaxed evening, Pradeep Guha had said to this writer and a few other friends, “I am at heart a simple middle-class boy, with the sole aim of owning my own apartment”. In the end he did, never succumbing to arrogance, and remained a loyal friend, but no less one with a sharp commercial instinct.

Guha fell out with the Jains – by then Samir’s younger brother Vineet had joined the company – and left without looking back. He joined Zee TV and launched the Daily News and Analysis (DNA), in 2005, hiring a lot of people from the Times group. He picked up invaluable experience running a television channel and then a few years later, bought out 9X, the entertainment television division originally set up by Peter and Indrani Mukerjea. Guha also invested in an event management company.

He retained the loyalty of not just friends and those whom he had mentored, but also of the many young stars he had helped in the early stages of their career – his annual parties had a mix of famous actors, top ad executives, industrialists and scores of his old colleagues whom he had mentored and had now risen to senior positions.

He was running both successfully, till, recently, he was diagnosed with advanced liver cancer. Despite all the efforts of doctors, he passed away. An important era in India’s newspaper industry has come to an end.