Reports by more than 80 journalists from 17 media organisations in 10 countries – including The Wire in India – were published as part of the Pegasus Project. 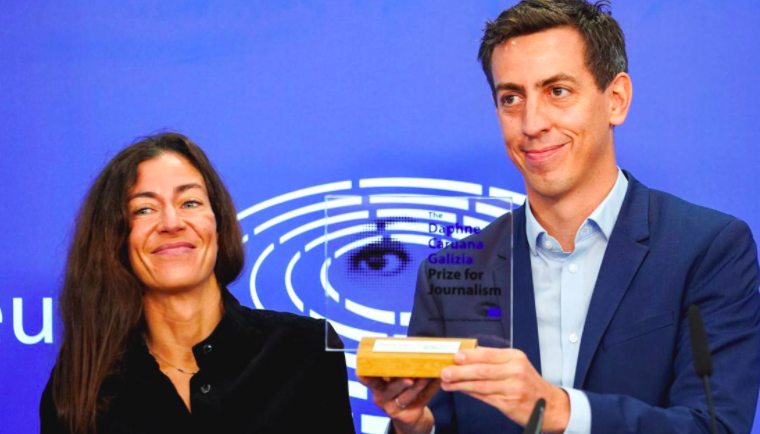 Sandrine Rigaud and Laurent Richard of Forbidden Stories, at the award ceremony in Brussels in Thursday where the international media consortium which reported the Pegasus Project received the Daphne Caruana Galizia Prize for Journalism from the European Union. The Wire is a member of the consortium. Photo: Twitter/@Europarl_EN

New Delhi: The ‘Pegasus Project’ coordinated by the Paris-based media nonprofit Forbidden Stories and involving 17 news organisations from around the world – including The Wire – has received the prestigious Daphne Caruana Prize for Journalism.

The prize was set up by the European Parliament in 2019 as a tribute to Daphne Caruana Galizia, the Maltese anti-corruption investigative journalist who was killed by a car bomb in 2017. It aims to reward outstanding journalism that promotes or defends core European Union values.

The prize was received by Laurent Richard and Sandrine Rigaud of Forbidden Stories at a ceremony in Brussels on Thursday.

“Since its inception in 2017, Forbidden Stories and its partners have pursued the work of Daphne Caruana Galizia, but also of journalists murdered for their investigations into environmental crimes or Mexican cartels,” a press release issued by the European Parliament reads.

What a symbol! Four years ago, @FbdnStories was born when Daphne Caruana Galizia was assassinated, pursuing and publishing her investigations worldwide.

🇪🇺 Today, @Europarl_EN presented the first prize that bears her name to the partners of the #PegasusProject. (1/9) #thread pic.twitter.com/cBvSIgn08P

Congratulations to the @FbdnStories journalists of the #PegasusProject, winners of the first Daphne Caruana Galizia Prize.

Protecting and supporting journalists is in the vital interest of democratic societies. Thank you for your invaluable work.

Representing the 29 members of the European jury, the Secretary General of the International Federation of Journalists, Anthony Bellanger, presented the €20,000 prize money to the representatives of the consortium, Sandrine Rigaud and Laurent Richard, the official release says.

Founded in 2017, Forbidden Stories has earlier won prestigious awards around the world, including the European Press Prize and the Georges Polk Award.

The winning story – Forbidden Stories’s summary of the worldwide findings of journalists involved in the Pegasus Project – was awarded the prize out of a pool of submissions by more than 200 journalists from 27 EU countries.

Starting from July 2021, reports written by more than 80 reporters from 17 media organisations in 10 countries – including The Wire in India – were published as part of the Pegasus Project. 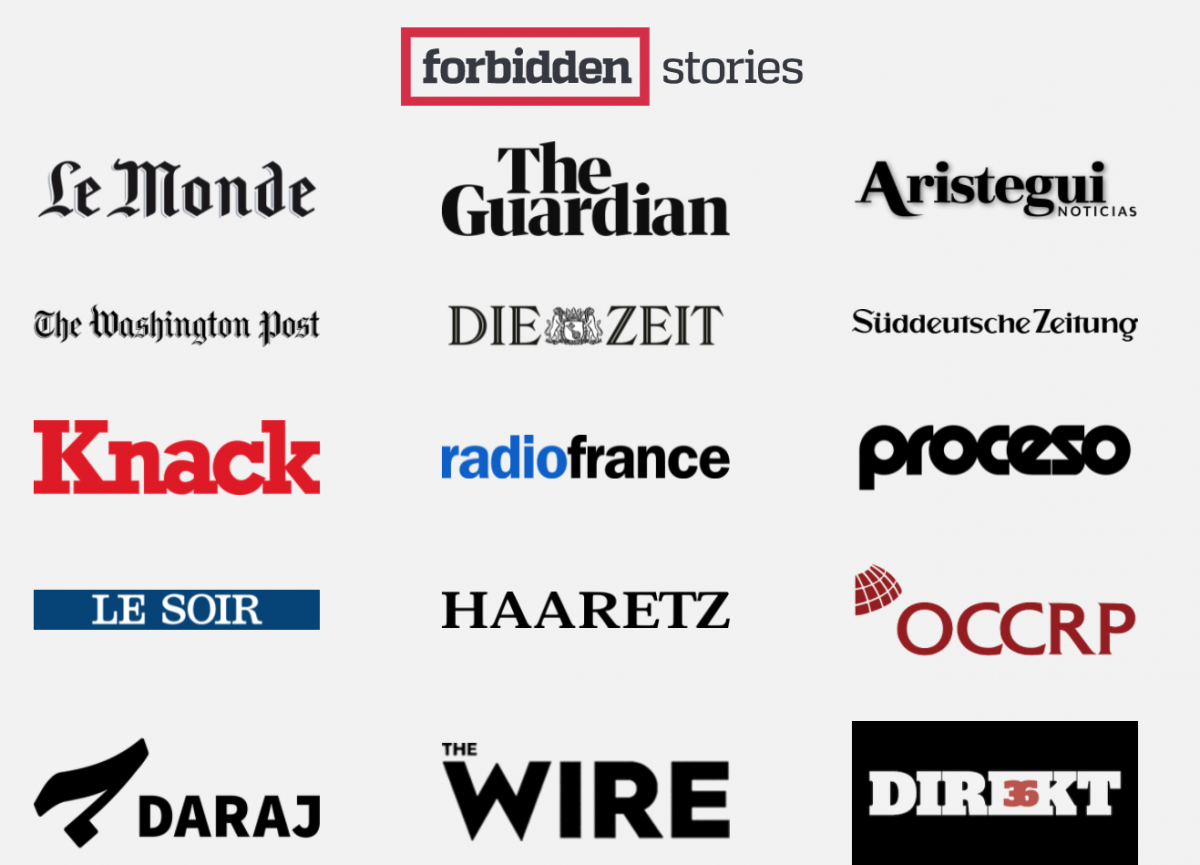 The journalists sifted through records of more than 50,000 phone numbers accessed by Forbidden Stories and shortlisted by unknown clients of the Israeli NSO Group, to unveil the breadth of the possible use of the surveillance spyware Pegasus. NSO claims to only sell to ‘vetted governments’.

“The Forbidden Stories consortium discovered that, contrary to what NSO Group has claimed for many years, including in a recent transparency report, this spyware has been widely misused. The leaked data showed that at least 180 journalists have been selected as targets in countries like India, Mexico, Hungary, Morocco and France, among others. Potential targets also include human rights defenders, academics, businesspeople, lawyers, doctors, union leaders, diplomats, politicians and several heads of states,” the press release says.

The phones of some of The Wire’s journalists had also been spied upon, detailed investigation by the Amnesty International’s Security Lab revealed.

The reports have led to protests and opposition-led movements in the parliament as well. The Supreme Court is currently hearing public interest litigations from some of the journalists and activists whose phones were tapped into with the use of Pegasus.

Read all of The Wire‘s Pegasus Project stories here.