Spokesman for Patanjali admits the cancellation of ads but denies the company sought to interfere with the editorial content of the channel. 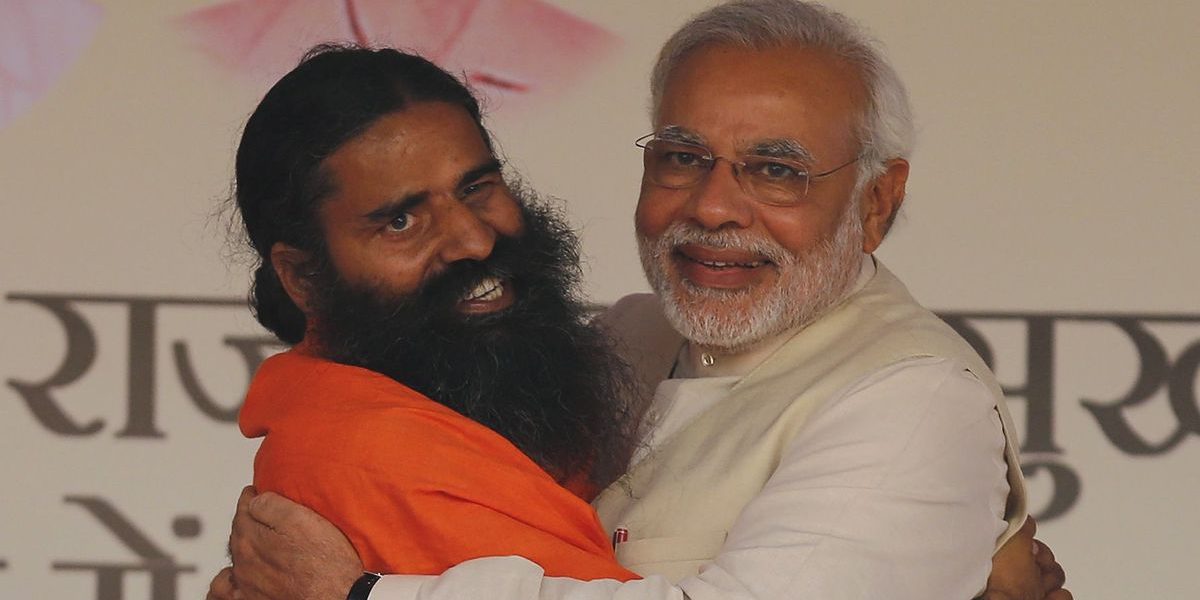 New Delhi: The controversial, high profile exit of two senior editors and the benching of an anchor at ABP News earlier this month may have flowed from the management’s desire to appease the Narendra Modi government but it was the sudden withdrawal of advertisements by self styled yoga guru and entrepreneur Baba Ramdev that likely forced the channel’s hand.

Patanjali, Ramdev’s highly visible consumer goods company, suddenly withdrew its advertisements from the channel around July 15, a person with direct knowledge of the affair told The Wire. The withdrawal came days after one of the channel’s editors, Punya Prasun Bajpai, broadcast an episode of his show repeating the charge he had earlier made of the Modi government misleading the public by claiming a woman farmer had doubled her income after signing up for one of the prime minister’s schemes. Bajpai has since resigned from the channel.

The withdrawal of advertising was confirmed by S.K. Tijarawala, a spokesperson for Patanjali, in response to The Wire‘s questions.

However, Tijarawala insisted the withdrawal had nothing to do with the stories that ABP News did which were critical of the Modi government.

“In fact, our FCT schedule should not have run at all after the deal got expired on 30th June, 2018. Due to omission & error, It was overrun during 1-15 July 2018. As the error was noticed, we withdrew the schedule from ABP News, ABP Ananda, ABP Majjha (sic),” Tijarawala wrote in an email response.

He declined to comment on the value of the advertising deal with the network but an official in ABP News said it was between Rs 50-60 crores. In the aftermath of the resignation of Bajpai and Milind Khandekar earlier this month, The Wire learns that Patanjali has agreed to resume its advertising contract with the network.

“We are yet to enter into deal for FCT in coming period. Hence question of restart from 1st week of August doesn’t arise and thus FCT schedule has not been started so far. Our media-mix and brand-mix is in planning stage,” says Tijarawala. He stressed Patanjali had nothing to do with the exits and that the group believes in media freedom. “It’s is none of our business. We do always respect and uphold sanctity of editorial and freedom of speech. The allegation is absolutely irrelevant,” he said.

After the withdrawal of ads, ABP News sent a legal notice to the Patanjali group for violation of contract. While Tijarawala first told The Wire that Patanjali’s contract had expired, he later admitted that a “communication” was sent by ABP News for “sudden cancellation.” He denied a legal notice had been sent by the group.

“That was not a legal notice, but just communication on mail. Later we received communication from ABP News that the mail that you received from them is a procedural communication that happens in-case of such sudden cancellations and advised us to ignore the same,” says Tijarawala adding that Patanjali’s relations with ABP are now “strong and cordial.”

ABP officials have chosen not to answer questions put to them on the subject.