Our Republic and That Republic

The Republic should have a reason to be grateful to the Maharashtra Police for smoking out the pseudo-defenders of the free press and free speech. 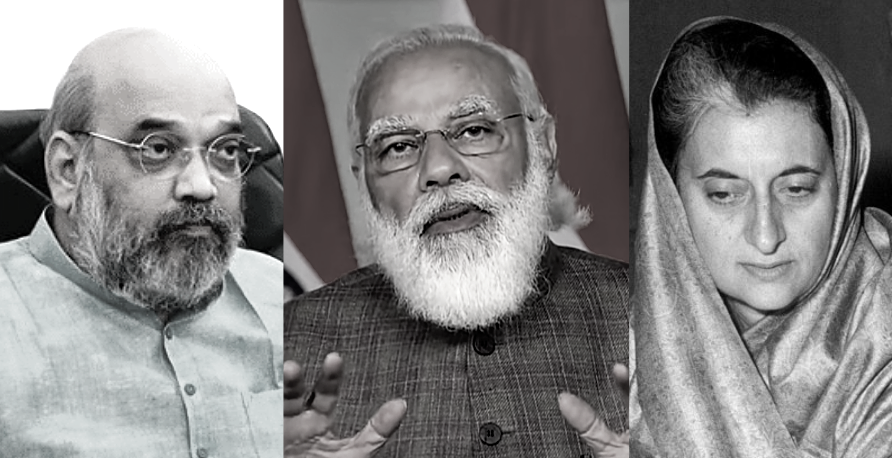 It is rather touching – and entirely duplicitous – of the BJP crowd, led by Union home minister Amit Shah and party president J.P. Nadda, to shed crocodile tears for the ‘assault on press freedom’ in the matter of their Republic. Coming from these commissars of a danda regime, this extraordinary – and revealing – defence of a news channel should be seized upon to revitalise the core principles of a free press.

It  is possible, at first glance, to subscribe to the charge of ‘vindictive’ action by the Shiv Sena-led  government against a media person who has made no secret of his own determined vindictiveness. Republic TV has chosen to position itself against all those voices – be they from political arena or civil society – who disagree with or oppose the Narendra Modi regime and its politics. This cunningly cultivated stance has been venomously deployed against the Shiv Sena leadership ever since it disrupted the BJP’s early morning anti-constitutional coup in Mumbai last November. The Chanakyas tried the hurried swearing in of Devendra Fadnavis but were beaten at their own game.

In the face of Modi and Shah’s practised roughness under the garb of ‘good governance’ and ‘deshbhakti,’ it should come as no surprise that the Shiv Sena quickly updated its own playbook to make political use of coercion and intimidation. There is nothing in the Shiv Sena’s DNA to make it turn the other cheek to what it saw as the BJP’s use of Republic TV as a tag team in its agenda of bullying a state government it did not control.

Of all people, the BJP crowd should have known. After all, this branch of the wider Hindutva family was very much its partner-in-crime for years. And that is why it is most bogus – and hilarious – for Amit Shah & Co. to have directed their ire against the Congress, the third junior-most partner in the Maharashtra coalition government.

It is understandable that the BJP and its vast constituency of mal-educated and unemployed ‘activists’ would seek to recall and re-ignite memories of the Emergency. Modi’s digital ‘enforcers’ are particularly good, often deadly good, in making selective use of history for their most anti-democratic initiatives and inflictions. And yet, the fact that an authoritarian party should want to position itself on the side of ‘democracy’ and the ‘free press’ is a small mercy.

Given the fact that since its 2019 Lok Sabha victory the BJP has sought to enlist most of the institutions and instruments of the state in its narrow definition of ‘law and order’,  its invocation of the “Emergency mind-set” should now be used – by those who care – to reclaim the democratic space. The Hindustan Times’s front page on the declaration of emergency. Photo: Author provided

The BJP’s presumed outrage against the ‘Emergency mind-set’ should be noted in particular by the lower magistracy functionaries, who have been all too happy to agree with the Delhi Police and other Central agencies in seeing every act of democratic dissent as a ‘conspiracy’ against the government. If the Bombay high court can so expeditiously attend to a habeas corpus plea in the matter of Republic TV, perhaps the rest of the judiciary can still be shamed into taking up similar pleas from Jammu and Kashmir.

It is good of the BJP leaders to warn the nation of the “Emergency mind-set” because a neo-Emergency mind-set has already crept upon us. Comparisons with the excesses of the Emergency are not out of place.

If it was Jayaprakash Narayan’s legitimate democratic right to publicly call upon the police and armed forces personnel to not obey the ‘illegal’ orders of the Indira Gandhi government, it surely should be permissible and acceptable for ordinary citizens – like Professor Ramachandra Guha – to organise protest against a perceived unjust law without being whisked away by the police. But no, not on Amit Shah’s watch.

That is why those who feel outraged at the rough treatment of Republic TV journalists need to keep in mind that they remained – and still remain – silent when the Unlawful Activities (Prevention) Act and the law of sedition are invoked at the drop of a hat. Therefore, even though the BJP’s defence of “freedom of the press” has to be taken with a pinch of democratic salt, it is good to hear a voice against the policeman’s excesses. A small victory for the Republic.

It is never, and can never be, a happy situation when police inspectors come knocking on a journalist’s door – even if the journalist is being booked in a case of allegedly dubious business practices. Republic TV’s journalistic practices – its delirious partisanship, its excessively loud tone, its utter disregard for conventional norms of civil dialogue, its contempt for any kind of code of conduct other than its own convenience and connivance – have long divided the media fraternity. Even if the journalists’ community and other democratic voices today find themselves duty-bound to protest the Maharashtra police actions, the channel has long lost civil society’s respect.

There are sobering lessons to be learned from this saga. First, for the media. Though its freedom of speech and expression is guaranteed in the Constitution of India, it is not a licence for outrageous journalism. Excesses will surely invite excesses. We are living in the era of the “wounded vanity of  governments” – to use an expression from Abhinav Chandrachud’s excellent treatise on free speech, Republic of Rhetoric. Even when a news channel or a newspaper doesn’t cross the line of objectivity,  this ‘wounded vanity’ can kick in, as dozens of editors and reporters have discovered during the past six months. But when a channel sets out to cross that line, a reaction is inevitable.

The second lesson is for the BJP and all its partisans. If the party’s governments choose to set ugly precedents of intolerance and police high-handedness, surely in good time others will dust up those precedents to practice a different kind of roughness. What is sauce for the goose can also become sauce for the gander.

Above all, it should be instructive for all institutional custodians of fairness and freedom that they serve the Republic poorly when they allow themselves to feel intimidated by the powers that be. The “Emergency mind-set” was characterised by the preponderance of one functionary over the inherent and inter-locking equilibriums devised in the constitution. Republic TV’s brush with the raw end of the law should serve an occasion to brush up our Republic and its democratic values.