When a newscaster arrived at work, she was told that the "regime has changed” and she should “go home." 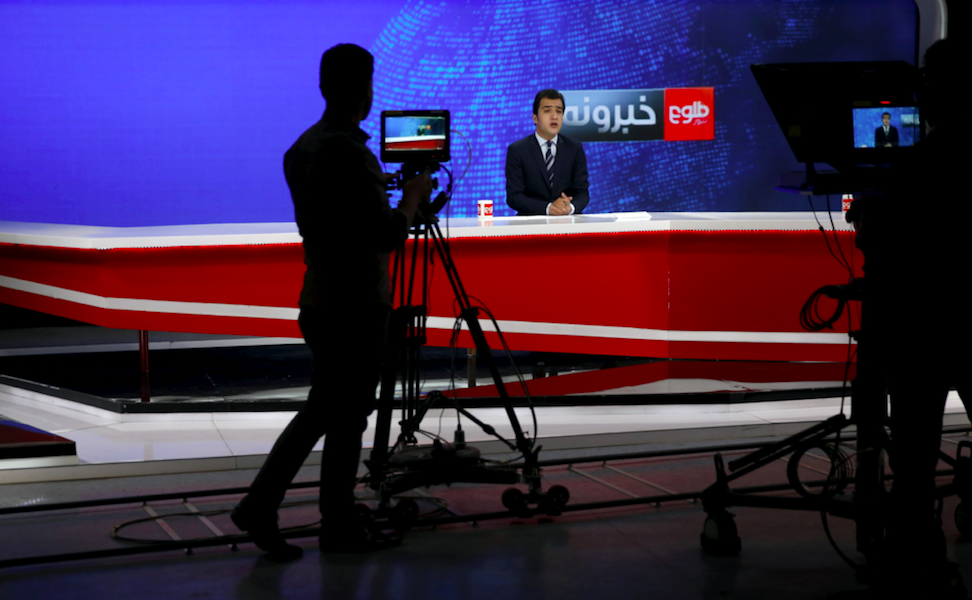 New Delhi: The Committee to Protect Journalists – a US-based NGO that keeps a watch on the rights of mediapersons globally – has called on the Taliban to permit a free press to operate and especially to let women journalists do their work.

The CPJ notes in a statement released on August 19 that in past four days, since the Taliban took over Kabul on August 15, at least two women journalists have been barred from broadcasting the news at Radio Television Afghanistan. CPJ has also learnt that the Taliban “have attacked at least two members of the press while they covered a protest in the eastern Nangarhar province.”

Calling the removal of the women news presenters an “ominous sign,” the CPJ’s Asia co-ordinator Steven Butler said this action is indicative of the fact that “Afghanistan’s Taliban rulers have no intention of living up their promise of respecting women’s rights, in the media or elsewhere.”

In their first official news conference in Kabul on Tuesday, August 17, the Taliban declared that they wanted peaceful relations with other countries and would respect the rights of women within the framework of Islamic law.

The Taliban’s main spokesman Zabihullah Mujahid women would be allowed to work and study and “will be very active in society but within the framework of Islam.”

However, an editor at Pajhwok News Agency in Kabul told Reuters on condition of anonymity that a Taliban official had advised his 18 female reporters to work from home until the movement had finalised its rules on women at work.

Taliban collapses with laughter as journalist asks if they would be willing to accept democratic governance that voted in female politicians – and then tells camera to stop filming. “It made me laugh” he says. pic.twitter.com/CIwQQTSxgN

Members of the Taliban “arrived at the [state-owned] Radio Television Afghanistan’s station and a male Taliban official took the place of Khadija Amin, an anchor with the network,” CPJ wrote, citing a New York Times report.Amin herself told CPJ that she had been told by the station – now running under a new Taliban head – to “stay at home for a few more days”.Another presenter at the same outlet, Shabnam Dawran, was told that the “regime has changed” and she should “go home,” CPJ noted.Women’s participation in media was banned when the Taliban was last in power from 1996 to 2001.Also read: ‘It’s Not About Them Saving Us’: Amidst Despair, Afghans Promise Resistance

“It has become clear there is a gap between action and words,” Sahar Nasari, a presenter on RTA, wrote in a Facebook post on August 19 in his native Pashto, Reuters has reported.

Nasari said Taliban members took his camera and beat up his colleague while he was trying to film a story in Kabul on Thursday.

Men who work at the outlet were allowed entry, CPJ’s sources said. Since August 17, a Taliban-appointed news anchor has been relaying the group’s statements.

The journalists noted that they were beaten everywhere on their bodies with the bottoms of rifles, as were the protesters.

The CPJ statement also mentions investigation into a report of the Taliban’s murder of the family member of a DW editor. The houses of at least four mediapersons have additionally been raided, the release says.

Saad Mohseni, the head of media group MOBY which runs Afghanistan’s largest private broadcaster Tolo news, told Reuters his journalists had not been harmed since the Taliban came to power, and that his female reporters continued to work.

In one Tolo broadcast this week that would have been unthinkable during the Taliban‘s previous rule, a female Tolo presenter interviewed a Taliban official.