A 200-Member Government Team Is Watching How the Media Covers Modi, Amit Shah 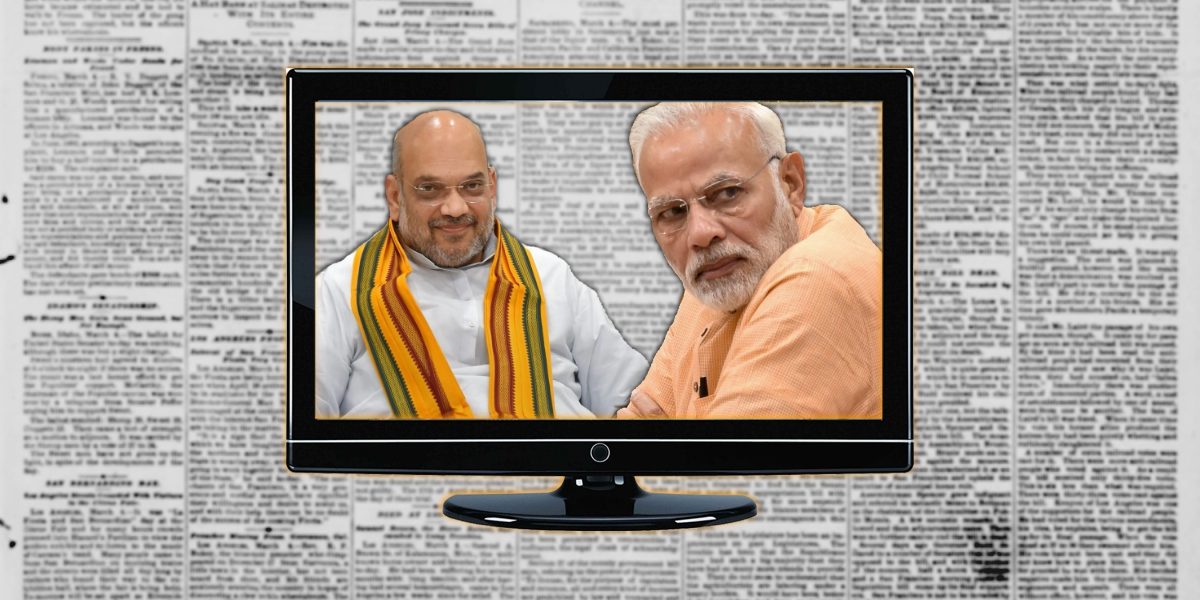 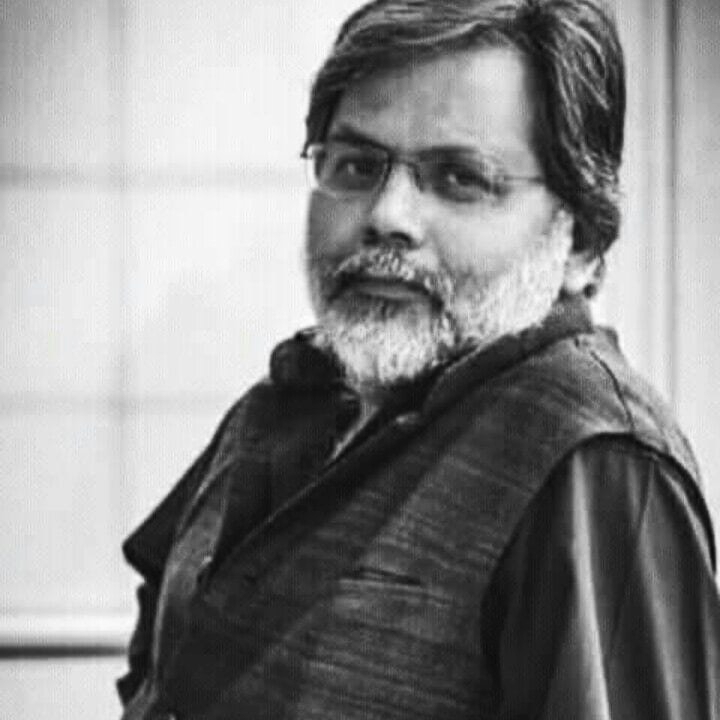 New Delhi: Located right next to the Central Bureau of Investigation’s headquarters in Delhi is Soochna Bhawan and on its tenth floor is ground zero – the war room from where the government carries out its operation of monitoring television news channels across the country, day after day, 24×7. There’s a 200-member team that does just that.

In recent days there’s been a new development, the first of its kind in four years – the cell phones of the monitoring team are now being confiscated right at the entrance. And in a first, their supervisor, an additional director general from the information and broadcasting ministry, has warned them in no uncertain terms that there should not be a repeat of the explosive information breach that occurred recently when details pertaining to the monitoring of the primetime programme, ‘Masterstroke’, were leaked to the programme’s editor.

Members of this monitoring team are subjected to six-monthly contracts despite having worked for several years, and now there is a move to eject the 10-15 individuals who have been demanding permanent employment and a salary hike.

There may be dissension over working conditions but there is no confusion about the brief the team members have to follow. The instructions are crystal clear – to prepare daily reports tracking which of the channels show Prime Minister Narendra Modi and Bharatiya Janata Party president Amit Shah, in what manner and for how long. Unable to quell his own yearnings, I&B minister Rajyavardhan Rathore too has a separate report prepared along those lines – which channel shows him, in what manner and for how long.

Basically, the intention is to track the news channels – what they are showing, what they are saying, what  subjects they have debates on, who appears on those debates, who says what, whose statements favour the dispensation and whose views do not. Everything is to be monitored and noted. The sharpest gaze, though, is reserved for the content that makes up primetime bulletins. Close attention is paid to the view a channel takes, the kind of reports it airs. If the report is on a government policy, that fact will be mentioned separately. Bit by bit, bite by bite, the report is prepared, day after day. The file bulges. 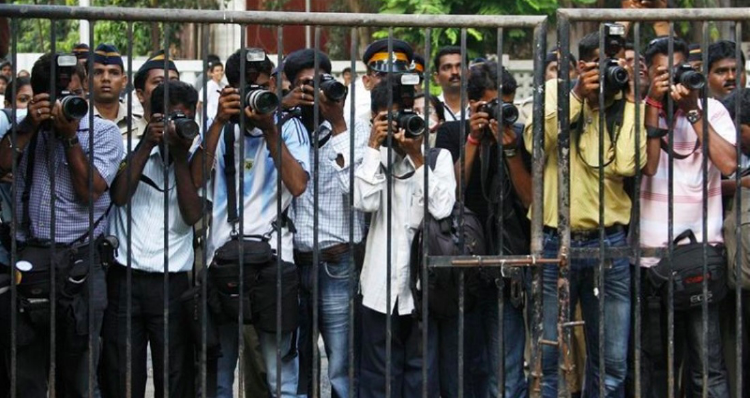 The focus is on the media this time.  Credit: Reuters (Representational image)

Then the faces of those journalists whose programmes require a stricter gaze, a gimlet eye, are imprinted on the minds of the monitoring team. The yardstick of appraisal is simple – TV channels are graded as per their tilt towards the establishment. Channels that giddily praise the government occupy pride of place in the ‘reliable’ category. Channels that are a bit stingy about showing the face of the prime minister are placed in the middling category. These channels receive a call from someone in the monitoring team. In a jolly tone he says they should show the prime minister on screen more often.

The way these conversations take place is no less interesting. Last week, the editor of a Noida-based, Uttar Pradesh-centric channel, received a phone call. The caller, introducing himself through some old connection, carried on a conversation about the media with the editor.

And then, in the same jolly tone, came the message: “Your channel doesn’t show him much on screen.”

The editor asked: “Who is shown less?”

The monitor replied: “Hullo! Who else but our prime minister.”

The editor responded: “What are you saying? We show him on screen a great deal.”

The monitor shot back: “It must be a great deal for you. Ask us, we are the ones monitoring the channels. We watch your reports. Your channel comes somewhere in the middle.”

The editor said: “Now that you are saying it, we will show him more.”

The monitor responded thus: “Whatever you see fit.”

The editor asked: “Is this a suggestion or a warning?”

Can you imagine the competition among channels, to see who gives maximum screen time to the prime minister, or the number of channels that would be receiving a warning in the guise of a friendly telephone call?

Beyond that, there is nothing remotely friendly about the monitoring moves. The next phone call that is made from the premises of Soochna Bhawan is placed to the I&B ministry at Shastri Bhawan or the BJP office. From a special nugget of information to cutting short a live programme or even suggesting a specific topic for debate, everything is discussed.

If a channel does not oblige, once again a warning masquerading as a friendly suggestion is issued: “I say, you don’t seem to understand the significance of the issue. You are the editor, it is up to you to decide, but at least try to comprehend what is important for the nation. You are not sensitive to the interests of the nation. You must realise that the times are changing, and the old ways of thinking are passé.”

And then the clincher: “You are intelligent… You’re capable of understanding. Be sensitive towards us or we shall not be able to participate in any of your programmes.” 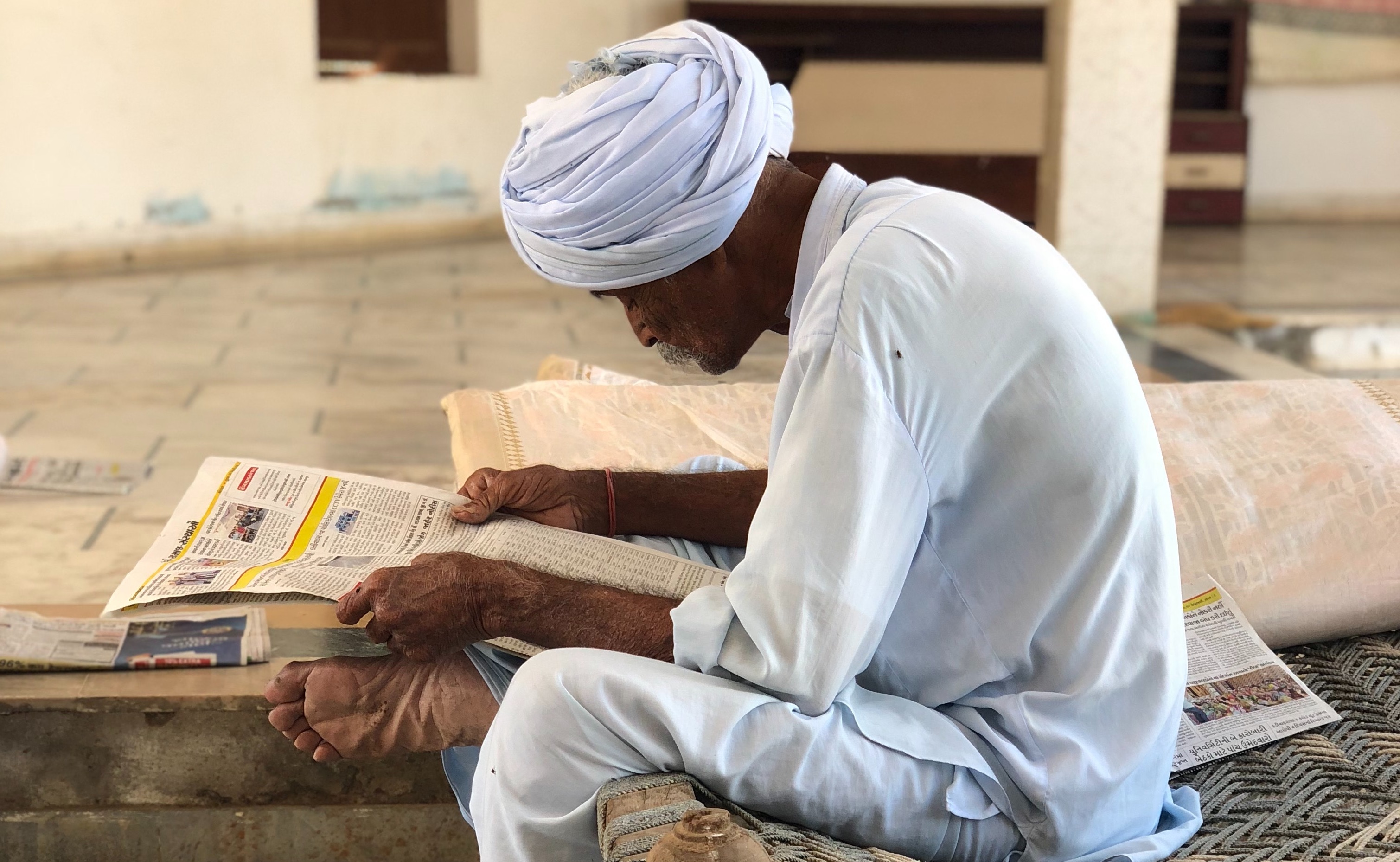 It is important to note that the methods used after this stage go all the way to the proprietors of the channels. These days, as things stand, proprietors have started considering themselves to be editors too. Before them, the professional editor is often reduced to the status of a trainee. To hold on to the remuneration that goes with the position, the editor often changes; moulds himself or herself.

In these circumstances, when a file bulging with the monitoring team’s reports reaches the proprietor-editor, it gives rise to two kinds of reactions: first – our channel is so influential that the government was constrained to take note of it; and, second – such a fat dossier, there must be some truth to it. What follows is that the editor is taken to task and the channel kowtows before the powers that be.

These reactions can play out in other ways too. For instance, a proprietor-editor who thinks the government had to take note of the channel because of its influence may feel that the file can be used as a bargaining chip. Another may feel that if the details enumerated in the file are true, then it is nothing but a means of intimidation, which might trigger in him the thought that the credibility (or even security) of the channel should not be compromised. How many proprietor-editors can be included in this category is the million-dollar question. That there are such proprietor-editors cannot be denied either.

It is not as if these aspects of monitoring were put in place by the Modi government. Equally, it cannot be denied that it is under the Modi government that ‘monitoring’ gained a whole new meaning and was taken to a whole new level – to be used as a way of tightening the noose around errant channels. The monitoring system was put in place in 2008, when Manmohan Singh was the prime minister. At that time, the focus was on seeing how the channels were covering the Bharat Nirman Yojana, a time-bound programme to create rural infrastructure, and terrorism, in the wake of 26/11 when some channels inadvertently exposed details of counter-terrorism operations.

In 2009, Ambika Soni became I&B minister. Through the monitoring system, an eye was kept on sensitive issues. Yes, there was a need to know what was happening. But neither Manmohan Singh nor Soni were guided by the desire to use monitoring as a means of image projection. The monitoring was more aggressive  during Manish Tewari’s tenure as minister.

But after 2014, there was a sea change in the way monitoring was perceived and was to be accomplished. For one, the strength of the monitoring team shot up from a 15- or 20-member team to 200.  Moreover, state-of-the-art technology was installed at Soochna Bhawan to aid the team. Recruitments were made through the Broadcast Engineering Corporation India Ltd. Young graduates armed with a one-year diploma course certificate were employed on six-month contracts, on a salary of Rs 28,635. One level above, the seniors were brought in on a salary of Rs 37,450. Above them were 50 content editors with a salary of Rs 49,500 – their jobs too were not regularised, even though they may have been working there for as long as four years. 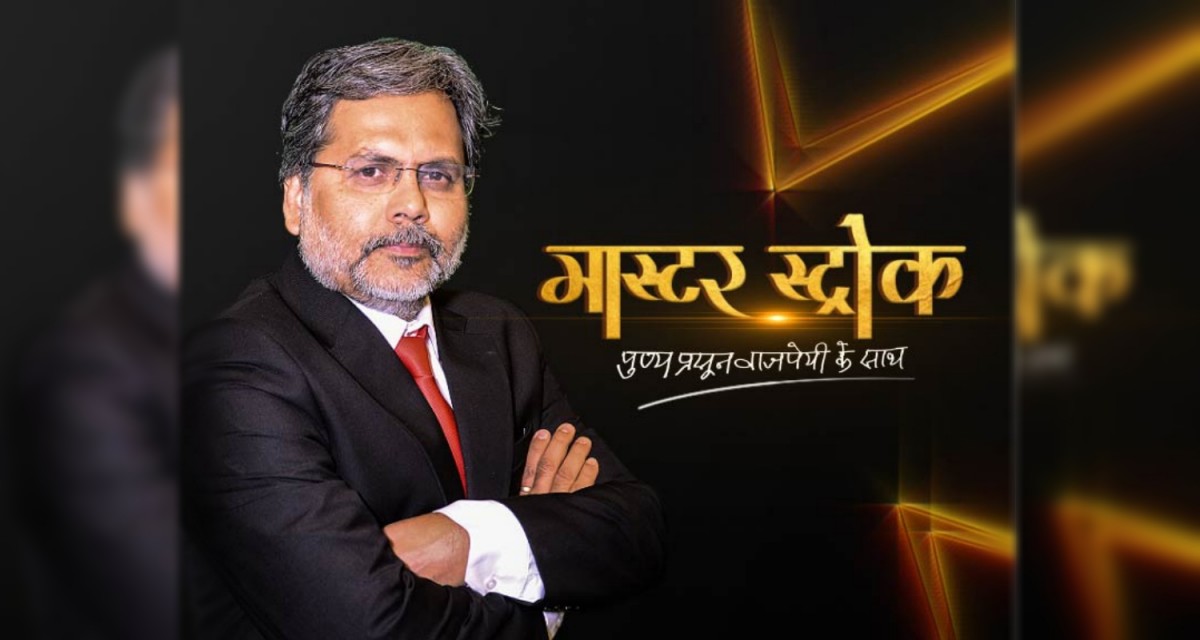 There was no attempt to monitor whether the news channels covered issues to do with the rights of the people or the constitution. In the last four years, the entire paraphernalia of monitoring had just one agenda – to see how Modi’s image could be amplified.

Interestingly, the first casualty of monitoring was Doordarshan (DD) News itself, for not giving adequate coverage to the prime minister’s foreign visits. Naturally, there was a complete overhaul of DD. Monitoring meant just one thing – building and projecting Modi’s image. Accordingly, there was an all-out effort to see that private channels also propagated the policies of the Modi government. Many a gambit was adopted to make sure this happened.

In the last six months, another name has been added to that of Modi in the monitoring agenda – Amit Shah. His presence is also being measured in channel after channel. In the same sequence of events, the new and sprightly I&B minister has started asking for reports about his coverage on the news channels, too.

Following the Masterstroke saga, when I first disclosed the role of monitoring team, there is an Emergency-like situation at Soochna Bhawan – apart from the constant information gathering and meetings, there is now strict monitoring of the monitoring team to ensure they do not leak any of their work secrets to the outside world. The employees whose job it is to keep a watchful eye on channels are themselves being watched, or surveilled. They are required to deposit their cell phones at the entrance; their numbers are being screened to trace the one among them who leaked information about a separate report being prepared on Mastertstroke.

As is evident, the effort to tighten the noose around news channels through an unprecedented level of monitoring continues unabated.

Punya Prasun Bajpai is the former anchor of ‘Masterstroke’ on ABP News.