R. Muralidhar, Manager and Sheet-Anchor of The Wire, Passes Away of COVID Complications

There are men and women like Murali in every decent news organisation in every country of the world. They are the unsung soldiers of the free press who labour so that journalists can do the work that they do. 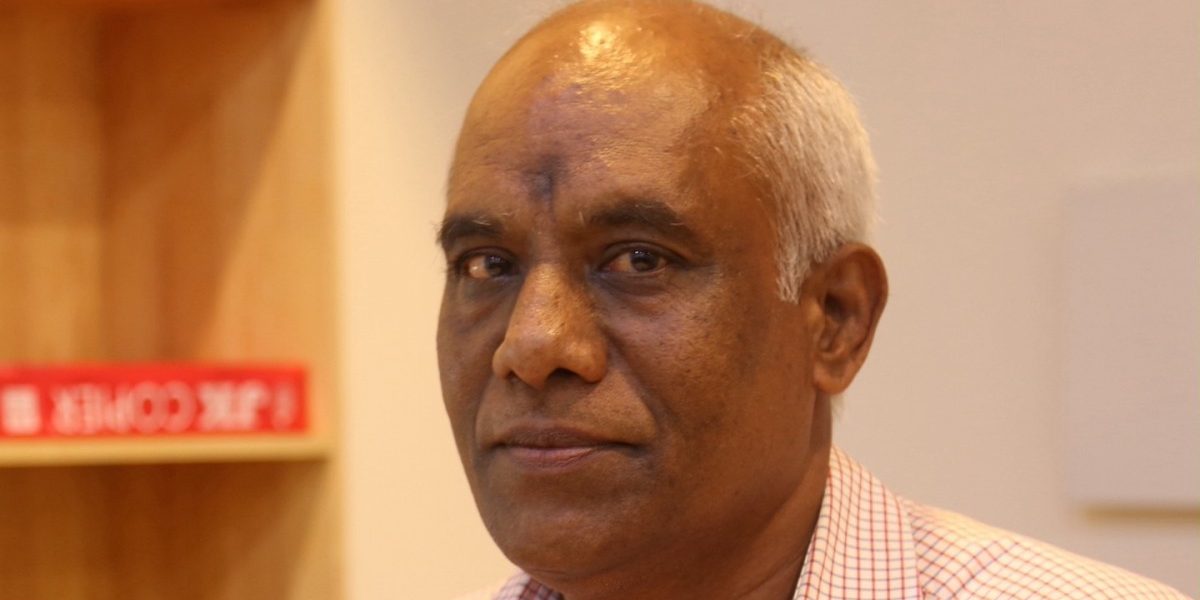 For every reporter at The Wire, every visitor to its office in Gole Market in Delhi and every organisation that had dealings with the news platform and its parent body, the Foundation for Independent Journalism, Murali was the first – and the friendliest – face they would encounter.

On Monday morning, Radhakrishna Muralidhar succumbed to COVID-19 in the intensive care unit of a Delhi hospital. He was 63. His formal designation was Manager, a position he held at The Wire more or less from its inception in 2015. But his actual role was to anchor the organisation in the safest of harbours from where the everyday exigencies of running a business – especially a non-profit one – were efficiently attended to while its founding editors and the small editorial staff we were assembling were able to pursue our journalism. That is how The Wire grew to become what it is today, a strong and independent news organisation with millions of readers and viewers in four languages. Hardly any of them would have seen or heard of Murali, or ‘Murali Sir’ as many of my colleagues called him, but he was the secret additive that kept our engines in good shape.

Of course, carrying the designation of ‘manager’ for a feisty news organisation meant there was occasionally a price to pay. At The Wire, ever since we wrote about the business affairs of Amit Shah’s enormously talented son, we had got used to our friendly local postwoman bringing in fat green envelopes bulging with legal summonses for criminal and civil defamation. There were two cases filed by Jay Shah, six by the Adani group, one from the Essel group of Subhash Chandra, and others by the businessman-politician Rajeev Chandrashekhar and businessman-godman Sri Sri Ravishankar.

I will leave readers to figure out the connection between all these gentlemen but as editors and owners of The Wire, we expected those suits to name us and they invariably did. But one day, Murali came to me with an open envelope. “You should congratulate me. I have now joined your club,” he said, smiling broadly. In one of its frivolous defamation cases against The Wire, the Anil Ambani group had named ‘R. Muralidhar, Manager, The Wire’ as a respondent. Why they picked on someone who had no legal responsibility for what The Wire publishes is not known. What is known is that the thought of being dragged to a court in Gujarat did not unsettle Murali in the least. He was not a journalist but he had been around us hacks long enough to know the thrill of a good story. I’d like to think he saw the case as a badge of honour. But he also saw it as cumbersome paperwork that The Wire would need to attend to. And that it was his job, as manager, to backstop its editors and reporters and make sure they did not have to take time off their journalism to deal with this harassment.

From monitoring our finances – a stressful affair – and corporate compliances, to our fickle internet service and the induction of interns and new employees, Murali handled it all. “I am really heartbroken,” one of our youngest colleagues said today on hearing the news of his death. “On my first day, I was very nervous. He brought me a glass of water himself and asked if I would like to eat something.”

Before he joined The Wire, Murali had a long and distinguished career at the Times of India group. I first met him as a callow assistant editor on the editorial page of The Times of India, whose functioning he helped administer under the supervision of the edit page editor, Sanjaya Baru. On my first day, a bureaucratic HR manager angrily phoned me to ask where my “joining report” was. I was foxed. Murali smiled when he saw my blank look and typed out a single line for me that he said I should simply sign and send downstairs. It read: “I have hereby joined”. HR never bothered me again.

Murali’s efficiency in the editorial department was legendary and quickly came to the notice of the newspaper’s maverick owner, Samir Jain. He moved him up to the fourth floor of Times House. I would bump into Murali occasionally whenever Samir Jain summoned some of us upstairs for lengthy (and tiresome conversations) that another colleague, the late K. Subrahmanyam dubbed ‘chemotherapy’ since they were as unpleasant as the cancer treatment he was undergoing. Samir Jain would get annoyed if we didn’t have notebooks with us to jot down his ‘insights’ and knowing my undisciplined ways, Murali would invariably slip a pad into my hand when I walked past his desk.

I left TOI in 2004 and lost touch with Murali until he came back into my life in 2015 just when The Wire project was gathering steam. By then, he had rotated through several departments of the elephantine Times group and turned 58, the sarkari age that this most private of companies chooses to retire its employees. “I heard you and your friends have launched something. Can I work with you?”, he asked. We had no money and no firm plans for getting any either but I shouted down the phone. ‘Yes, yes!’ He turned down another offer on little more than a promise from me that we would somehow manage a salary for him because he had spent the better part of his working life in the media and the old cliché of the ink getting into your veins is true even for those who are not journalists.

Murali understood the importance of The Wire and believed in its mission. He was a deeply religious man who did his best to go on regular pilgrimages to Tirupati. He cared deeply for his family and his colleagues. Years after a senior journalist had retired from the Times of India he chased down the loose paperwork that had held up her pension. He had no locus or reason to do so but he did it anyway, smilingly. At The Wire, he could be a disciplinarian but he was also willing to go the extra mile to ensure a colleague with genuine constraints was accommodated.

There are men and women like Murali in every decent news organisation in every country of the world, of that I am certain. They are the unsung soldiers of the free press who labour and toil so that journalists can do the work that they do. There are no awards or accolades for them but they treasure the honours that reporters bring to the organisation as if they were their own. They are not deterred by the attacks on media freedom. They are not intimidated by vexatious law suits. They do not get demoralised by financial challenges. They just quietly do their job.

The next time you read a great investigative story or a hard-hitting piece of journalism or watch a news report that moves you, remember this: the journalist whose name you read has a guardian angel in the office, standing by her side. Murali Sir was the guardian at the gates of The Wire, its Dwarapala. And we will remain strong knowing his spirit is still watching out for us.