With the Death of Mumbai Mirror, a Connection With the City Is Lost

Large and slow media will become extinct. The future belongs to small and nimble digital publications which practice real journalism. 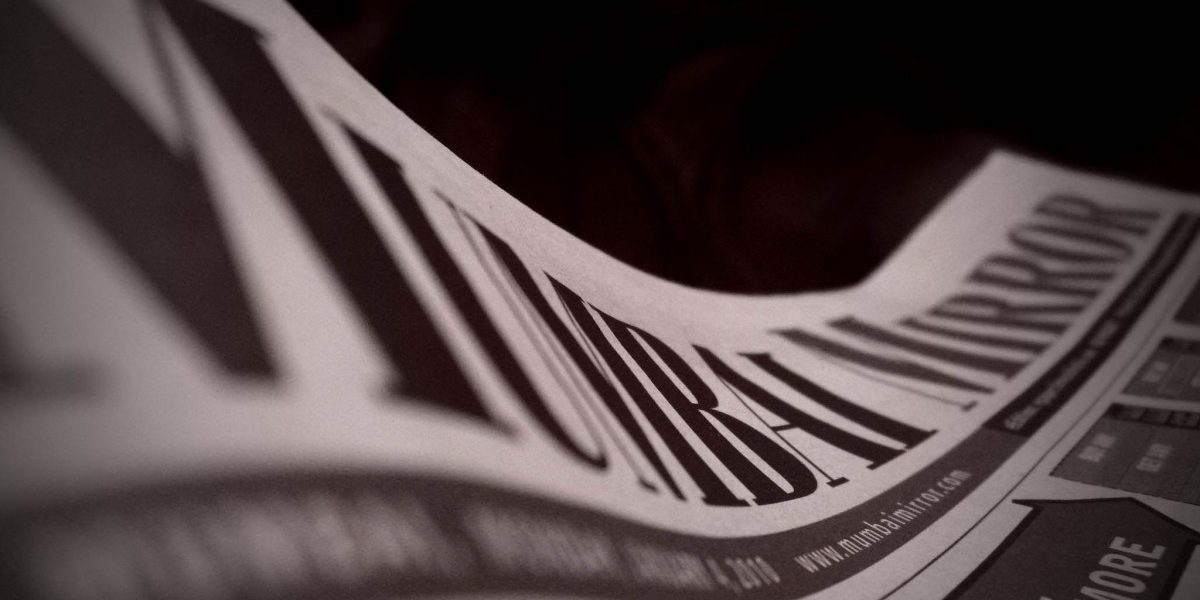 Masthead of the Mumbai Mirror. Photo: Kavya Bhat/Flickr CC BY 2.0

When a newspaper shuts down, a public conversation comes to an end. And the Mumbai Mirror, which will soon cease publication, carried out that conversation with the city with enthusiasm and verve.

A tabloid, Mumbai Mirror was set up in 2005, a landmark year which saw the launch of two more papers in the city – DNA and the Mumbai edition of Hindustan Times. The economy was booming and newspaper groups saw Mumbai as a good market to enter – the Times had dominated the city for a long time but there was room for competition.

DNA entered Mumbai with a massive and memorable ad campaign that established the ‘brand’ in advance – there was real anticipation of a refreshing new all-colour daily. Jobs were available for asking and otherwise poorly paid journalists began to get lucrative offers to join the new papers.

The Times group reacted in the way they had perfected – they quickly launched a new title to outflank the forthcoming competition, so that the advertising tie would further shrink. They had done this in 1989, by bringing out The Independent to take on Vijaypat’s Singhania’s Indian Post. The Post soon collapsed and after a few years, The Independent, which was not profitable, was shut down. Around that time, the Economic Times went pink because of rumours that Dhirubhai’s new paper, the Business and Political Observer, would be of that colour. The Economic Times saw off the Observer, which too was wound up.

But the Mumbai Mirror bucked that trend. It became hugely successful on its own terms, though it was propped up by the Times marketing machine and circulated along with the main paper at a composite price. That took care of the circulation, but what was solely the effort of the Mumbai Mirror team was its journalism.

Under founding editor Meenal Baghel, the Mirror came to be known for its feisty, public service journalism, reporting on every aspect of the city. It asked tough questions of the authorities, it focused on the problems of citizens, and it also brought entertainment and society gossip to its readers. This was Mumbai with all its warts and glories, sexed-up with bold, loud headlines and great photos.

Also Read: The Journalist’s Job Is Not to Speak Up for the Government But to Ask Questions

It had a wide array of columns, writing on law, the economy, culture, and much else – including a popular daily column on sex problems, written by the redoubtable nonagenarian Dr Mahendra Watsa.

As Indian mainstream papers got more and more compromised and started bending towards the political establishment – especially after 2014 – the Mumbai Mirror remained its independent self, doing stories that were often critical of the state and Central government, in a completely professional way.

An interview with Amartya Sen was headlined – ‘Modi must rein in the pro capitalist right wing hyenas’ and ‘Burning, Broken, the idea of (you fill in the rest)’ was on the front page along with two photos – one of the Hathras rape victim cremated by the police and the other on the acquittal of all accused in the Babri Masjid demolition case. In May 2020, when 16 migrant workers on their way back home during the COVID-19 lockdown were run over by a train, the paper printed a large photo of railway tracks and boldly said, ‘Sorry we have run out of all words today’. Loud and unconventional no doubt, but the Mirror was a tabloid after all. 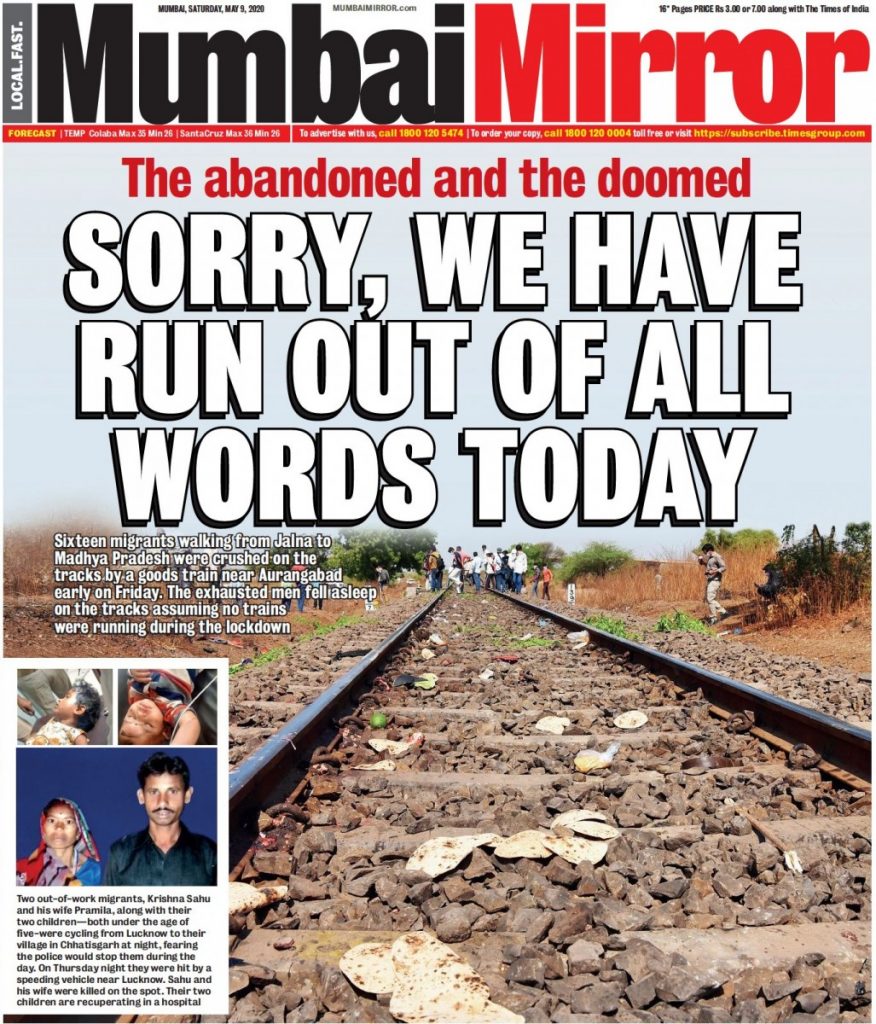 On the city front, it was quick to report from the citizens’ point of view – cheating builders, unresponsive municipal officials, and also heart-warming stories about local heroes who went out of their way to help others – it was all there. Good journalism is local – the community that supports the newspaper must think of it as its own and the Mumbai Mirror certainly established that connection.

And now it is shutting down. The pandemic and the consequent fall in circulation and revenue are given as the reasons, but that affects everyone. Till last year, it was a highly circulated, profitable publication. Could the Times group, which must have huge reserves, not have supported it for a few more months or even years? And what happens to the 100 plus employees at a time when the job market is at its lowest, with hundreds of sacked and retrenched journalists still unemployed?

The last few months have seen many newspaper groups, including the Times group, letting go of a large number of their employees. Salary cuts have been imposed on those still employed. DNA and the Mumbai edition of The Hindu have shut down. Newspapers are looking thin and emaciated, and advertising has shrunk. A lot of people who did not get the papers during the lockdown have lost interest in restarting their subscriptions.

The pandemic has only accelerated the inevitable

The pandemic is certainly to blame, but it has merely accelerated what was inevitable – the print medium is no longer viable. All over the world, newspapers have been shutting down for years as more and more readers switch to getting their news online. Television channels are apparently still going strong, but they too do not have a future – the investment is simply not worth the revenue generated.

Print, with its two hundred plus year legacy in India, remained strong here bucking the international trend. That was merely for economic and social reasons – Indian newspapers were cheaper than their international and even SAARC counterparts, because they cover price was hugely subsidised by advertising and other revenue earning channels.

The most unethical of these was selling editorial space and working out deals with private companies. Journalism was the first quality because the papers became reluctant to publish anything that would hurt advertisers. Soon, newspapers also became chary of being critical of the Narendra Modi government though they were quite ‘independent’ when it came to attacking the UPA.

In India, newspapers are still respected for their coverage and the population is large enough to support hefty circulations. The papers continued to be profitable and didn’t see the need to go digital, apart from just uploading regular news stories and mixing it up a bit with a larger dose of gossipy, entertainment and glamour stories. Bollywood, cricket and gossip – the formula paid dividends and brought in advertising so that’s the route everyone took. Again, journalism suffered.

But this head-in-the-sand position could not go on forever. A new breed of independent news sites appeared, which were focused on reporting and had no compunctions about asking tough question of the establishment, both political and corporate. The young are digital natives and have been switching to getting their news and analysis from online sources. 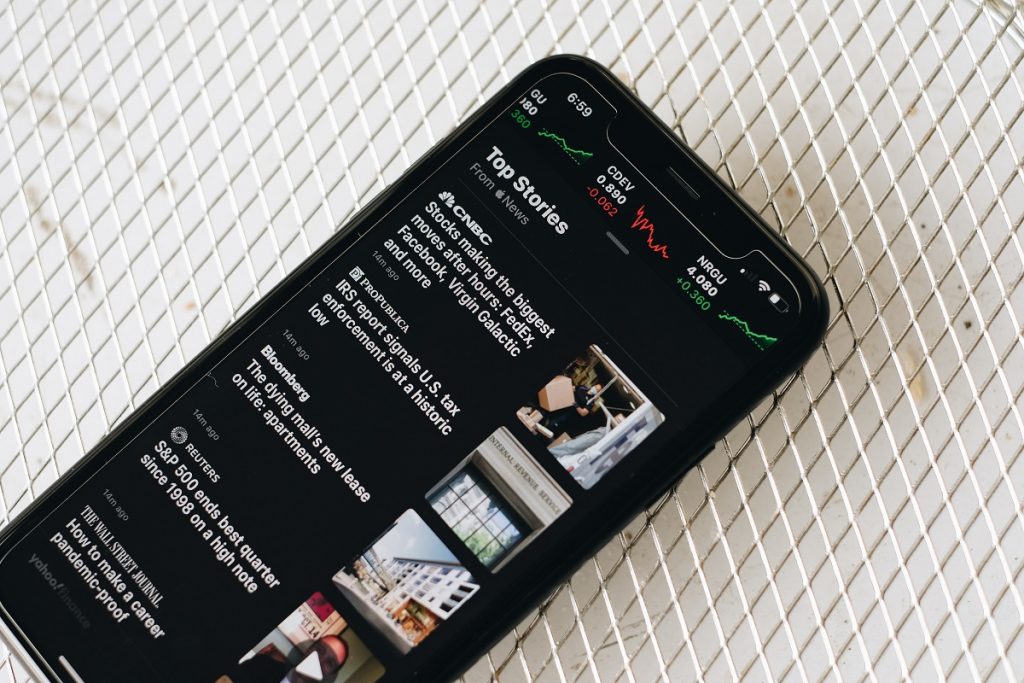 The circulation numbers of these new sites are minuscule and revenue almost non-existent. In fact, hardly any advertising comes to digital news sites and they have to rely on donations or investors. But they have a loyal and growing readership which likes their independent writing and a few have the attention of opinion makers. Social media provides amplification and is changing the game. A good mix of digital and print – like with the New York Times or Financial Times – can work and also make money, but again, to re-emphasise, the reader cannot be taken for granted and palmed off with weak and insipid reporting. In short, they need to hold an intelligent conversation with the reader and with society at large. If they don’t go back to good, old fashioned journalism, they will cede further space to the younger digital platforms.

The future belongs to digital. Print papers are dinosaurs and may limp along, but it will get tougher and tougher. The old model of huge staff, large offices, new printing presses, newsprint costs, will not work anymore. Media groups have to be nimble, not large and slow.

‘Digital’ seems to be the magic mantra every newspaper executive uses – Mumbai Mirror will now go fully online – but the old ways of journalism cannot continue. The groups will have to invest in people and resources to enable these journalists to get good stories and publish them without fear or favour. Given what these groups have become, that looks like a tall order, but it is the only way to survive in the future. Otherwise, the printing is on the wall.