Ahead of PM's Himachal Visit, Order for Journalists to Produce 'Character Certificates' Withdrawn

The order, withdrawn on October 4, had mandated that all journalists who wanted to cover the prime minister's visit to the poll-bound state need to produce character certificates in order to gain access to the event. 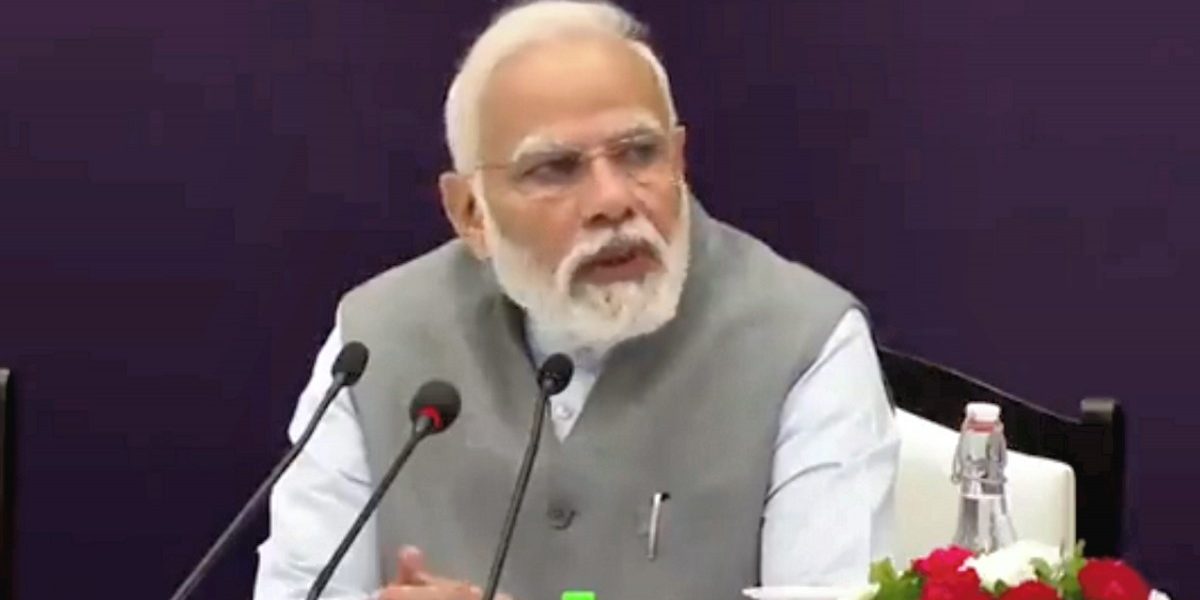 New Delhi: In a controversial notification issued last week, the district administration of Bilaspur in Himachal Pradesh had ordered journalists looking to cover Prime Minister Narendra Modi’s visit to the state for Dussehra celebrations tomorrow, October 5, to produce character certificates in order to obtain access passes. The notice has now been withdrawn.

Modi is slated to speak at an event in Luhnu Ground in the poll-bound state’s Bilaspur district tomorrow after his last rally, scheduled to be held in the state’s Mandi city on September 24, was cancelled due to inclement weather.

What’s more, the order applied not just to privately-owned news publications, but also to public broadcasters All India Radio (AIR) and Doordarshan as well.

The police, too, issued a notification on September 29 directing the District Public Relations Officer (DPRO) to provide a list of all “correspondents, photographers, videographers team of Doordarshan Kendra and AIR along with a certificate of their character verification” to the deputy superintendent of police, Criminal Investigation Department, Bilaspur, by October 1.

“Their access within the rally or meeting will be decided by this office,” the notification read.

A copy of the police notification.

However, on October 4, Himachal director general of police Sanjay Kundu clarified in a tweet that all journalists are welcome to cover the event and that the state’s police will “facilitate their coverage.

Any inconvenience is regretted.

The Bilaspur superintendent of police (SP) also wrote to the DPRO on Tuesday noting that the September 29 order had been “issued inadvertently” and that it now stands withdrawn. 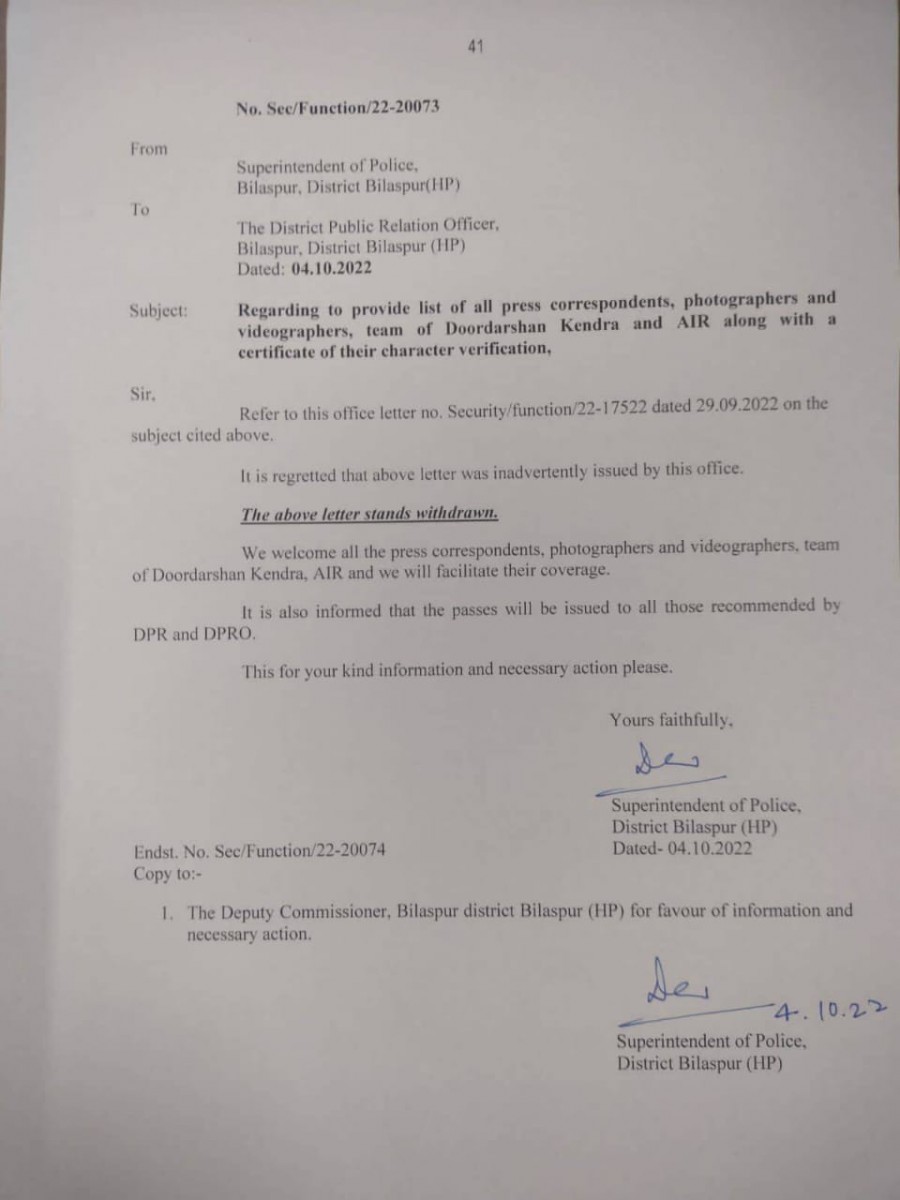 The Bilaspur SP’s letter to the DRPO noting that the earlier notification has been withdrawn.

Prior to DGP Kundu’s clarification, the move had stoked controversy amongst journalists, commentators and the Opposition ahead of Modi’s rally in the state, which goes to polls in November this year.

Social media commentators described the move as an attempt to limit press freedom and many opined that this was an attempt by the saffron party to draw a line between ‘good’ and ‘bad’ journalists.

And the Himachal govt has now demanded a good character certificate from all journalists who wish to cover the PM’s rally in the state headed for elections this winter. https://t.co/X0nwHI6mRr

Journalist Ismat Ara wrote Twitter that the ruling party was deciding who can and cannot cover an event of “national significance”.

In India, the ruling party now decides who can or cannot cover an event of national significance.

National convenor of the Congress’s Bharat Jodo Yatra, Saral Patel, too took a pot shot at the BJP-led Union government.

Journalists will have to furnish character certificates to cover PM event in Himachal Pradesh.

Basically, only “Gullus” will be allowed to cover PM’s event. pic.twitter.com/1oqFbEUpQR

Prior to the clarification from DGP Kundu, India Today had reported that DPRO Kuldeep Guleria refused to accept journalists’ official identity cards without the character certificate and even insisted that an official stamp be present on journalists’ digital IDs.

“This formality is mandatory to all. The SP and CID departments are asking for the certificates of character verification,” the newspaper quoted Guleria as saying.