Pawan Jaiswal had reported that a school in the district was providing only rotis with salt under the mid-day meal scheme. The government charged him with criminal conspiracy. 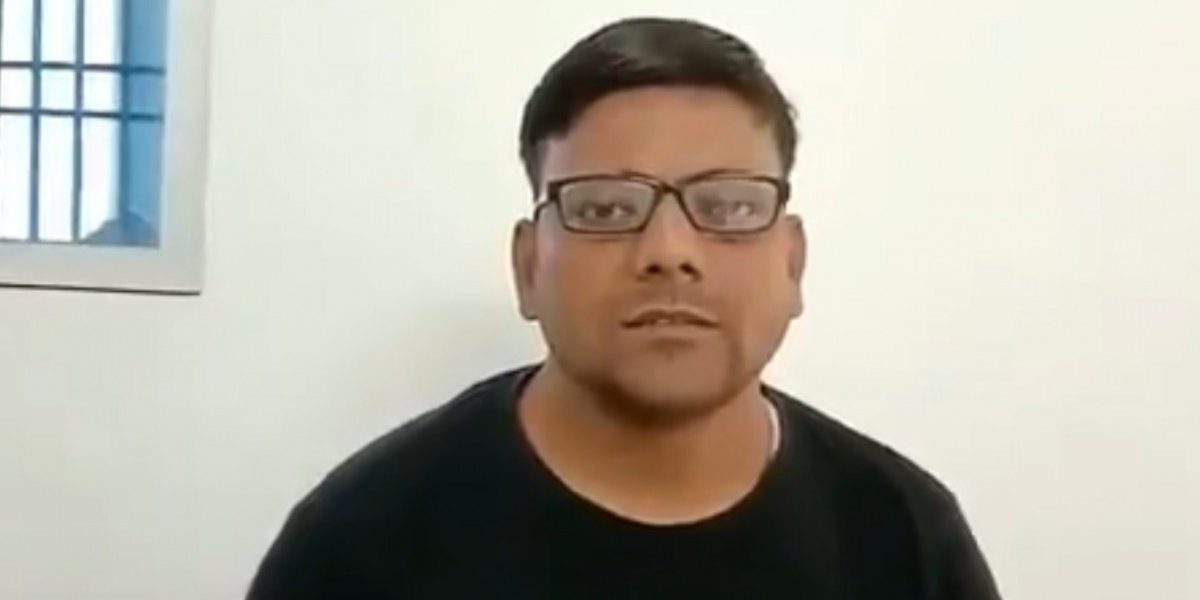 New Delhi: The district magistrate of Mirzapur has a question for journalist Pawan Jaiswal who has been booked for reporting that rotis with salt were being served as the mid-day meal in a school in the district. “When you are a print journalist, you could have clicked a picture. Why did you record a video,” he said while talking to reporters.

According to DM Anurag Patel, this means that Jaiswal was part of a ‘conspiracy’. “This is not how a story is done. If he is a print journalist, he should have taken a picture and published a story. But he was recording a video and telling people to come and be a part of the video. That is why we feel that he is also part of the conspiracy,” Patel said.

Jaiswal was booked on Saturday by the district administration of Mirzapur for criminal conspiracy, obstructing a public servant in discharging their duty, false evidence and cheating. According to the FIR, a village official conspired with Jaiswal to record the video, knowing that the cook in the school was short of supplies.

He had reported that a school in the district was providing only rotis with salt under the mid-day meal scheme. Under the scheme, government-aided primary schools are to provide a nutritious meal including pulses, rice, rotis and vegetables.

Also Read: FIR Against Journalist Who Reported on Rotis With Salt Being Served as Mid-Day Meal

On September 4, the Press Council of India took suo moto cognisance of the charges against Jaiswal and said that it would launch an investigation. The PCI also asked the Uttar Pradesh government to submit a report on the issue and said that it was putting together a fact-finding committee.

Earlier, Patel had claimed that after an investigation, he had found that Jaiswal’s report was true and had proceeded to suspend the teacher in charge of the school in question. He had also claimed that children have been served rice and salt in the past.

Now, explaining his comment, Patel said, “In khichdi, you add salt and rice, no? Daal (lentils) is also added. So, in khichdi, you do have salt, rice and daal.”

Uttar Pradesh deputy chief minister Dinesh Sharma has backed the district administration’s move to press charges against Jaiswal. “Whatever report comes, if someone tries to defame the government, then there will be action, but if someone is innocent, nothing will be done against that person,” he said.

The Editors Guild of India has issued a statement in support of the journalist and condemned the action of the district administration to file an FIR against him calling it a ‘classic case of shooting the messenger’.