Seven women have sent a petition to BCCL to terminate Sreenivas's employment. 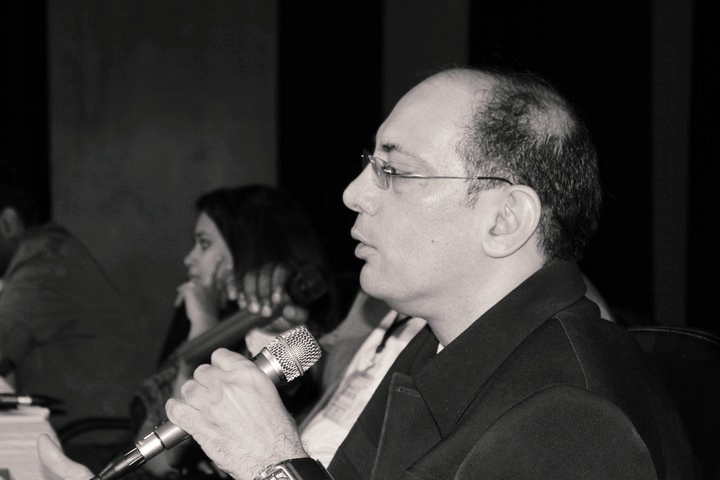 New Delhi: After journalist Sandhya Menon shared an account of being sexually harassed by her editor K.R. Sreenivas while they both worked at Bangalore Mirror in late 2007, several other women have come forward with similar stories over the last few days.

Yesterday, October 8, Menon and six others – some anonymous – sent a petition to BCCL asking for Sreenivas, who is currently Times of India’s resident editor in Hyderabad, to be terminated from employment.

In addition to providing details of Sreenivas’ unwelcome advances towards his colleagues via text and in person, the petition also describes how several of the respondents found themselves professionally isolated after either turning Sreenivas down or complaining about him to their employers.

In Menon’s case, after Sreenivas put a hand on her thigh late one night in a car while dropping her home, she followed up with a complaint to the local office’s HR but found it dismissed lightheartedly. She then followed up with BCCL, the parent company that had bought Vijay Times and turned it into Bangalore Mirror – the paper that Menon and Sreenivas were in the process of launching when this happened. However, Menon said nothing came of that complaint either.

Also read: Talking About #MeToo – a List of Definitions

Menon told The Wire that she then contacted Bhaskar Das, who worked with the Times of India in Delhi at the time, but found herself immediately isolated at work after her phone call with Das. She described a situation where she, a desk editor, was either not given any copies to edit or given ones that were not going to be included in the paper’s edition. She described delays in determining her maternity leave and being socially isolated by her colleagues at work, who would offer support outside the office but ignore her inside.

Das, who now works at Dainik Bhaskar, did not respond to The Wire’s calls, email or text asking to confirm Menon’s account.

Other signatories have described similar experiences with Sreenivas. Author Vani Saraswathi is one of the women who openly alleged being sexually harassed by Sreenivas when she was an intern in his office in 1995.

I was an intern, KRS was a few years into his career. Whenever I went for assignments with him he would slide back in his seat and press himself against me on the bike. I would complain, ask him to give me more space. I then started going alone, meeting him at the venue…

In the petition, she recounts being isolated professionally after she objected to him “invading her space”. According to The News Minute, “she was reassigned to new beats, and isolated.” The petitioners add, “ The pattern is evident here – he isolates the young women who protest his behaviour, ensuring their careers too are stuck.”

Addressing Vineet Jain, managing director of BCCL, the petition says, “[Sreenivas’] compulsive violation of women, their safety and peace of mind, his immense propensity to place women in extreme distress shouldn’t find even a shade of encouragement or ground to flourish and continue.”

When Menon’s allegations first emerged on October 5, Sreenivas responded to The Wire’s queries with, “TOI has said the charge would be investigated by its committee against sexual harassment. A highly empowered and accessible committee under this policy and under the law is in place to investigate and address all allegations of sexual harassment. The group is headed by a senior woman executive. I will submit myself to the investigation.”

Current workplace sexual harassment laws require that a complaint be made within three months of the incidence occurring, but the rules leave space for employers to be flexible in their approach to the matters. Since these complaints range from 1995 to as late as 2008, and also involve several regional offices (some, like Vijay Times, acquired by BCCL but staffed by old HR staff that was originally hired by Vijay Times), it remains to be seen how BCCL will respond to these allegations and what legal recourse is possible for the petitioners.

Only a few hours after details of the petition were published, Dhanya Rajendran, editor-in-chief of The News Minute tweeted saying that Sreenivas has been asked to “go on administrative leave pending inquiry.”

TOI asks Hyd Resident Editor KR Sreenivas to go on administrative leave pending inquiry. @TheRestlessQuil had first named him, then six other women joined her to send a petition to TOI about him. #MeToo #TimesUp

The Wire has emailed Jain a questionnaire asking what, if any, action will be taken on these allegations and this petition. And Jain has also been asked to comment on whether BCCL’s Internal Complaints Committee has started investigating these allegations.