The police were called in to find out who had placed the ad. But they got nowhere. 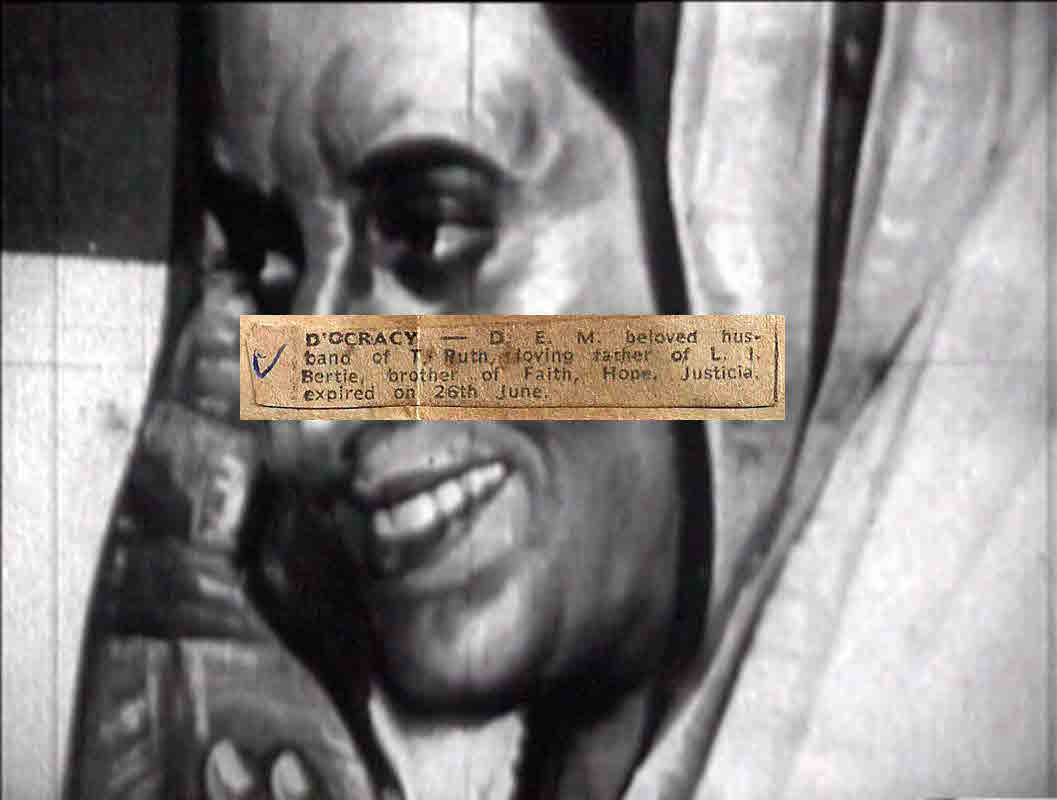 More than 40 years back, veteran journalist and former Editor of the Indian edition of Reader’s Digest was incensed with the Emergency and what it meant for free India. Then the magazine’s Deputy Editor, Mahadevan was inspired by an ad in a Sri Lankan newspaper and inserted a classified in The Times of India, an act of defiance that has now become one of the most enduring examples of how the country fought back against the draconian government led by Indira Gandhi.

On the eve of the forthieth anniversary of June 26, 1975 – the day the Emergency was proclaimed – Dyanne Coelho of MxMIndia interacted with Ashok Mahadevan who responded to her questions and also asked her to pick up some details from an article he wrote in the Reader’s Digest in 2010.

What was the situation like especially for journalists during the days of the Emergency?

For more than a year, the Prime Minister had been besieged by a nationwide movement against her led by her father’s old friend, the venerable Gandhian Jayaprakash Narayan (JP). Now, as she had done so often, Mrs Gandhi hit back ruthlessly. On June 25, she declared a state of “Emergency.” The press was muzzled, civil rights were abolished and tens of thousands of political activists, including JP, were arrested. In effect, India became a dictatorship. These momentous events—40 years ago this month—also enabled me to prank my way into becoming a small footnote in the history books. When I learnt the news on the morning of the 26th, I was incensed. India no longer a free country? As a citizen, even more as a journalist, it was intolerable. I had to do something. But what? Fear was spreading like an infection. When I asked a friend, who’d just flown in from the US, how it felt coming to a dictatorship, he told me to shush. People were too scared to jump queues at bus stops! I wasn’t exempt either; some of my politically active friends had been incarcerated and although I visited them in prison, I had no desire to join them there.

Was the idea of the obituary you published your idea? Tell us something about it.

I remembered an item available for publication in Reader’s Digest—I was then this magazine’s deputy editor, based in Mumbai— about the “death” of democracy. It had originally appeared in a Sri Lankan paper when an emergency had been declared in that country. The ingenious item dealt with the demise of “D.E.M. O’Cracy,” who left behind several relatives, including a son named L.I. Bertie. Why not put this item in the obituary column of the Times of India? I copied it down and made my way to the office of the Times nearby. The clerk in the classified advertisements department there told me he couldn’t accept it because it was too long. I began arguing with him; then, fearful that he might suddenly realise what I was up to, I shortened it. “Are you Bertie?” the clerk asked me. It took few moments to understand what he’d meant. “Oh, yes,” I bluffed. The obituary advertisement was accepted. I paid the small fee and left.

Would the item appear? I spent an anxious night, and made sure I was the first in the family to grab the Times the next morning. And there it was! O’Cracy, D.E.M., beloved husband of T. Ruth, loving father of L.I. Bertie, brother of Faith, Hope and Justicia, died on June 26. I was overjoyed. But for it to have any impact, a lot of people—and not just those who read the obituary columns regularly—had to see the item. So I called up a friend in the Times and, disguising my voice, asked him if he’d read the day’s obituary column. “Who’s this?” he asked suspiciously. “Never mind,” I said. “Take a look at it.”

He began grumbling, but obeyed, and I heard his voice rising in excitement as he read the ad aloud. “Make sure you tell everyone about it,” I said, hanging up. Word about my ad spread fast. Those who were against the Emergency loved it. Many people sent clips of it to everyone they knew. Among them, I later learnt, was the advertising director of the Times of India! (After the Emergency, he told me so himself.) The ad was even reproduced in foreign newspapers.

Were you scared of a backlash from the government following its publication? Is that why you withheld your identity and changed your physical appearance?

The police were called in to find out who had placed the ad. But they got nowhere. This may have been partly because I took some precautions. Shortly after the ad appeared, my wife Jessica and I were scheduled to appear in a Doordarshan programme featuring couples. Since there was a chance that the Times clerk would watch the show— Doordarshan was the only TV channel in those days—I shaved off my beard to look less like “Bertie.” (Several people grew beards to protest the Emergency; I was the only one to have removed his!) Naturally, there were all kinds of rumours about who’d placed the ad. In fact, one Digest reader who dropped into our office even told me a lurid story about how the perpetrator had been caught and tortured by the police! Of course, for all the publicity the ad received, it did not have the slightest effect on the Emergency. That was lifted only 19 months later when Mrs Gandhi, for reasons scholars still speculate about, announced that Parliament was to be dissolved and elections held. To everyone’s astonishment, her party was routed—she even lost her own seat—and the Janata Party formed India’s first non-Congress central government in mid-1977.

The gutsy obituary drew attention to the situation in India even in the foreign media. What was the reaction when you finally revealed yourself as the person who published it?

Apart from my friends who congratulated me for publishing the ad–I outed myself in the magazine Debonair, then edited by the late Vinod Mehta–the Times of India clerk who’d accepted the ad called me to say that he’d been punished by the Times for accepting it. Since I knew Thirumalai, the then ad director of the TOI, I complained to him about penalising the clerk. Thirumalai angrily denied that any action had been taken against the clerk and revealed that that he’d been personally delighted by the ad (see article) etc. He then called the clerk and gave him a firing in my presence for lying to me!

Do you think journalism today has evolved to an extent that we can be protected from such happenings in the future?

I wish I could foretell the future and reassure you that journalism today has evolved enough to ensure that another Emergency is not possible. However, I think that, thanks to TV, and most importantly, the social media, I think there will be much more opposition to any attempt to impose dictatorship in India.

In your opinion is the government today strong enough to prevent history from repeating itself?

Power tends to corrupt, so the stronger a government, the more likely it is to rule dictatorially. All citizens, and especially journalists, should always be on guard against strong governments and fight dictatorial rule (non-violently) if it is imposed.

Reproduced with permission from MxMIndia. The original article may be accessed here.