The development is being seen as part of the government’s attempts to scare the media into silence amid repeated attacks on freedom of the press in Kashmir.

Srinagar: On January 26, Jammu & Kashmir’s police security wing stopped several media persons from covering the main Republic Day function in the summer capital of Srinagar, triggering protests by Kashmiri journalists and a series of condemnations from media bodies and organisations working for the protection of journalists across the world.

The police justified the move – a first of its kind in the past three decades of conflict in Kashmir – saying there was an “adverse report” from its CID wing against the journalists. But the development is being seen as part of the government’s attempts to scare the media into silence amid repeated attacks on freedom of the press in Kashmir.

While some of the blacklisted journalists had been surprisingly issued security clearance passes for covering the event days before, others hadn’t got the clearance at all. Almost all of them have been working in the field for decades, with national and international organisations. 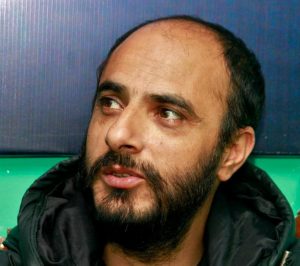 A photojournalist working with international news agency, Agence France Presse (AFP), Tauseef Mustafa has covered wars in Afghanistan, Syria and Iraq. Last year he was on a month-long assignment to Bangladesh to cover the Rohingya crisis.

“I even covered the first election in Iraq after the fall of Saddam Husain,” says a frail-structured Mustafa, with an unkempt beard.

He vividly remembers two incidents when he had a close shave with death. “The first incident happened in Shigal Valley in Afghanistan in 2009 when a convoy of US troops we were travelling with came under attack from the Taliban. The other time I escaped narrowly in Allepo city of Syria in 2012, when we got caught in intense firing between state forces and rebel groups,” recalls Mustafa, with a smile on his face.

His profile also includes the 2010 commonwealth games which were held in New Delhi and has covered all visiting prime ministers to Kashmir from the times of H.D. Deve Gowda.

Mustafa has been in the field for the past 26 years. He got his first break in AP in 1996 and his first major assignment was the Kargil War.

“This is for the first time in my career that I have been stopped from discharging my professional duties,” says Mustafa about the January 26 incident.

In fact, he said, his was the first name on the list of blacklisted journalists. “This seems to be a mischief to scare us away,” he explains. 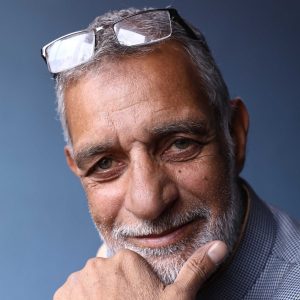 His journalistic career spans four decades and has covered Kashmir in all its hues and colours. A veteran in Kashmiri journalism, Mehraj ud Din is a video journalist with the Associated Press Television Network (APTN).

His first assignment at APTN was the siege of Charari-Sharief town in Budgam district, where a group of foreign militants was holed-up for more than a month. The town finally went up in flames after security forces launched a final assault in May 1996.

After starting his career as a photojournalist in 1979 with Urdu Daily Srinagar Times, Mehraj ud Din got a break in international news agency, Reuters, in 1985, where he worked for the next decade, before joining APTN.

“My works have also appeared in TIME magazine and I have worked for different news magazines including India Today and Outlook,” recalls Mehraj ud Din, adding he has seen tenures of seven chief ministers and 11 director general of police in J&K. “But we have never been humiliated this way,” he says.

Asked about the incident, Mehraj ud Din says he was “shocked” to hear about his name in the list. He believes there is an “attempt at some level” to stop the foreign media from covering Kashmir and creating fear among journalists. 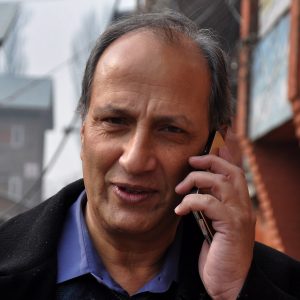 One of the senior journalists in Kashmir, Yusuf Jameel came to know from J&K information department that the security agency has not cleared his name for covering the January 26 event.

Jameel is currently the J&K correspondent of Indian newspapers Deccan Chronicle and the Asian Age. His works have also appeared in BBC, Reuters, TIME magazine, Voice of America, the New York Times, the National (Abu Dhabi) and Al Jazeera.

In 1996, Jameel received the International Press Freedom Award from the Committee to Protect Journalists, which recognised him as a “courageous and impartial journalist who had to withstand pressure and attacks from all parties to the conflict in Kashmir.”

In September 1995, Asian News International cameraman Mushtaq Ali was killed when he opened a letter-bomb addressed to Jameel, who was then working for the BBC. Jameel was injured in the attack.

“I don’t know what could be the reason (for the January 26 incident). This has happened for the first time with me,” said Jameel, who has extensively covered the Kashmir conflict. 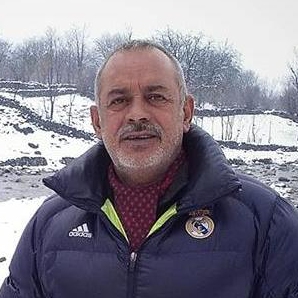 A veteran photojournalist, Habib Naqash was also denied security clearance without any explanation. “A day before [Republic Day] when I inquired from the information department about the pass, I was told it will be sent to me by evening,” says soft-spoken Naqash.

Though unlettered, Naqash’s camera has done the talking for Kashmir during the past three decades of conflict. Having captured the massacres of the 1990s, including the Gaw Kadal and Hawal massacres and Sopore carnage of 1993, Naqash has made it to TIME magazine, BBC online and a number of prestigious publications in and outside India. He had a close shave with death on three occasions – in 1995, 99 and 2000 – while on the job.

For Naqash, who has extensively covered the Kashmir conflict, January 26 was the first time in his 35-year long journalism career when he was stopped from covering an official function.

“We have worked in the most trying and difficult times in Kashmir, but never ever were we stopped from performing our duty. If they [the police] have any proof against us, let them make it public. Today, they have blacklisted us. What if I die tomorrow? This label will remain there,” says Naqash. 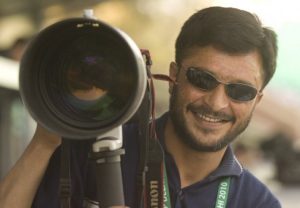 The short-statured and smiling photojournalist, Danish Ismail, has been covering the Kashmir conflict for international news agency Reuters for more than a decade.

Ismail has been in the field since 1997 and was previously associated with the daily Greater Kashmir. On his blog, Ismail describes himself as war photojournalist. His profile includes the 2006 Bangok election and Nepal uprising, which paved the way for the monarchy’s end, and the 2010 commonwealth games.

Like his colleagues, Ismail, too, has been seeking answers about their blacklisting by the J&K police. 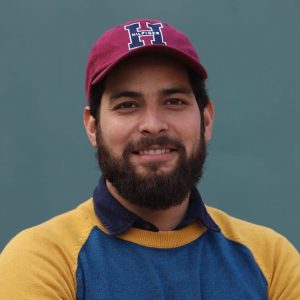 This 31-year-old video journalist was “absolutely shocked” when a security official on duty at S.K. Stadium – the venue for the function – told him that “there is an adverse report against you and you can’t go inside.”

Umar has grown in the shadow of his father, Mehraj ud Din, spending hours at his office and interacting with foreign journalists. In 2003, he finally followed his father’s footsteps and joined APTN. In his 16-year career at APTN, Umar says, he has covered visits of all high profile dignitaries to Kashmir including Indian prime ministers.

“But we never faced this situation,” says Umar. He, too, commented that blacklisting the journalists, particularly foreign media, could be an attempt to stop it from covering Kashmir.

“There is a pattern to it,” he says, referring to the decision of government of India last year not to allow foreign media to enter Kashmir without prior permission. “This could be the beginning… you never know, it could get worse,” he comments. 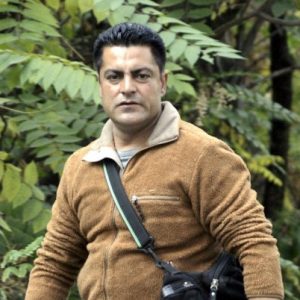 An accredited photojournalist with Urdu daily Kashmir Uzma, Aman Farooq had a close call with death when he suffered a bullet injury while covering an encounter in Lal Chowk, the commercial hub of Srinagar, some years ago.

In his 10-year career, Farooq says he has faced harassment and beatings by security forces a number of times. “But this [blacklisting] is something which has left me devastated. Do they [the police] want us to quit the profession?” he asks.

He continues: “My job is my passion. What adverse report are they talking about? What have we done to deserve this?”