Social media forwards on coronavirus advocate increased Vitamin C intake, ask the reader to drink hot lemon water and through a voice note falsely attributed to Dr Devi Shetty, advise against getting tested for the COVID-19.

While fake news that incites communal and regional tension has become a common and often commented upon feature of politics in India, another form of fake news that directly affects the health of millions of Indians who are students of ‘WhatsApp University’ is gaining traction.

While there is no universally accepted definition of the term “fake news”, the definition provided by the Ethical Journalism Network is thus far the most comprehensive. It defines fake news as “information that is likely to be perceived as news, which has been deliberately fabricated and is disseminated with the intention to deceive others into believing falsehoods or doubting verifiable facts”.

From this definition it is clear that in order to be characterised as ‘fake news’, the information received must: a) be false or fabricated b) created with the deliberate intention to deceive the recipient into believing falsehoods or into doubting verifiable facts, and finally c) look so credible in its presentation that it is indistinguishable from traditional news, thereby influencing the recipient’s sense of trust positively.

To these, the addition of another facet, that of the intention to cause harm, whether monetary, physical or reputational is necessary to truly encompass all that the term ‘fake news’ connotes.

Every day, hundreds of fake news messages, images and videos are shared on social media platforms promoting false cures for diseases. With the recent arrival of the novel coronavirus that has killed thousands of people across the world, it seems evident that the fake news factories are now on steroids. Medical fake news seems to escalate especially in times of health scares such as the Nipah virus and the current COVID-19 pandemic.

Fake news disguised as ‘medical advice’ can range from home remedies to ward off viruses such as increasing Vitamin C intake and ingesting hot lemon water (which provides a false sense of security and allows the follower to take risks that the person otherwise wouldn’t have) to a fake voice note attributed to Dr Devi Shetty, that advises against getting tested for coronavirus, which was shared over 5,000 times on Facebook and Twitter.

One such piece of medical fake news that has had a devastating and far-reaching impact on India’s economy has been one that claimed that eating chicken caused COVID-19.

This has had a highly deleterious effect on the poultry industry in India, leading to staggering losses – to the tune of Rs 1,500-2000 crores a day with prices falling from also almost 180 rupees per kg of chicken to 70-80 rupees. Not only is this harmful for India’s already battered and bruised economy, it is also leading to the horrifically inhumane killings of chickens, with farmers resorting to actions such as burying alive day old chickens in pits, as they do not want to continue feeding chicks when demand will be muted in the foreseeable future. 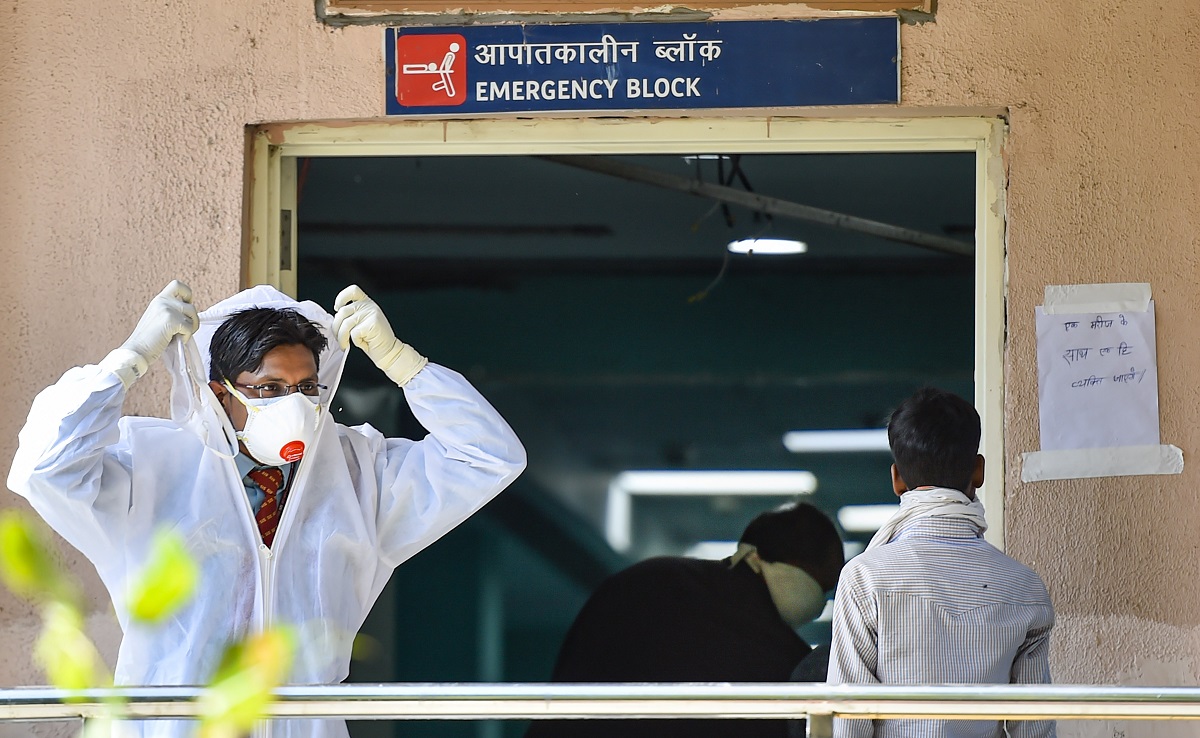 For instance, a farmer in Maharashtra, believing a piece of misinformation about chicken and fearing a lack of demand for poultry reportedly culled chickens worth Rs 5.8 crores. With the massive culling of chickens that has taken place, India’s maize and soya industries are also facing a difficult time as the poultry industry was the biggest buyer of these crops.

The fake news regarding ‘gaumutra’ or cow urine being a cure for COVID-19 has gone viral. This piece of fake news went viral to the extent that the ‘Akhil Bharat Hindu Mahasabha’, a right-wing outfit in India, organised a ‘gaumutra’ drinking party in the national capital. Close to 200 participants drank cow urine and ate a mixture made of cow dung, urine, milk, curd and ghee to ward off the coronavirus.

Also read: The Misinformation Pandemic Is Scarier Than the COVID-19 Pandemic

These cow urine parties also took place in other states, including Kolkata, where a man who drank cow urine fell severely ill with nausea and vomiting. The organiser, West Bengal BJP leader Narayan Chatterjee, was arrested.

Suman Jarpriya, a minister from Assam declared in the recently held state assembly session that gaumutra could be used to cure COVID-19. While the whole affair may be brushed off as foolhardy, it is important to understand that politicians hold considerable influence over their followers and deeply influence their beliefs and actions. While these persons garner excessive media coverage for their cow dung and urine related antics, lakhs of people may have been influenced into drinking cow urine in an attempt to stave off the infection and may have developed health issues due to the pathogens in the cow excrement.

There must be a higher threshold of responsibility for people in positions of power not to peddle such fake news. In times like this, it is important that the top leadership make it clear to their ministers that their opinions on medical cures are not to be shared.

Clearly, medical fake news has consequences that have far-reaching impacts, from crippling industries to causing material harm to human lives. In a situation such as this, the most important thing the Indian government can do is set up programmes in every ward and panchayat to ensure that its citizens are educated on the perils of fake news.

A remarkable example of what a concerned individual in a position of power can do, is that of IPS Officer Rema Rajeshwari. In order to ensure that fake news triggered lynching did not take place under her jurisdiction, she took up the challenge of educating both her IAS officers and the people prone to believing misinformation, how to spot it and think critically when any news was circulated, fake or otherwise. She employed innovative methods such as the use of folk songs and traditional storytelling techniques to ensure that the information was easily understandable.

Also read: Rumours, Misinformation and Self-Verification of Facts in the Age of COVID-19

A programme similar to this could be scaled up to the entire country with minimal costs and maximum returns. Perhaps the government, now poorer by hundreds of crores due to the spread of fake medical news will finally pay heed.

Akhileshwari Reddy is a Research Fellow at the Vidhi Centre for Legal Policy.