Summoned to the police station because his story carried an incorrect photo of the cyber cell's office, Auqib Javeed was berated by a senior officer for 'fake news'. On their part, the police have denied engaging in "any excesses". 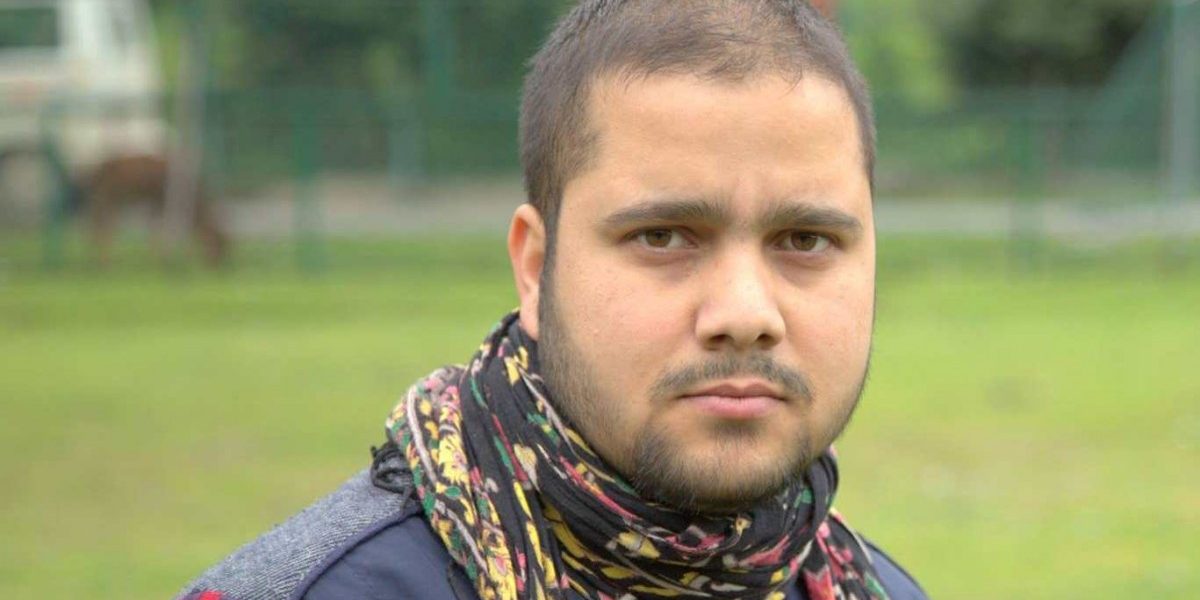 Srinagar: Journalist Auqib Javeed was busy writing a story when he got a call from a police officer whose number he had saved on his phone. But it was the officer’s subordinate who was on the line, asking him to visit the Jammu and Kashmir police’s cyber cell the next day.

“I knew it could be about a story I recently did,” Javeed told The Wire, as it had been about the work of the cyber cell. “I was also sure that there was nothing to be worried about, as my story was factual,” he added. Javeed asked the policeman whether everything was okay, to which he replied, “We will have a cup of tea.”

The cyber cell is is headed by a superintendent of police, Tahir Ashraf Bhatti, who also has charge of the Cargo police station as its SP.

The next day Javeed, who lives in Bandipora, travelled 66 km to Srinagar’s Cargo police station along with two of his colleagues. “We were told that the Cyber police station had shifted to the upper storey of the police station in Shergali building, which is a few metres away from Cargo,” he said. “I had no idea about that.”

Cargo is an interrogation centre of the joint forces, notorious for allegations of torture. It is located in a civilian area – Srinagar’s Magarbal Bagh.

When Javeed went to the Cyber police station, he was grilled as to why he, in his story, had incorrectly said that the cyber police division is stationed in the Cargo centre.

“I told them that many people, including me, didn’t know about the move,” Javeed said.

Also read: Kashmiri Editors Can’t Use Fear as an Excuse for Their Continued Silence

After that, Javeed was told to go back to the Cargo centre and meet the SP in-charge of the cyber police station, who has his office there. The irony of the instruction was apparent: he was being reprimanded for writing that the Cyber police section operated from the Cargo building even though the Cyber cell head does indeed operate from that building.

When Javeed and his colleagues entered the corridor, they were frisked thoroughly and their phones taken away.  “After some time, a policeman asked me to accompany him,” Javeed said, while his two colleagues were told to remain behind. “I approached the room where another masked policeman came rushing in and slapped me hard.”

Javeed said he was slapped twice, and was unable to react because of the shock. He said that he doesn’t remember the last time he was slapped – “Maybe it was in my kindergarten class by my teachers, I don’t remember.”

Javeed then entered Tahir Ashraf’s office where, he says, he was berated and verbally abused for his writing. Ashraf specifically brought up the story he had written on how dozens of Twitter accounts from Kashmir have become silent after users were interrogated by the police about posts on Article 370, the internet ban and an alleged extra-judicial killing.

Tahir Ashraf objected to the use of the Cargo building’s photograph in the story when the cyber cell was housed in another building and also wanted the headline of the article, ‘The Real Cyber Bully: Police in Kashmir Question Kashmir Twitter’.

After browbeating him in this fashion for publishing ‘fake news’, says Javeed, Ashraf asked for Javeed’s colleagues to be brought to the room. He then proceeded to extract from Javeed an assurance that the photograph and headline, neither of which he had supplied, would be changed and also insisted on speaking to Article 14‘s editor, Samar Halrankar, to demand the same.

Javeed told The Wire that he had cooperated with Ashraf and hadn’t expected such abusive behaviour from an officer. He said, “This is something which was beyond a physical assault, it was one of the hardest days of my journalistic career.”

The police on Monday responded to Javeed’s allegations – which he aired on social media and in a separate article on Article 14 – by issuing a statement denying any wrongdoing. “The allegations of excesses by police officials/officer are misleading and factually incorrect,” it said.

“The writer depicted a misleading picture with incorrect details,” the police statement said. “The writer published a picture of a building showing it a cyber police station Kashmir which is incorrect… The said writer has misled the general public about the functioning of Cyber Police Station and its establishment.”

The statement also sought to present a different account of Javeed’s meeting with the police, claiming that his two colleagues had been with him throughout the time he was with Ashraf. The Wire reached out to the two journalists who accompanied Javeed to ascertain the veracity of the police claim. ” We stand by what Auqib Javeed has written,” said Moazzam Mohammad, vice president of the Kashmir Press Club, and of the two journalists who was present.

The summoning of journalists to police stations is a regular feature in Kashmir. However, since the Narendra Modi government came to the power at the Centre, the media in Kashmir is witnessing increased levels of pressure and even censorship. A number of media persons have accused the authorities of intimidation, physical assault and regular summoning.

Many journalists have also been charged under stringent laws before and after Article 370 was amended last year. Kamran Yusuf was arrested by the National Investigation Agency (NIA) on September 5, 2017 and released on bail on March 14, 2018. Asif Sultan was arrested in 2018 under the Unlawful Activities (Prevention) Act (UAPA) for allegedly being complicit in “harbouring known militants” and is still in jail.

This year two journalists – Gowhar Geelani and Masrat Zahra – have been charged under sections of the UAPA.

Sunday’s incident has left Javeed shocked and sleepless. “I thought I would bury the incident in my heart and not talk about it. But later I realised I won’t be able to live with this shame,” he said.

For Javeed, journalism has always been a passion. He has a masters in convergent journalism from the Central University of Kashmir and has been working for the last five years. Javeed has written for several media outlets, including The Wire. When he read about the challenges in journalism, though, he never thought it could be this harsh. On July 14, 2018, he was reportedly questioned by the NIA in New Delhi for three hours.

Condemning the recent incident, the Kashmir Editor’s Guild said: “It is tragic that every time there is an issue; it is the messenger who is attacked.” It urged the authorities to “avoid making media a casualty of a situation”.