Several publications, journalists and news organisations have been affected as a result. 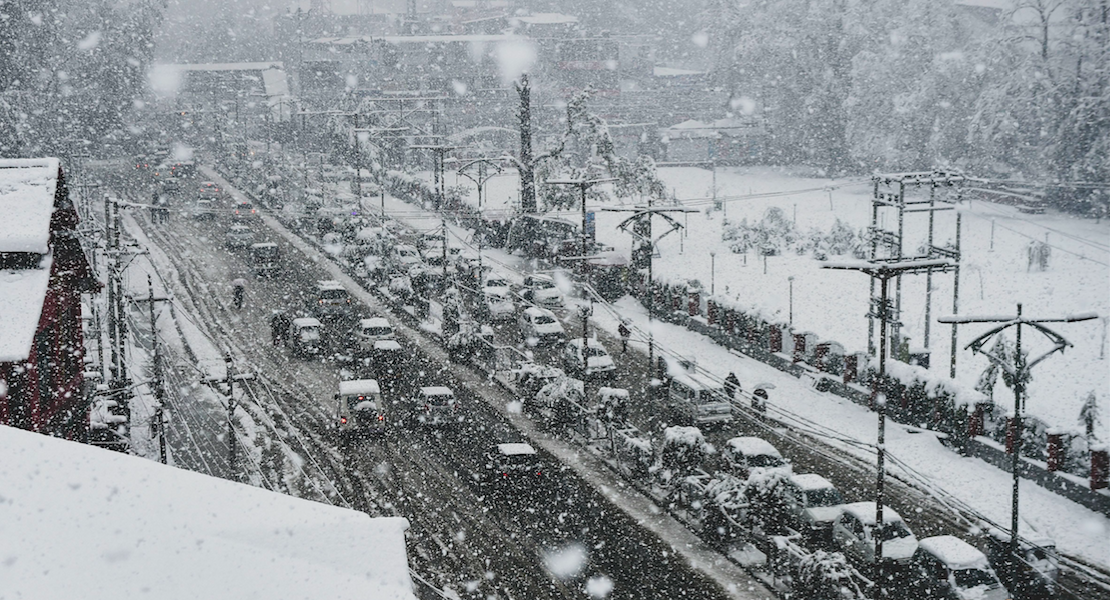 Srinagar: Winter’s first snowfall in Srinagar has cost journalists in Kashmir one of their most essential means of connecting with the rest of the world as the internet has stopped working due to a fibre cut in the lease line at the media facilitation centre in Kashmir Valley.

With the Centre refusing to lift the gag on internet services in what is now the Union Territory of Jammu and Kashmir, journalists in Jammu are managing with broadband services in the absence of 4G mobile internet. Their counterparts in the Kashmir valley have had no option but to wait their turn at the media facilitation centre set up especially for them. Broadband services have not been restored in the valley.

From 6 pm onwards on Thursday, however, it became impossible for journalists to file their stories, or gather feed from news agencies, or even download press releases issued by the J&K Department of Information and Public Relation with internet services completely shutting down at the media facilitation centre, following the snowfall.

Since evening is the most crucial time for reporters and stringers who gather information, manage supporting photographs and write throughout the day to ultimately file their story at the time, many journalists had to leave in a fit of frustration on Thursday.

Things were worse for photojournalists and video journalists since unlike print journalists who can dictate their stories on the phone, they were unable to share any content at all.

Thus a media blackout is back to haunt journalists in Kashmir valley. Many newspapers may not be able to publish at all on Friday.

Even national newspapers printing their editions at the local press would face the brunt of the sudden internet blackout due to a technical fault.

The officer-in-charge of the media facilitation centre was the one to inform journalists gathered that there of the fibre-cut in the lease line. 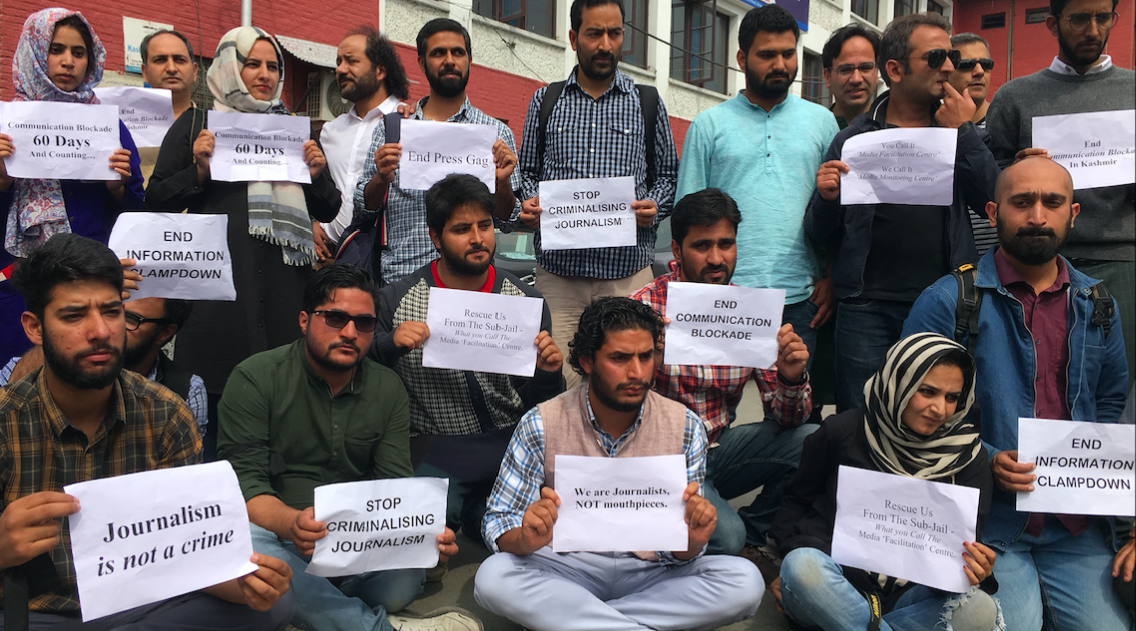 An earlier protest by Kashmiri journalists against the restrictions that have made their work difficult. Photo: Mudasir Ahmad

“Because of the snowfall, many journalists could not reach the media facilitation centre early. Even otherwise, most of us come here during the evening, either to file stories or gather news feed. But at 6 pm the internet stopped functioning. We even contacted the internet provider and were told that there was a fibre cut and so nothing could be done till tomorrow,” said Tahir Butt, news editor with Kashmir Life.

“First the broadband services, even of media houses, are not being restored and now the sole building with internet services has been shut for the evening. Journalism is not a one-day job. News does not wait. It becomes obsolete the next day. Why isn’t the government understanding the gravity of the situation? If the fibre was cut, alternate arrangements should have been immediately made,” he added.

Journalists have been struggling to do their job since the restrictions were put in place by the Centre on August 5.

“When the media facilitation centre was started, it did not resolve our problems but did make things better than before. Still, for a journalist it is very difficult to go there and file a story, wait in queues and many times, there are deadlines and we end up missing them. Now with absolutely no internet, we are in trouble. I have to file the story in the evening as I work at a newspaper. I had to dictate some paragraphs on the phone but of course, it cannot compare with email. It’s illogical why they have shut down even the broadband facility,” said Yousuf Jameel, a renowned journalist who has worked with BBC and Reuters.

“Usually during this time, the facilitation centre is crowded. I stay there until about 10 o’clock but today I’m home and it’s not even 8 yet. Reporters had to dictate their stories on call. All I’ll say is that no one cares about Kashmiri journalists,” said Safat Zargar who works with Scroll.

Zargar accused the district administration of being nonchalant about the aftereffects of the snowfall. “They haven’t even cleared the roads. In Lal Chowk, a Chinar tree has fallen due to snowfall and they haven’t even managed to remove that and this is the summer capital of J&K. Since it had been snowing since morning, things could have been done if district management had taken the initiative. This is merely the beginning of winters. What will happen during Chillai-Kalan?” he asked.

Many journalists grappled with the worry of whether their hurriedly dictated story would go at all.

“Working with a national media organisation, I cannot just find someone in the office I can narrate my story to. Everyone is busy, time is most precious in a news organisation. I haven’t gotten a call from my office and am unsure whether or not my story will go. This is absurd, having no internet, even for work. I have heard that many newspapers will not be coming out tomorrow and even newspapers like Tribune that use local printing presses will have to suffer,” said a journalist working with a national media organisation.

The media facilitation centre came in the way of controversy once before as only journalists accredited by the state government were being allowed to avail themselves of internet services. This posed a lot of problems for many stringers and freelancers but furthermore, accreditation cards from other states were also not being accepted. Many journalists working with national and international media organisation suffered because of this and later, upon the intervention of Kashmir Press Club and many senior journalists, the move was withdrawn.

The centre was set up to help journalists in Kashmir valley since both mobile internet and broadband services had been shut down following the Centre’s move to revoke Jammu and Kashmir’s special status and bifurcate the state in two Union Territories.

Pallavi Sareen is the editor-in-chief of Straight Line. Based in Jammu and Kashmir, she can be contacted at pallavisareen99@gmail.com.