The arrests of Mohammad Zubair and Teesta Setalvad and the ongoing detention of Siddque Kappan and Fahad Shah highlight the tenuous existence of truth-tellers in a post-truth world. 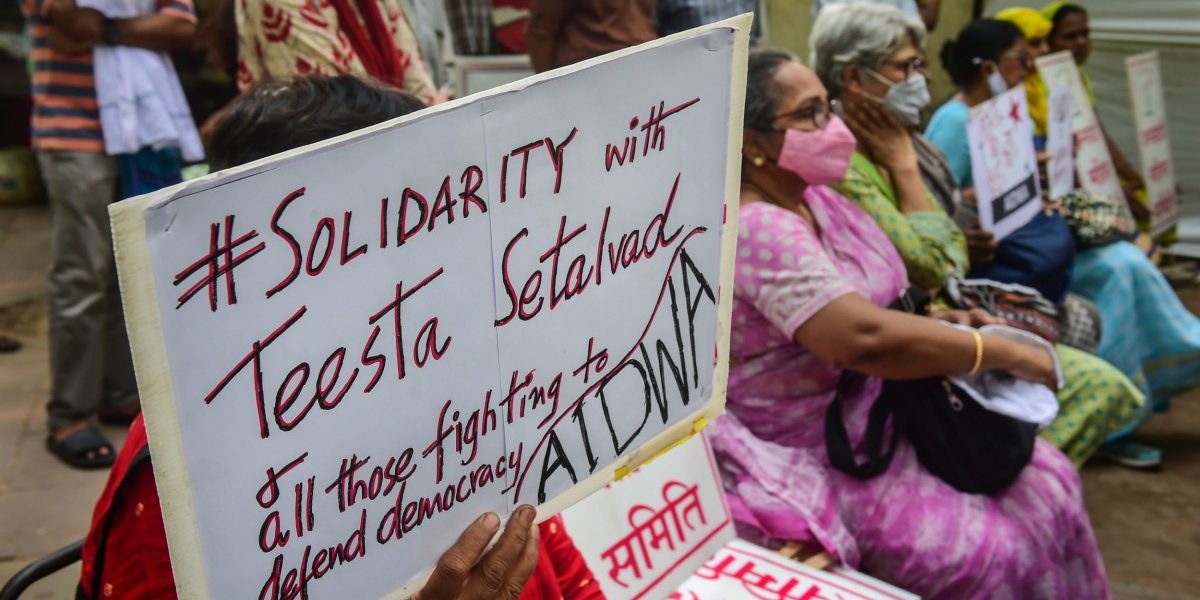 A bizarre spectacle played out between the Chhattisgarh and Ghaziabad Police in the living room of Zee News anchor Rohit Ranjan, as they competed for his custody for telecasting a fake video on Congress leader Rahul Gandhi.

The police from Uttar Pradesh may have managed to save Ranjan, who works for a channel that is considered to be close to the ruling party, from being dragged away to Raipur, but this incident brought to the fore the tenuous existence of journalists in a post-truth world where they are never sure about when they will come to grief for what they write or speak.

Some like Siddique Kappan are in jail for more than a year. His only crime was to commit the folly of hoping to report from Hathras, where a Dalit girl was raped and killed. He was arrested for what he could have written in Malayalam. Similarly, Fahad Shah of the Kashmirwallah was arrested for deigning to be an independent journalist. No one has a clue when they will be released.

The privileges extended to Ranjan by the Uttar Pradesh Police are visibly unavailable to journalists who are routinely demonised and diminished by an administration that believes more in controlling the narrative than in bothering about facts. This is why a fact-checker like Mohammed Zubair, who raises the red flag on disinformation, is considered to be a greater threat to the dominant narrative of the state than columnists who regularly churn out millions of words.

Watch: Zubair Targeted Because His Consistent Debunking of Fake News Became a Roadblock for BJP

Expectedly, when Zubair ferreted out the firewalled toxic video of the Times Now chat show where Bharatiya Janata Party (BJP) spokesperson Nupur Sharma made hateful remarks against the Prophet, supporters of the ruling party considered it to be a treasonous act. In a wired world, Zubair’s tweet exposing Sharma’s caustic diatribe against the Prophet and Islam breached the carefully constructed image put together by diplomats and the exuberant veneer presented by Prime Minister Narendra Modi when he meets the Sheikhs of the Middle East.

From the puny kingdom of Qatar to other Islamic states, all demanded an apology and more. The journalistic exposure of the ruling party’s Islamophobia created an unprecedented foreign policy crisis.

Unexpectedly, the Indian government called Sharma a “fringe element” and the BJP leadership suspended her. But despite court orders, Sharma is still free whereas the fact-checker Zubair is behind bars. He is being taken to different cities to respond to first information reports (FIR) listing charges that, in a different time and age, would not have been entertained.

Worse, every penny that has come to his fact checking website, AltNews, through a payment gateway is being scrutinised by the police and enforcement agencies in order to belittle it and to show that it has some anti-national intent.

This theatre of the absurd draws legitimacy from trolls and those who find facts threatening. Unfortunately, a judiciary that seems to have forgotten its heritage has aggravated this situation.

The most disturbing example is the manner in which journalist Teesta Setalvad was promptly arrested after the Supreme Court passed a judgement upholding the SIT report on the Gujarat violence and demanded that activists who kept the issue alive should be put in the dock.

Expectedly, the Gujarat Police read this judgement as a go-ahead to arrest Setalvad, who had been campaigning to get justice for the victims of Gujarat riots as well as the widow of former MP Ehsan Jafri.

Many would say that Setalvad is an activist and not a journalist, which is not true. Her activism emanates from the body of work of scores of journalists who have found gaps in the official narrative of the riots. These journalistic exposés compelled the Supreme Court, in the past, to relocate the trial outside Gujarat.

The other aspect that is deeply disturbing, but has not got the attention it deserved, is the Supreme Court’s judgement and its manifest reservations about those who kept the issue in the spotlight. This observation could hurt investigative journalism, which plays a critical role in ensuring that people do not forget genocides.

What can the media do to fight back against the government’s tendency to smother and browbeat journalists? Very little. The situation now is not like it was during the controversy over the anti-defamation bill, when Rajiv Gandhi tried to ram it down the throat of the press. At that time, all journalists and editors of different hues marched down Rajpath, compelling the government to withdraw it.

In 2022, the issue is more ideological, and those who believe in fighting for the Constitution are finding themselves resourceless and friendless as a large mass of people believe that history and facts have been misinterpreted to keep Hindus away from power.

To make matters worse, technology is making traditional journalism unviable. In the last two years, lakhs of mediapersons have lost their jobs, and now no one is really worrying about what is being reported from the ground. The bitter truth is that in our democracy, equally few really bother about protecting the freedom of the media.

Sanjay Kapoor is Editor of Hardnews and General Secretary of the Editors Guild of India. Views are personal.