The statement quoted from Council chairman, Justice Chandramauli Kumar Prasad’s own speech from 2018, where he advocated for media freedom.

The statement urges the Press Council to intervene in favour of Bhasin’s petition that demands an end to ban on communication in J&K. Photo: Reuters

In a written statement, a group of journalists and media organisations have expressed “grave concern” at the Press Council of India’s (PCI) move to intervene in the petition filed by Kashmir Times executive editor Anuradha Bhasin in the Supreme Court.

The PCI’s intervention “does not unequivocally stand to protect press freedom” and conflates the issue of rights of the media to report freely and fairly with the national interest of “integrity and sovereignty”, the statement said.

Criticising the PCI’s wording in the intervention application, the statement said it was, “deplorable, completely indefensible and strikes a severe blow against the struggle of journalists from Kashmir to be able to report freely on the effect of the abrogation of Article 370 (sic)”. The council’s move has come under severe criticism from the media fraternity.

Pointing to the council’s own report released on October 9, 2017 after its visit to J&K, the statement says the PCI backing restrictions now is in sharp contrast. “The committee is really concerned about the stoppage of internet and mobile services in the State. In this age, no media can work without these supports. The policy of curbs on internet and mobile services has to be reviewed urgently,” the council’s report from 2017 had said. 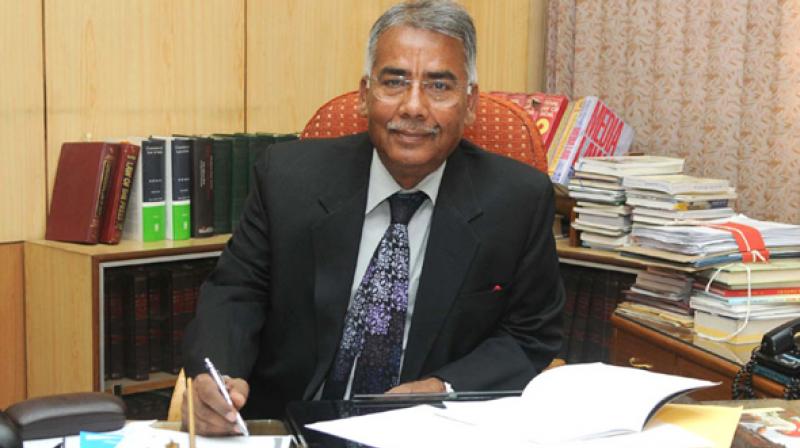 To highlight the importance of media freedom, the statement quoted from the current PCI chairman, Justice Chandramauli Kumar Prasad’s own speech on the occasion of the silver jubilee programme of the National Human Rights Commission of India held on September 5, 2018 at IIMC, Delhi.

“Media is the eyes and ears of any democratic society and its existence is vital to the smooth functioning of democracy. It guards the public interest and acts as voice of the voiceless,” he had reportedly said.

The statement concludes by urging the PCI to intervene in favour of Bhasin’s petition that demands an end to ban on communication in J&K and seeks directions to immediately relax all restrictions on mobile, internet and landline services.

“It appears that the Press Council of India is abrogating its Constitutional responsibility towards standing firmly and fearlessly for the freedom of the press and the right of the media to ‘act as the voice of the voiceless’. It flies in the face of the role of the Press Council of India as a statutory body to safeguard the rights of the media to fulfil its responsibility freely, without fear or favour. That is in the true national interest, irrespective of the interests of the government of the day,” it said.

The National Alliance of Journalists and the Delhi Union of Journalists also released a statement strongly criticising the PCI chairman for his “unilateral move” to intervene in Bhasin’s petition. It condemned the chairman of “tomtoming the government’s interest” and “acting as its B team”.

They further called for “widest possible unity to ensure watch dogs do not become lap dogs of the government and other international interests with their own agenda of balkanisation of the country.”

The Press Association had issued a statement on Saturday, taking a serious view of the same. Members of the Council have alleged that they were not even informed about it and expressed shock and surprise.

Also read | ‘This is Not the 1970s’: IAS Officer Quits in Anguish Over Kashmir ‘Emergency’

“The wording of this petition is so dangerous. Though the rules say that the chairman has to get the council’s endorsement for any decision he takes in between meetings, he did not even inform the council about the fact that the PCI is intervening in Anuradha Bhasin’s case,” one council member had told The Wire when asked about the PCI’s move to intervene.

On the day Bhasin filed her writ petition in the apex court, The Editors Guild of India also issued a statement expressing concern over the lack of press freedom in Jammu and Kashmir. “The lockdown is almost total and draconian for the vibrant local media that are the first eyes and ears on the ground,” their statement said about the ban on communication and restrictions on mobility in the state.

Senior journalist Krishna Prasad, also a former member of the council, called the PCI’s intervention “a shameful abdication of its responsibilities” while speaking to The Wire.

Following are the signatories to the statement.