Attacked, Arrested, Left Without Recourse: How 2020 Was for India's Journalists

There is no state or Union Territory where press freedom has not come under direct attack in 2020. 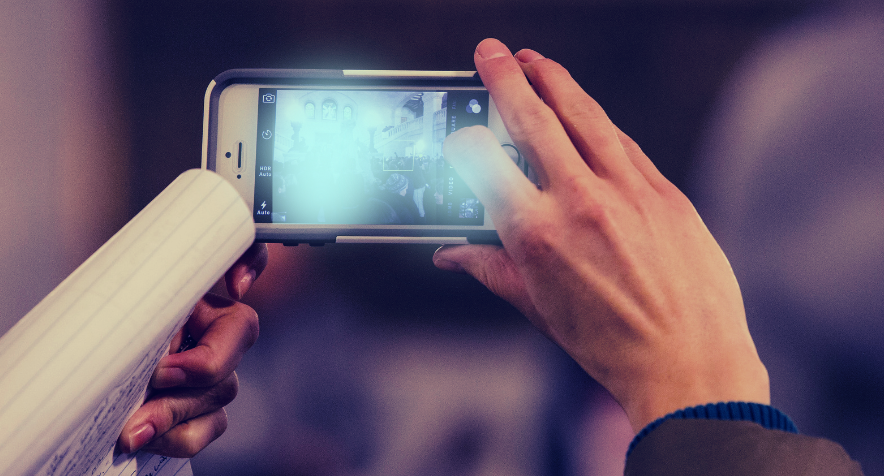 On November 16, which is observed as National Press Day – to mark the creation of the Press Council of India (PCI) in 1966 – Prime Minister Narendra Modi said in his message, “A time when the world is up against an unprecedented crisis in the form of COVID-19, the nation’s fight against the pandemic is powered by the restraint and resolve of its 130 crore citizens. In such a scenario, the media has been continuously doing exceptional service by spreading awareness on the COVID pandemic.”

The Prime Minister’s message was read out by the chairperson of the PCI, which had organised a webinar on the theme ‘Role of media during the COVID-19 pandemic and its impact on the media’ to observe the day. “With digital technology showing the way, Indian media’s endeavour towards ensuring a stronger presence globally will strengthen our vibrant media landscape,” added PM Modi.

During the same webinar, the Vice President of India, M. Venkaiah Naidu in his message declared that “any attack on the freedom of the press is detrimental to national interests and should be opposed by one and all.” He also said, “I always say that journalism is not a mere profession but a pious mission. Press has always played an outstanding role in empowering the people and furthering national interest. Democracy cannot survive without a free and fearless press.”

Both the leaders in their messages expressed happiness about the fact that the PCI is discussing such an important topic. Same day, sending greetings for the National Press Day, the Union Home Minister Amit Shah tweeted that “Modi govt is committed towards the freedom of Press and strongly opposes those who throttle it.”

Greetings on #NationalPressDay. Our media fraternity is working tirelessly towards strengthening the foundations of our great nation. Modi govt is committed towards the freedom of Press and strongly oppose those who throttle it.
I applaud Media’s remarkable role during COVID-19.

All these statements give an impression that the government and its agencies are not just committed towards the idea of press freedom in the country but also making sure that it does not come under attack and that mediapersons enjoy full freedom. However, the ground realities are quite contrary to the claims made or implied in these statements.

The fact of the matter is at least 55 journalists faced arrest, registration of FIRs, summons or showcause notices, physical assaults, alleged destruction of properties and threats for reportage on COVID-19 or exercising freedom of opinion and expression during the national lockdown from March 25 to May 31, 2020, as per a report prepared by the Rights and Risks Analysis Group (RRAG).

According to the group, the highest number of attacks on mediapersons were reported from Uttar Pradesh (11 journalists), followed by Jammu and Kashmir (6 journalists) and Himachal Pradesh (5). What is noteworthy is that all three states and UTs are ruled by the Bharatiya Janata Party (BJP) to which the Vice President, the Prime Minister and the Home Minister belong.

Moreover, as per a latest report titled Behind Bars: Arrests and Detentions of Journalists in India 2010-2020 (published by Free Speech Collective), in the recent years a sharp rise has been recorded in the “criminal cases lodged against journalists in India for their work, with a majority of cases in BJP-ruled states, has contributed to the deterioration in the climate for free speech in India.” 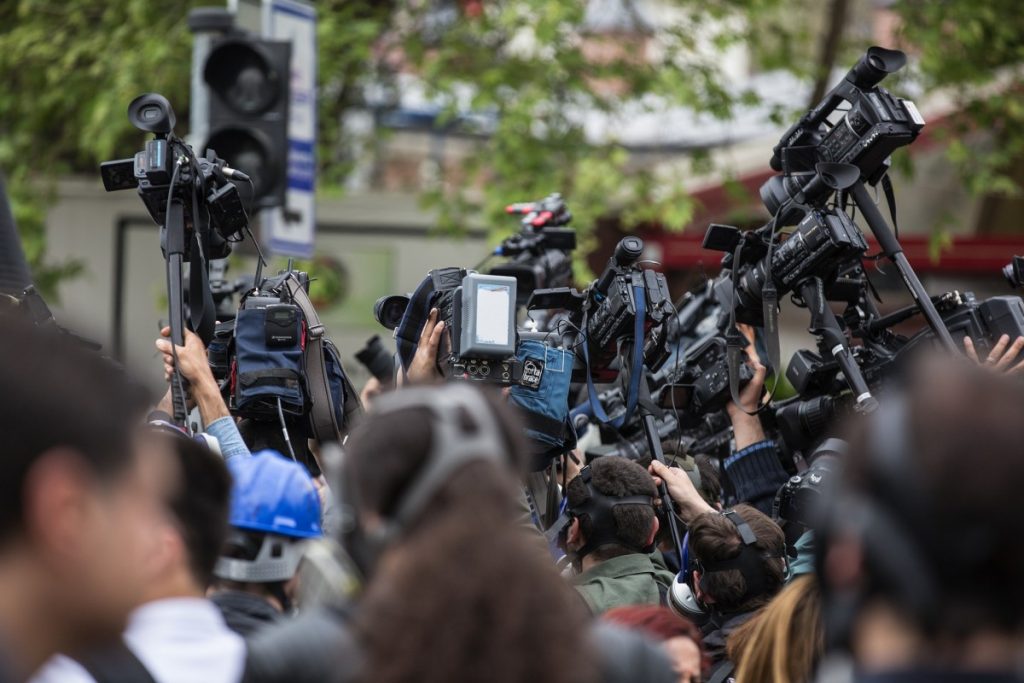 In the last decade, the report further states, at least 154 journalists were either arrested, detained, interrogated or served show cause notices for their professional work and notably more than 40% of these instances were in 2020. This year at least three journalists were killed due to their professional work. Out of three two belonged to Uttar Pradesh and the third killing took place in Tamil Nadu.

But, it would be a mistake to think that in other states and UTs, which have non-BJP governments, journalists were totally safe and free to perform their professional duty. According to The Wire’s report by Sukanya Shantha, in Maharashtra (ruled by a non-BJP alliance) close to 15 instances criminal cases were registered against journalists for highlighting failures in the state administration’s COVID-19 response. “Over two dozen other scribes were served notices and sought explanation; in some cases, defamation suits were filed, along with lakhs of rupees sought as compensation,” Shantha reported in August.

Moreover, “there have also been instances of multiple cases being registered against a single reporter or editor. Almost all stories are related to COVID-19 and reporters claim the top state administration has given a free hand to the district authorities to target them.”

In Chhattisgarh, which is ruled by Congress, at least half a dozen journalists were either charged by the state or attacked or threatened by non-state actors, which included members of ruling party, as well as Maoists. In September, senior journalist and leader of the Patrakar Suraksha Kanoon Sanyukt Sangharsh Samiti, Kamal Shukla, was attacked by local Congress leaders in north Bastar. Ironically, the Congress party in its manifesto for the 2018 Assembly election, had promised to enact a law to protect journalists, which is yet to be fulfilled.

Meanwhile, according to Praful Thakur, vice president of the Raipur Press Club, in the two years since the Congress is in power, the police have booked at least 35 media persons under various sections of the Indian penal code.

It is also alleged that Thakur, who has been leading the campaign to ensure justice for Kamal Shukla, was transferred by his Newspaper (Nav Bharat Hindi daily) to Jashpur, a remote district of the state, where not even the newspaper reaches. Notably, the current media adviser to the state chief minister is former editor of the Hindi daily. Two years after the announcement, earlier this month, the state government released the proposed ‘Chhattisgarh Patrakar Suraksha Kanun’ (Chhattisgarh Journalist Safety Law). However, the journalists, especially those working in the conflict-ridden region Bastar, are of the view that the proposed law will do little to shield them from harassment.

In May this year, the Supreme Court of India restrained the West Bengal Police from arresting five TV journalists, who were booked in as many as five cases after they conducted a sting operation to show the state ministers and ruling party Trinamool Congress MLAs allegedly taking bribes. Moreover, the state police arrested two journalists belonging to a YouTube channel ‘Arambagh TV’ in retaliation for reporting on alleged corruption in distribution of government funds to private clubs amid the COVID-19 pandemic. 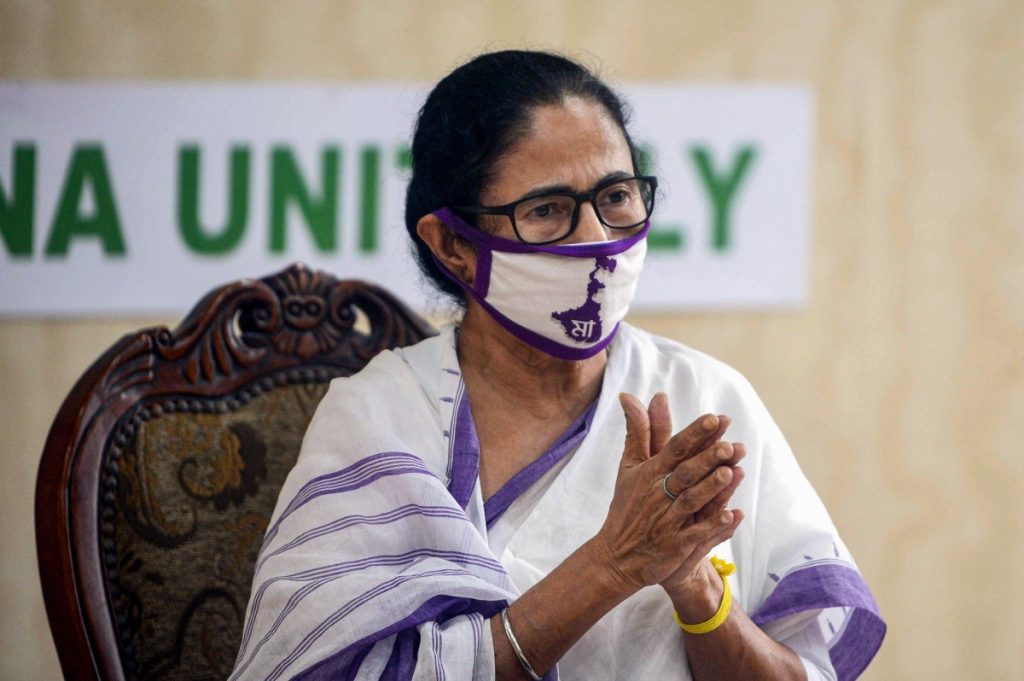 Same month, the West Bengal police opened an investigation into the editor of leading Bengali daily Anandabazaar Patrika following a complaint from a senior bureaucrat over the newspaper’s coverage of the COVID-19 pandemic. Earlier this month, the Kolkata Press Club issued a statement condemning a comment made by senior TMC leader and MP Mahua Moitra for calling local journalists and press as ‘two paisa press’.

Moreover, in April, West Bengal Chief Minister Mamata Banerjee was reported to have warned journalists to behave “properly”, accusing many of them of falling for BJP’s propaganda during the coronavirus outbreak.

In neighbouring state Assam, ruled by BJP, a journalist with local TV channel was arrested in July by the state police after his reports on alleged rampant cattle smuggling that has been plaguing Dhubri district of the state. On November 15, another journalist named Milan Mahanta was tied to a pole in the middle of a busy road and beaten up by a gang of gamblers in Mirza, which is 45 km west of Guwahati, the state capital.

Same month, the Editors Guild of India wrote a letter to the chief minister of Assam, expressing its concern about the growing incidents of violence against journalists in the state. “They have been subjected to mob attacks, intimidation, and threats, which is vitiating the environment necessary for the functioning of an independent and vibrant media. While we appreciate your firm condemnation of these incidents, the situation demands your urgent intervention to assure the media that they are safe to report without fearing retribution from the criminal mafia,” read the letter.

In Tripura, the pandemic provided pretext for the state government to assault journalists and silence the media. The attacks forced journalists of the state to protest against Chief Minister Biplab Kumar Deb.

Recently, the Press Council accepted a complaint against the Tripura chief minister for threatening the media. Moreover, this month, three journalists were allegedly assaulted when they were covering a clash between ruling BJP and opposition CPI(M) workers in the state.

According to senior journalists from the Northeast region, mediapersons face multiple challenges, including lack of insurance and the threat of violence, while reporting from the conflict areas of Northeastern states.

In September, Kishorechandra Wangkhem, a journalist based in Imphal was arrested under a fresh charge of sedition for responding to a viral social media post made by the wife of a high profile BJP politician of Manipur. He has been facing the BJP-led government’s ire ever since he criticised Prime Minister Narendra Modi, the RSS and state chief minister N. Biren Singh on social media in 2018. He has been in and out of jail on charges of sedition and under the draconian National Security Act (NSA). In April 2019, the Manipur high court quashed the charges against the journalist and released him from jail.

The National Capital has been no safe place for journalists and has been attacked by both the police as well as non state actors, including communal mobs. Earlier this year during anti-Muslim violence in North East district, several journalists were attacked, beaten and intimidated. Moreover, in August, three journalists of the Caravan magazine were assaulted, subjected to communal slurs, threatened with murder and sexually harassed by locals during reporting in the same district. In October, Delhi Police assaulted another staffer of the magazine while he was reporting in north Delhi. In May, the Delhi Police sent a notice to Mahender Singh Manral, special correspondent of The Indian Express, who had reported that police investigations found the possibility of an audio clip of Tablighi Jamaat leader, Maulana Saad, having been doctored.

One can cite dozens of cases from other states like Gujarat, Bihar, Jharkhand, Madhya Pradesh, Kerala, Andaman and Nicobar Islands, Arunachal Pradesh, Andhra Pradesh, Karnataka, Nagaland and Telangana, etc as there is there is hardly any state or UT, in which journalists and press freedom have not been under attack.

In short, as noted in the introduction of the report by Free Speech Collective, “The year 2020 has been a bad one for journalists in India. The COVID-19 pandemic has caused illness and death, and the lockdown resulted in salary cuts and loss of livelihood due to mass retrenchments effected by media houses. The killing and attacks on journalists have continued unabated. While self-censorship within the media remained an open secret, the government sought to increase regulation of the media, with media policies, funding and administrative mechanisms for online media.”

What was even more striking, as reported by The Wire earlier, was that the Press Council had been selective in upholding rights of the journalists and ensuring they are not targeted. In instances, it did not bother to fulfil its mandate. For example, the PCI swiftly intervened in the matter of the alleged attack on TV anchor Arnab Goswami, but remained silent over the issue of police filing FIRs against three journalists in Kashmir and invoking charges under the draconian Unlawful Activities (Prevention) Act (UAPA).

The selectivity and inaction of the Press Council is also evident from the fact that out of 55 cases documented  by the Rights and Risks Analysis Group, it intervened only in four.