Several Journalists' Bodies, Others Speak Out on Searches at 'The Wire', Its Editors' Homes

'We call on authorities and politicians to cease the harassment,' Committee to Protect Journalists said. 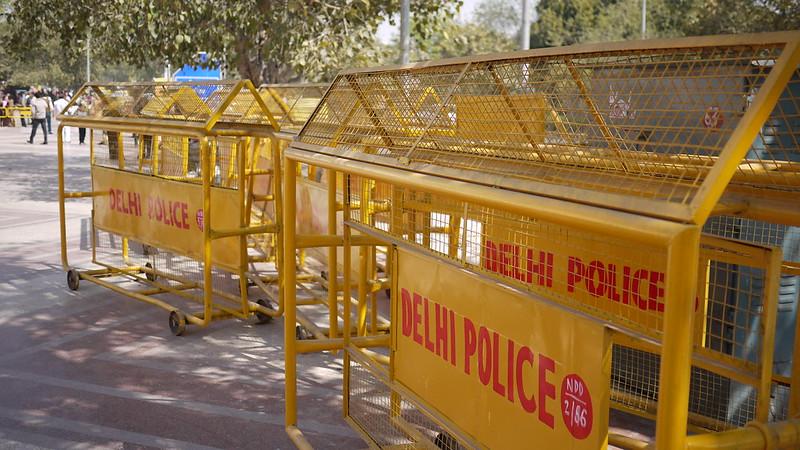 New Delhi: On October 31, several members of the Delhi Police Crime Branch arrived at the homes of The Wire‘s founding editors Siddharth Varadarajan, M.K. Venu, Sidharth Bhatia, deputy editor Jahnavi Sen and product-cum-business head Mithun Kidambi in Delhi and Mumbai, and seized various devices pursuant to a Section 91 notice issued in relation to an FIR lodged against them by BJP leader Amit Malviya. The Wire’s office at Bhagat Singh Market in Delhi was also searched, a lawyer physically pushed out by the officers at that site, and devices were seized.

As The Wire has noted in a statement, no hash value was given against the seized devices. Nor were cloned copies of devices, central to the office’s functioning, provided.

Amit Malviya’s complaint relates to a series of stories published on The Wire on the social media company Meta. The Wire had earlier retracted the stories and announced that it is conducting an internal review of them.

Journalists’ collectives, within India and outside, and individual commenters have spoken on the raids on social media.

The umbrella group DIGIPUB News India Foundation which comprises 11 digital news outlets including The Wire, has issued a statement in which it has said that the police’s search “smacks of mala fide intentions.”

Digipub's statement on police searches on the homes of the editors and a reporter of The Wire pic.twitter.com/ewZCIZNL4C

“A journalist or a media organisation that publishes a false report ought to be held accountable by it peers and civil society. But for the police to carry out an an immediate and arbitrary search of the media houses’s office and its editor’s homes, based entirely on a private complaint of defamation filed by a spokesperson of the ruling party, smacks of mala fide intentions. Moreover, the danger of these searches being used as an excuse to seize and duplicate confidential and sensitive data held by The Wire cannot be dismissed,” Digipub says in its statement.

The statement also said that numerous recent instances have shown that criminal prosecution and harassment by the police have intimidated and “prevented journalists from doing their jobs.”

The Press Club of India (PCI) said while the media has a responsibility to report and has to be responsible in reporting at all times, the manner in which the Delhi police has acted on Malviya’s complaint smacks of vendetta. “Such actions have a chilling effect on the rest of the media and impact the freedom of speech as well,” it said.

The PCI’s statement also noted that the Press Association, Working News Cameraman Association, Indian Journalist Union, and Kerala Union of Working Journalists have also expressed similar concern, along with two other bodies (Digipub and Delhi Union of Journalists) whose statements are separately mentioned in this article.

The Brihanmumbai Union of Journalists (BUJ) said it was perturbed by the searches. It said The Wire’s retraction of the stories and the promise of an internal review of editorial lapses “are in the best traditions of the principles of self-regulation”. It added That The Wire’s admission of lapses was “quickly seized upon by the BJP as well as the Delhi police to conduct raids” which it said is highly regrettable and deplorable.

“The BUJ believes that there is still much to ascertain about the sources for the news portal’s stories and whether the fabrication of documents were part of a larger scheme of entrapment. At this stage, however, the BUJ feels that the editorial lapses on the part of The Wire were regrettable but bona fide mistakes and there was no tinge of mala fides,” the statement said.

The National Alliance of Journalists (NAJ), along with Delhi Union of Journalists, also condemned the searches, saying that since The Wire had withdrawn the stories and has also apologised for the stories, the searches are “uncalled for and are an attempt to muzzle the press”.

The Committee to Protect Journalists’ Asia program coordinator Beh Lih Yi said, “The raids on the homes of The Wire editors is an excessive reaction by the Indian authorities.”

“The Wire has voluntarily withdrawn its reportage on Meta and Amit Malviya, apologized to its readers, and initiated an internal review. We call on authorities and politicians to cease the harassment,” CPJ said.

The Network of Women in Media India expressed shock and called the searches “unjustified.”

We at @NWM_India believe that the sole intent here is to muzzle India’s free press into silence. The media, or at least sections of it, adhere to the principles of self-regulation and self-correction and such excessive punitive action is deplorable and destructive.

On November 2, the Editors Guild of India, the Press Club of India and the Indian Women’s Press Corps expressed concern and condemnation.

EGI is disturbed by the manner in which Delhi Police carried out search and seizures at homes of senior editors of the Wire, as well as their office. Urges police to adhere to rules of investigation and protect integrity of sensitive journalistic information. pic.twitter.com/N75Y4y6dD0

The Mumbai Press Club is seriously concerned about the unfolding developments around the publication and retraction of the stories on Meta by the online news portal ‘The https://t.co/9vwqQ14zhE’ and the subsequent harassment of its editors by the Delhi police. pic.twitter.com/eyM2zvmsca

“There is no doubt that journalistic writing and reporting has to be done with utmost responsibility and accountability. There cannot be any compromise in that. Yet, there are ways and means of addressing errors in news reporting and recourse to police action of this kind in the form of searches and seizure is not one of them. Such actions do not augur well for the freedom of the press and for the Fourth Estate performing its role in a democracy,” the IWPC’s statement said.

On November 2, the International Press Institute also condemned the searches and called the “extensive seizure of journalists’ equipment” a “serious violation of press freedom.”

The IPI global network condemns raids on @thewire_in and editors @svaradarajan @mkvenu1 @bombaywallah @jahnavi_sen as disproportionate and excessive. In particular, extensive seizure of journalists' equipment is serious violation of #pressfreedom.https://t.co/G9gXwXzEu6

“Indian authorities must stop their harassment of The Wire and its editors and return all equipment seized,” IPI Deputy Director Scott Griffen said. “The raids on the news site’s offices and the homes of its editors, as well as the confiscation of mobile phones and other devices which may contain sensitive information related to the journalists’ work, are disproportionate, excessive, and a violation of press freedom.”

“The Wire has already stated that its news reporting in this case was not accurate and has taken steps to address the issue. However, this controversy must not be used as an excuse to intimidate The Wire as one of India’s leading critical news sites,” the IPI added.

Among other commentators on social media who condemned the searches, Internet Freedom Foundation’s Apar Gupta noted that “criminal prosecution is disproportionate to any breach of journalistic ethics…”

Others, among whom are opposition politicians and journalists, made notes on press freedom. Some of these tweets are below.

The registration of a criminal case and now the use of coercive police searches on the houses of the editors of The Wire deserves wide and unequivocal condemnation. Criminal prosecution is disproportionate to any breach of journalistic ethics or even law in the facts.

What is this FIR about? It is clear that The Wire and the journalists who worked on the meta stories were the victims — not the perpetrators — of an elaborate fraud through disinformation, forgery & a possible conspiracy.
FIR against The Wirehttps://t.co/JMb6UxUTAQ

The Delhi Police is raiding @svaradarajan & @mkvenu1 of @thewire_in on BJP IT cell chief FIR on a story that Wire had done about Facebook Censorship of posts flagged by Amit Malviya. There is absolutely no basis for this FIR & the raids are totally malafide; to harass indep media

Is this a Police State? Just because the BJP Media Chief has complained against @svaradarajan @mkvenu1 @jahnavi_sen of The Wire @thewire_in, Delhi police raid their houses! This is attack not only on upright journalism — very rare to find now — but to terrorise dissent. Shame!

Apart from the homes of the editors of the Wire, Delhi police also raided the office of the publication. The raid started at 4pm and just concluded. Around 25 cops were involved and The Wire's lawyer was not allowed to enter, according to sources at the outlet. https://t.co/5xeZdcRsOp

The Editors of the Wire, Sidharth Varadarajan and M K Venu are two to be proud of. They were misled into a story for which they have expressed regret. They deserve better than the midnight knock. We stand by them

Given that The Wire (a) acknowledged the story was incorrect, (b) retracted it and (c) apologised, criminal action is unwarranted. If anything we should be all praise for The Wire for acknowledging a mistake in a world where people don’t retract fake news even after fact-checks. https://t.co/d0HgYxpXd9

so it starts, between what transpired and what it has provoked is a gap so large, but it will remain invisible to our institutions who avert their gaze from the truth https://t.co/mDYBJFESbe

What's happening with the team of @thewire_in, @svaradarajan @mkvenu1 is nothing new. They are hounded by the state machinery for doing their journalistic duties.