Rupesh Kumar Singh covers issues of displacement and arrests of tribal people who have been framed as Maoists in Jharkhand. Three phone numbers belonging to him were on a list of potential targets for surveillance by Pegasus. 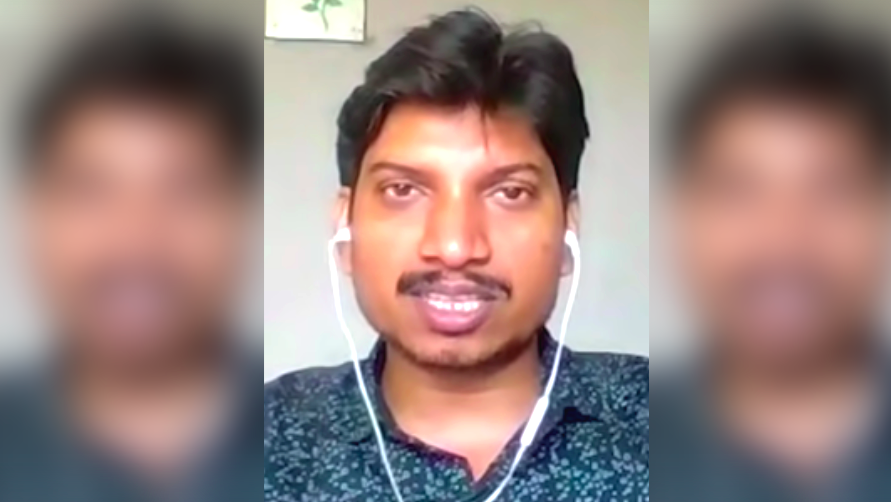 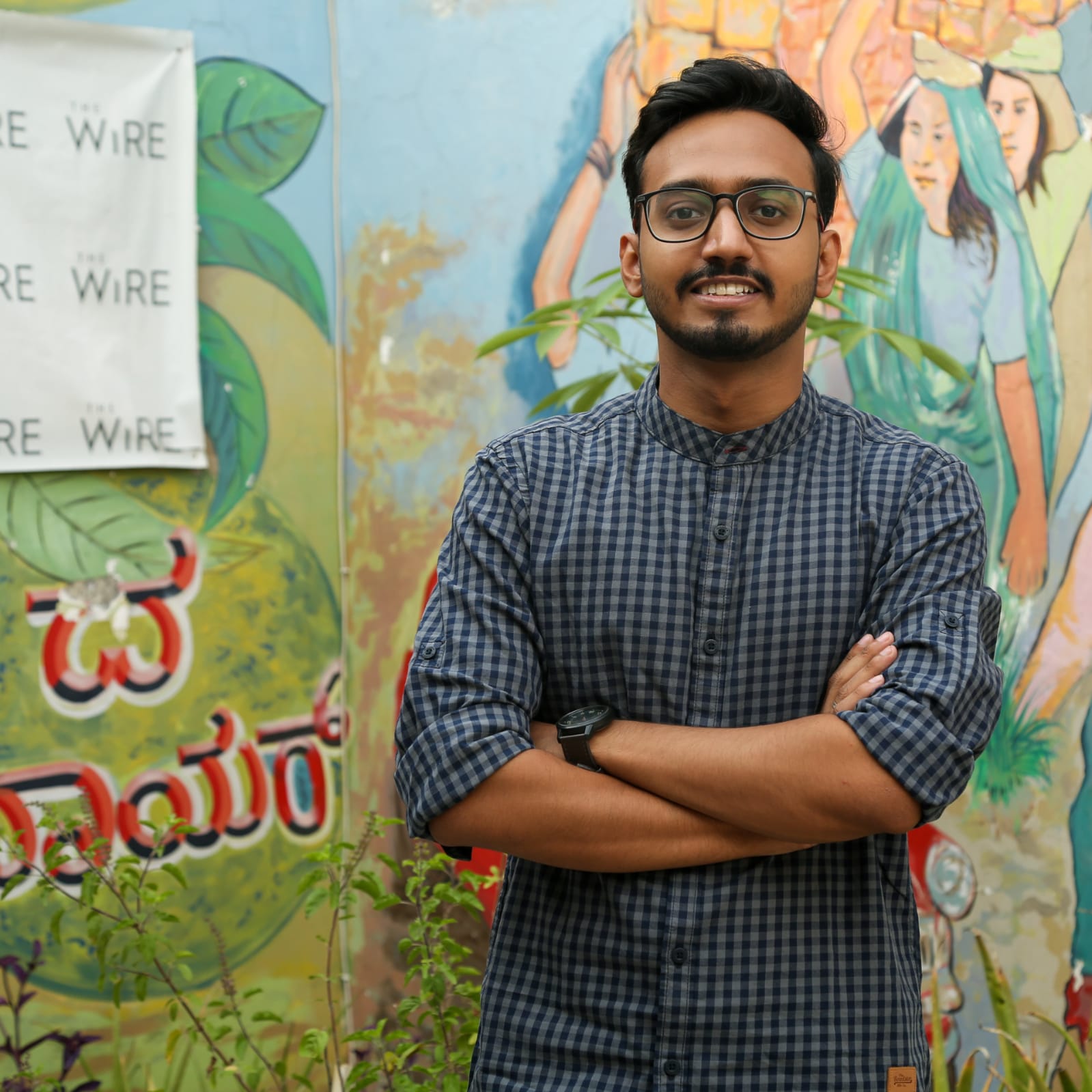 New Delhi: Rupesh Kumar Singh is an independent journalist based in Jharkhand’s Ramgarh. Three phone numbers belonging to him were on a list of potential targets for surveillance by Israeli spyware Pegasus, The Wire found.

Following are excerpts from The Wire‘s chat with him.

How did you react when your name surfaced in the Pegasus Project?

When I found out that my wife and I were on the snoop list, I was deeply offended. Not surprised, but really offended. How can you invade someone’s privacy? In the present system, our incumbent rulers have basically captured democracy. It is the first step towards capturing democracy. I believe the current situation in India is an undeclared emergency for journalism.

What one is doing in one’s bedroom, or who they’re talking to, is being tracked. To silence journalists like me, they are tapping the phones of our family members too, who are not even concerned with our work.

What does it mean for journalists in a democratic country to be spied on?

India is a democracy, a well-established one. But in the present system, our incumbent rulers have basically captured democracy. It is the first step. As far as journalists like you and me are concerned, we depend on our sources. We get a lead on the phone about a problem locals are facing, or a movement they have started. They invite us. Why would anyone risk calling us anymore? They’d be afraid. I’ve faced it before.

Now, I know I was being spied on. Whenever I phoned someone and informed them that I was coming, some other people would reach the location before me and threaten people who had invited me. Such incidents have also happened.

I think it is a disgrace for a democracy. The current government is conspiring to capture the democratic system. In fact, they have already put it into action. The current situation in India is, I believe, an undeclared emergency, especially for journalism.

Look at the series of recent incidents – the Income Tax department raids at the offices of Dainik Bhaskar, and Bharat Samachar.

Dainik Bhaskar had done some really good reporting during the second wave of COVID-19. And Bharat Samachar’s Brijesh ji has been asking difficult questions from the Uttar Pradesh government.

The way journalists have been spied on by Pegasus, people are bound to feel threatened. It is extremely dangerous for a democracy. This government has thrust an Emergency-like situation on the country. In the days ahead, we will have to breach the blockade imposed by the government, if journalism has to survive. We will need to reconnect to our sources. These are testing times for journalism.

Why do you think your name was included in the list?

As natural resources are looted and exploited in our country, especially in the state where I live, I cover news related to such issues.

So, most of my stories revolve around the issue of displacement in Jharkhand, the protests of the displaced people, encounters by security forces in the state, and the massive arrests of tribal people framed as Maoists. A survey conducted by Father Stan Swamy, who recently passed away, revealed that more than 4,000 innocent people are behind bars in various Maoist-related cases.

I was trying to bring the struggle of Adivasis, especially against the loot of natural resources, on a wider spectrum, and was writing and speaking about it. Not only the people of Jharkhand, but capitalists from India and abroad have been invited by our government to partake in this loot of our natural resources. This is why I think my name was on the list.

Also read: In Bastar, a Journalist Is Caught in the Crossfire Between Police and Maoists

After the list was made public, what kind of reactions did you receive?

When my name cropped up, I received positive response from my friends and those who know my work. Those who are struggling in Jharkhand, and many who are struggling all over the country, called me up that very night and extended support. They told me, ‘We support you for the questions you raise that have landed you in this situation.’

The people whose issues I voice, those who are my leads, they also called me up and told me that they support me. There is no need to be afraid as they are also not frightened. So, I have the support of the public, especially the progressive people and those who are struggling. I am not talking about godi media. In my village there are a number of Hindi newspapers and channels, but no one contacted me. I don’t pursue journalism for them. I do it for the public and the public is with me and those who are struggling are with me.

Several people have asked me to take the matter to the Supreme Court, and said that they would crowdfund for me. I have received such messages from different villages.

What do you think about the government denying all allegations of snooping?

First of all, the government at the Centre is a cowardly government and full of lies. The whole world saw how so many people died due to oxygen shortage and how it (the government) lied about it in the parliament. The NSO claims that it is hired by governments. So, if it was not our own government that tapped the phones of so many journalists, bureaucrats, ministers, and opposition leaders, and some other country was carrying out surveillance of these people, then our country’s sovereignty is in grave danger.

If you claim that our country is all-powerful and sovereign, then why are you not taking action against it? It should be a question of the honour of the country. How can people of another country spy on our country’s citizens? If that is not the case, then the government is lying. Otherwise, they should find out as it is a threat to the sovereignty of the nation.

Would you take the matter to court?

As I told you, I am a freelance journalist. I cannot afford to fight a case in the Supreme Court.

But I have the support of the people. Yesterday, I discussed it with some advocates and sought advice. As they are also from Jharkhand, they will seek further advice about the workings of the Supreme Court and the expenditure. But I believe if a group of journalists were to file a case jointly, it would have a greater impact. But anyway, I am getting advice and in my personal capacity, I will definitely try to file a writ petition in the Supreme Court.

Although I am not in a condition to afford it, I will give it a try because the government has invaded my privacy and has proved itself to be completely anti-constitutional.

The constitution has given us rights. Recently, the Supreme Court also ruled on August 24, 2017, that the right to privacy is an individual’s fundamental right. Since they have tampered with our privacy, we will definitely go to court. Article 21 of the constitution also asserts the right to privacy. So, we will definitely take the matter to court. But it will be better if we do it jointly.