Journalists, already among those whose work suffers the most in any siege, have now been facing the most resistance to their work.

Srinagar: Shahid Khan shudders as he recalls the September 7 incident when he was beaten up by a group of policemen while covering Muharram processions in the Rainawari locality of Srinagar.

“I was among six photojournalists covering the event. Suddenly the escort of a senior police officer arrived at the spot and started beating us,” said Khan who works with the Jammu-based daily, Reporter North.

“I was thrashed by a policeman who used his cane for at least five minutes. He kept telling me ‘why do you go out to shoot events, you create problems for us’,” said Khan.

“They kept beating me and didn’t listen to a single word.”

Khan said he has suffered a hairline fracture on his right shoulder. Doctors have advised him rest for three weeks.

“The incident still gives me nightmares. At a time when I should have been telling the stories of Kashmir to the outside world, I myself have become a story,” he said.

In the past 44 days, after the government of India has diluted Article 370 and divided the state of Jammu and Kashmir into two Union Territories. Journalists in Kashmir are facing tough times – the blockade of internet and mobile services has left them crippled. Restrictions and harassment faced by journalists in the hands of the security forces while on the job has added to their worries.

A Kashmiri woman walks past a bus used as a road block by jawans in Srinagar, on August 11. Photo: Reuters/Danish Siddiqui

“Journalists are understanding that they are in a kind of double siege amidst the total communication blockade. Many cases of harassment of media persons by the forces have come to the fore in the last month and in some cases the journalists have been asked by the authorities to reveal their source of information. This has added to our fears,” said Naseer A. Ganai, a senior journalist.

Shahana Butt, who works with an international TV channel, remembers vividly the last time she was stopped by security forces from performing her job.

Butt and her cameraman were on their way to cover the funeral of an 11th grade student, Asrar Ahmad, in Elahi Bagh locality of Srinagar when they faced the forces’ ire at Rainawari on September 5.

Khan, who had suffered pellet injuries on August 6, according to his medical records, succumbed on the evening of September 4 after battling for life in Srinagar’s Sher-e-Kashmir Institute of Medical Sciences. He was buried the next day.

“The officer on duty was very polite but the cops stopped us and threatened to damage my camera,” said Butt, who works as producer correspondent at Press TV. “They checked our camera and only after finding it empty, allowed us to go.”

Butt said they were stopped even when they showed a ‘movement pass’, also locally known as a ‘curfew pass’ to the men-in-uniform. Such a pass is issued by the state administration to media persons. 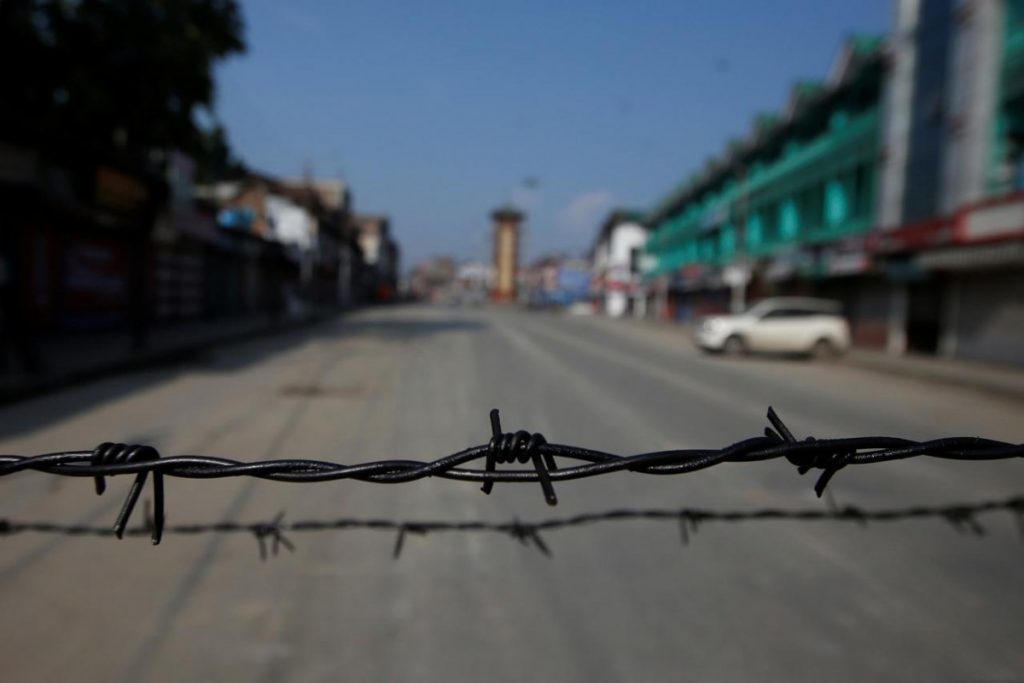 “There are many issues that journalists face in Kashmir. At times, the security forces don’t allow us to work freely. We often face questions like ‘why don’t you seek permission before going to cover the event’,” Butt said.

Last week, the Kashmir Working Journalists’ Association (KWJA) issued a statement condemning the harassment of journalists by the government of India and the authorities in Jammu and Kashmir.

“KWJA strongly condemns the summoning of journalists by police officials on frivolous pretexts and forcing them to reveal their sources,” the statement said, questioning the indefinite and unprecedented communication blockade in Kashmir which, the body said, has crippled news gathering and dissemination.

On October 8, another female journalist, Rifat Mohidin, was abused and bullied by J&K policemen when she was on way to the media facilitation centre set up by the government for local journalists, to file her report.

“I was stopped near Jehangir Chowk flyover and not allowed to move further by policemen. They [verbally] abused me and my family. I told them I have a curfew pass but they didn’t listen. They even damaged my car with batons. I was in tears,” she was quoted as having said. She also said that policemen had even warned her of dire consequences and also tried to seize her vehicle.

Following the incident, the Valley’s Women Journalists’ Association issued a statement in condemnation.

A spokesperson of the association said police and other security forces should issue circulars to their men on the ground, directing that journalists should be allowed to perform their jobs without hassle.

Kashmir-based journalists, including around a dozen women scribes, have faced curbs on their movement since August 5 lockdown.

Amid the communication blockade, access to information has become a major challenge. They are not able to call government officials or meet them in their offices while working on a story. They have to wait in queues at the media centre to file their stories.

The centre has 10 computer systems which work on a single internet connection.

Despite valid identity proof and movement passes, journalists have frequently complained of not being allowed free and smooth movement.

“Since August 5, I have been in at least five such incidents when the forces didn’t entertain a curfew pass or accept my identity proof and I was forced to change the route or wait for a longer time before being allowed to proceed,” said a journalist who works for a local daily and lives in Srinagar uptown.

In the past 44 days, two journalists were also detained.

On August 14, Irfan Ahmad Malik, who works for Greater Kashmir, was picked up by security forces from his residence in Tral town of Pulwama district during the midnight raid.

He was detained at a local police station and released after two days. The police, however, didn’t specify the grounds on which Malik was arrested.

Last week, a photojournalist from Anantnag district, was picked up by forces and detained at an Army and Special Operations Group camp in Kulgam for five days, said a senior member of the KWJA.

The scribe, who works with a Jammu-based daily, was released on September 16. Again, there was no word from the security forces about the charges against the photojournalist.

“Movement of journalists in Kashmir is always at the mercy of police and other security forces. During curfew or restrictions there have been instances when journalists have been selectively targeted. This is not a new phenomenon,” said senior journalist Shahnawaz Khan.