When a Government Is Hostile to the Press

The current regime puts the media under severe pressure to be lapdogs. Those who don't comply are suitably punished. People watch Indian Prime Minister Narendra Modi addressing the nation amid concerns about the spread of coronavirus on TV screens inside a showroom in Ahmedabad, March 19, 2020. Photo: Reuters/Amit Dave 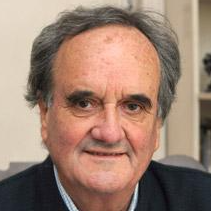 The prime minister has spoken. We are locked down for another three weeks. During the time ahead, the role of journalism will be particularly important because controversies are bound to occur, mistakes will be made, the poor will continue to suffer, the economy will continue to bleed, and there will be the daily toll of infections and deaths. India is faced with potentially demoralising, dispiriting uncertainty.

No one can tell how and when this crisis is going to end, whether this second phase of lockdown will be sufficient, what the damage to the economy will be, how many will be left mourning the deaths of husbands or wives, relatives or friends.

In such uncertain times as these, it is essential for journalists to be allowed to do their job of providing accurate and balanced information if confidence in the government is to be maintained and rumours are to be squashed.

Also read: Amartya Sen on The Wire, the Police and Beyond

I realise this may be controversial, but I would say that journalists should be aware that we are fighting a war and that sustaining ‘patriotism’ is vital in wars. By patriotism I do not mean the nationalism we hear so much about – which is purely political and divides rather than unites. That one is sustained by the fear of the other, and on the abuse of the phrase ‘anti-national’ and the misuse of the charge of sedition.

Mark Twain described patriotism as “loyalty to the country always. Loyalty to the government when it deserves it.”

The patriotism I speak of is balance and professionalism.

So what is the position of journalism in India as we go into our second lockdown? There are frequent complaints that journalists have become lapdogs, lapping up the government’s point of view. There are even comparisons with Indira Gandhi’s Emergency regime, which I think are exaggerated. She imposed strict censorship, and Modi has not gone that far.

But this government does put the media under severe pressure to be lapdogs. Writing in the New York Times, Vindu Goel and Jeffrey Gentleman suggested “under Modi, India’s press is not so free anymore”. To illustrate the government’s attempts to subjugate the media, they told the story of a TV channel which was abruptly taken off air just before a broadcast and closed for 48 hours because its coverage had seemed “critical of Delhi Police and the RSS”.

Nowadays, the police seem to think any criticism of the government or them is a crime. The NYT article also described the case of two television presenters on ABP who were pressurised by the owners to resign because they had criticised Narendra Modi.

Also read: UP Police Serve Notice on The Wire, Summon Founding Editor to Ayodhya Despite Lockdown

But in spite of all the pressure on journalists, promoters and proprietors, there are still television channels, newspapers, digital and print, and other outlets providing information about the government which is critical of the prime minister and his government when they feel that is justified.

When a government is hostile to the press, it prompts hostile reactions too. Currently, India is getting bad press internationally and this is damaging its global image which Modi sets such store by, and which is so important in attracting foreign investment. The NYT article was damaging enough.

Far more damaging was a long article by Arundhati Roy published in possibly the most influential newspaper in the business world, London’s Financial Times. In her dazzling prose, she first launched a blistering attack on US President Donald Trump and America’s response to the coronavirus crisis. She then turned to India, her own country. She attacked PM Modi for imposing the national lockdown without preparation and without warning, “saying the man who loves spectacles has created the mother of all spectacles”. Writing of the call for social distancing, Roy said it was “easy to understand for a society so steeped in the practice of caste”.

Also read: When Freedom of the Press is Stricken With the Coronavirus

Summing up her article, she wrote, “As an appalled world watched India revealed herself in all her shame- her brutal structural, social and economic inequality, her callous indifference to suffering.”

Would this article encourage any reader of the Financial Times to invest in India?

While Modi keeps up the pressure on media organisations trying to do the job they should be allowed to do, he ignores those organisations which should be stopped from doing what they are doing – the television channels which deliberately provoke hostility toward Muslims. The Tablighi Jamaat incident gave them a field-day. On two consecutive nights over a week after the incident, I watched an anchor on Republic television repeatedly stressing on the ‘Tablighi impact’ on the infection figures and insinuating that their failure to obey government orders “was typical Muslim behaviour”. Poisonous fake news circulates freely on social media. One story in circulation alleges that Tablighis deliberately spat on doctors to infect them.

BJP president J.P. Nadda asked BJP party leaders to refrain from giving any “communal colour” or create any division or differences over the COVID-19 outbreak. That instruction seems to have been obeyed by BJP leaders. Nevertheless, there was evidence of the spread of poisonous prejudice on the eve of the prime minister’s latest broadcast. In Delhi, a man was seen on television screens flogging a vegetable seller just for being Muslim. Six Muslim vegetable sellers in UP complaining that they had been abused and prevented from selling their produce were also seen by television viewers. But Modi has not followed his party president’s example by acknowledging that there is a problem and warning against it

We are in dangerous waters. The crowds of migrant workers who came on the streets of Mumbai, Surat and Hyderabad demanding transport to take them home after the prime minister’s broadcast demonstrate the risk of civic unrest and the danger of rumours.

The need for journalists to be free to do their job in providing accurate information in a balanced manner is self-evident, as is the need to stem the flow of communal poison which divides society at a time when unity is so crucial.

Mark Tully is a writer and columnist and is the former India Bureau chief of the BBC.