Tanushree Pandey broke the story on the secret midnight cremation of the Hathras gang rape and murder victim. 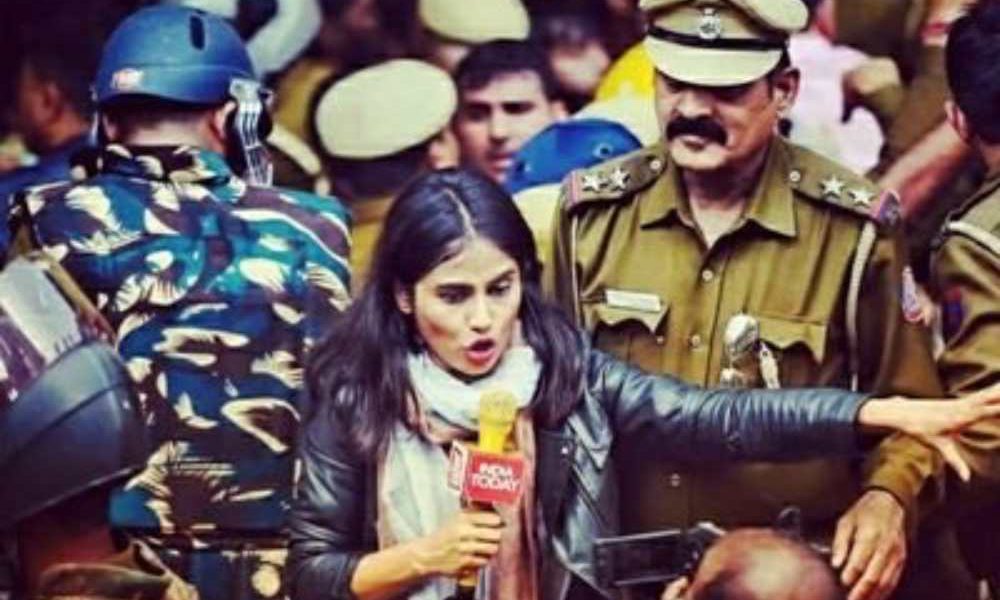 New Delhi: India Today journalist Tanushree Pandey – who broke the story of the secret cremation of the Hathras rape victim – is now being maligned over a telephone conversation she had with the brother of the deceased.

‘Op India’, a right-wing, pro-government portal, played a recording of the conversation and claimed Pandey tried to convince the woman’s brother to send her a video statement of his father saying that he was put under immense pressure from the administration to sign a document stating “they were satisfied by the police probe”.

On Saturday, India Today issued a statement questioning the authorities for recording the call, asking why its journalist’s phone – or the phones of the family of the deceased – are being kept under surveillance.

The statement also questioned the legal basis on which phone calls are being recorded and leaked.

“India Today first asks why was the telephone of our reporter, who was covering the Hathras murder, being tapped? If it was Sandeep’s phone that was being tapped, then the government needs to answer why are the phones of the grieving victim’s family under surveillance. And under what legal provision of law were the phones tapped and call recordings leaked by officials who had access to these recordings,” the statement reads.

In a video of the woman’s father shared by Congress leader Priyanka Gandhi, he had said, “We are not satisfied with this. My daughter’s case should be probed by the CBI and monitored by a Supreme Court judge. We are under pressure from officials and confined to our home while the media has also been disallowed from meeting us.”

Taking on the video, the ruling Bharatiya Janta Party said that the media is “misreporting” facts by coercing false statements from the woman’s family.

BJP leader Amit Malviya blamed India Today‘s “false reporting” for the ban on the media entry into the woman’s village.

“If the media has been disallowed, the credit goes to your channel and its coverage. There is an audio of your reporter Tanushree Pandey that has gone viral…your channel has souped out in Hathras [sic] and is misreporting. So clearly, the media particularly your group, has not much track record to speak about,” said Malviya.

Malviya even suggested that woman was not raped, referring to the autopsy report. The police and members of the Yogi Adityanath government have been trying to claim that the woman was not raped, just because no sperm was found on the body. However, a number of legal experts have reiterated that sperm does not need to be found for the offence of rape to be made out, and that the medical report makes brutal sexual violence and rape clear.