The threat of a future Mumbai-like attack in India remains, and understanding the evolving role of the media during crises is critical for decision-makers and the public alike. 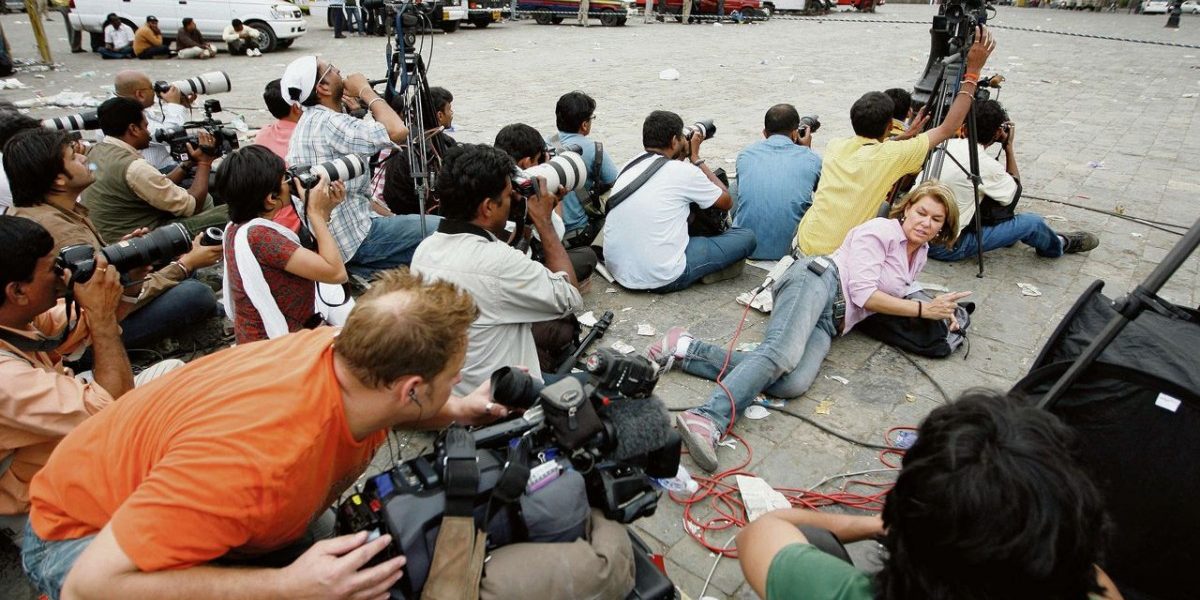 Photographers and members of the media cover a gunfire at the Taj Hotel in Mumbai November 28, 2008. Credit: Reuters/Desmond Boylan/Files

Ten years ago, the Pakistan-based Lashkar-e-Tayyabba (LeT) launched an assault on Mumbai that lasted three days and was broadcast live on television. Analysts suggest that little progress has since been made on Indian intelligence reform to prevent such attacks or on shoring up management capacity to limit escalation during a resulting crisis. A particularly under-appreciated aspect of crises is the role played by the media – both in contributing to how events unfold and in framing public discussion on escalation of a conflict with Pakistan. The recent 26/11 anniversary is an opportunity to review the historical role of the media and consider future implications.

New research published earlier this year by the Stimson Center affirms that news media in South Asia will continue to be an important stakeholder in interstate crises. Drawing on an empirical analysis of the history of India-Pakistan crises, it further suggests that extensive Indian media coverage of a provocation like a terrorist attack is correlated with the likelihood of that event being treated as a crisis by the government of India – ultimately, a political decision.

Although the media has not decisively influenced policymaking in a way that impacted crisis management, it has shaped the way in which issues are framed and news is consumed. Ultimately, however, during periods of crisis, the media takes its cues from the government while responding to what the public expects to hear, see and read.

Since the 1999 Kargil conflict, crisis-related media narratives in India have not changed dramatically. Having said that, three phases of media-policy interaction during bilateral crises can still be discerned. They can be roughly segregated into 1999-2008, 2009-13 and 2014-18 – periods that coincide with the Atal Bihari Vajpayee, Manmohan Singh and Narendra Modi-led governments.

Vajpayee’s careful signalling during Kargil had a corresponding impact on media coverage. Whether he was increasing pressure on Pakistan or paring it down, media coverage generally mirrored the government’s tone. In the second phase, Singh continued this measured messaging. However, a weak government and lack of internal party cohesion, which created a vacuum for the media to steer national conversation, characterised his second term, which began in the aftermath of the Mumbai attacks.

The third period under Modi appears to be a more fortified version of Vajpayee’s approach, with social media as the preferred conduit for direct communication with the public. There are, however, some divergences from the Vajpayee era because of democratised, horizontal networks of information made possible by technology’s transformative potential. This phase, therefore, while dominantly top-down, also bears some traces of bottom-up interaction due to the increasing importance of social media. 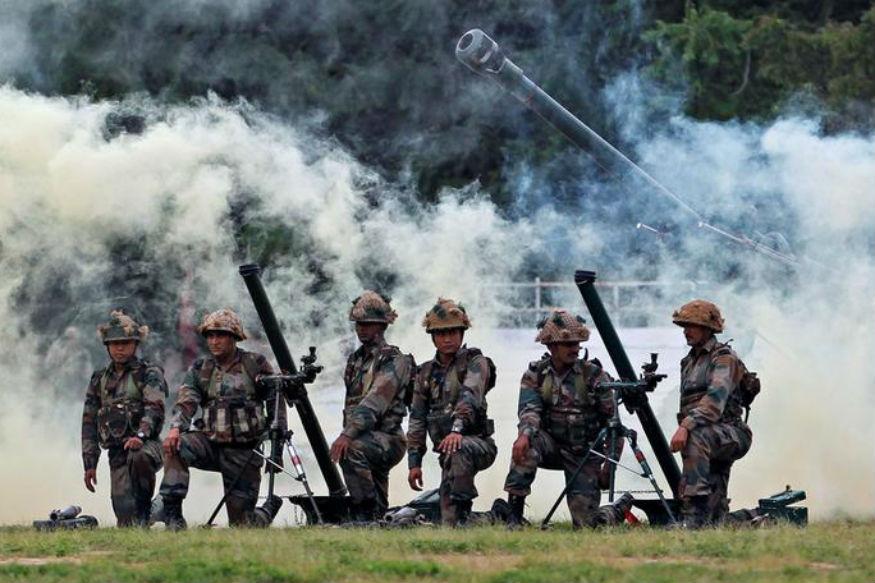 Extensive Indian media coverage of a provocation like a terrorist attack is correlated with the likelihood of that event being treated as a crisis by the government. Credit: Reuters

The rise of a hyper-nationalist media, selective and controlled government messaging about crisis decisions resulting in limited information available to the media, and, in the words of an interviewee, an increasingly “tenuous relationship between what the government does and what the media says” distinguish this period. “Superannuated generals and sundry hawks” shaking their fists at Pakistan begin to appear on primetime television roughly around the onset of this phase, with an interviewee concluding that “sanity has not been restored since.”

Televised debates on national security issues are primarily tactical and jingoistic, preventing any critical discussion, and most military developments are depicted as advancements. Coverage post the 2016 Pathankot and Uri attacks are useful examples of how the Modi government has successfully regulated media narratives of crises by controlling the release of information while also responding to public calls to action, as demonstrated by its highly publicised ‘surgical strikes‘.

These changes to the media landscape require closer examination and adjustment to the dynamics of future crises. By essentially dealing in information, the media becomes a stakeholder in crises as both a collection of actors and as a channel for government information dissemination. As one of the authors of the Stimson Center’s research has argued, the media forms a “self-referential cycle” by interacting with both the public and government to shape the news. In this cycle, the media, public and policymakers feed each other’s perceptions of reality regarding inter-state crises. As a result, during adversarial situations, the Indian media often lacks the independence to offer critical perspectives and hard investigative reporting. Three key factors drive this self-referential cycle.

First, journalistic standards can become subservient to the frenzy of crisis reporting. A historic example of such standards is the ‘joint press code’ adopted in 1950 by the All-India Newspaper Editors’ Conference and the Pakistan Newspaper Editors’ Conference that advises against sensationalist reporting, talks about the deliberate use of prejudiced coverage to provoke tensions and recommends the authentication of sources and information. Most journalists interviewed for the Stimson Center-sponsored study had not heard of it.

While acknowledging that the Indian media’s credibility as an impartial purveyor of news during interstate tensions has suffered since 1999, it is important to recognise that in crisis situations, impartial journalism and perceptions of patriotic duty do not always coincide. Beyond the question of independence, basic good practices like verifying sources before broadcasting information, delaying reports of sensitive operational information and avoiding sensationalist reporting that could provoke further unrest becomes even more salient when reporting on an evolving crisis. During 26/11, premature reporting on similarly premature statements by government officials about, and even video of, unfolding operations likely compromised the efficacy of security forces in the prolonged attacks.

Second, Pakistan uniquely factors into both domestic and foreign policy calculations in India. Any government has an interest in shaping – if not manipulating – crises coverage to manage public perception and any political blowback. While domestic politics has historically been a more crucial element of crisis decision-making than media coverage, the media plays a key role in framing political issues that the public views as most important. A government’s management of media influence on internal politics is thus a priority during crises. By controlling much of the key information in a crisis, the government can utilise the media to either amplify or damper a story. Compare, for example, muted coverage of the 2017 Doklam standoff with reporting around the Uri attack.

Third, structural incentives and the evolution of the media in the information age drive crisis coverage to a race to the bottom. Taking cues from the government about how to cover a crisis, news media also responds to what the public expects and is willing to consume. Additional challenges stem from the flooding of the media market both horizontally and vertically. With the growth of new media platforms and the corporatisation of media ownership, economics increasingly determines prominent content.

Today, the threat of a future Mumbai-like attack in India remains, and understanding the evolving role of the media during crises is critical for decision-makers and the public alike. Admittedly, the independent variable determining media behaviour during crises is consistently the state of political leadership. The media can, however, play an important role in amplifying and communicating narratives, catalysing decision-making processes and framing public conversation around crises. It is through this framing role that the media can have important consequences for Indian decision-making and management of potential future crises with Pakistan.

Ruhee Neog is the Director of the Institute of Peace and Conflict Studies in New Delhi. Hannah Haegeland is a South Asia analyst at the Stimson Center in Washington, D.C.