The hate tracker, which was intended to be a “crowd-sourced database of hate crimes in India since September 2015” was an editorial initiative driven by former editor Bobby Ghosh. 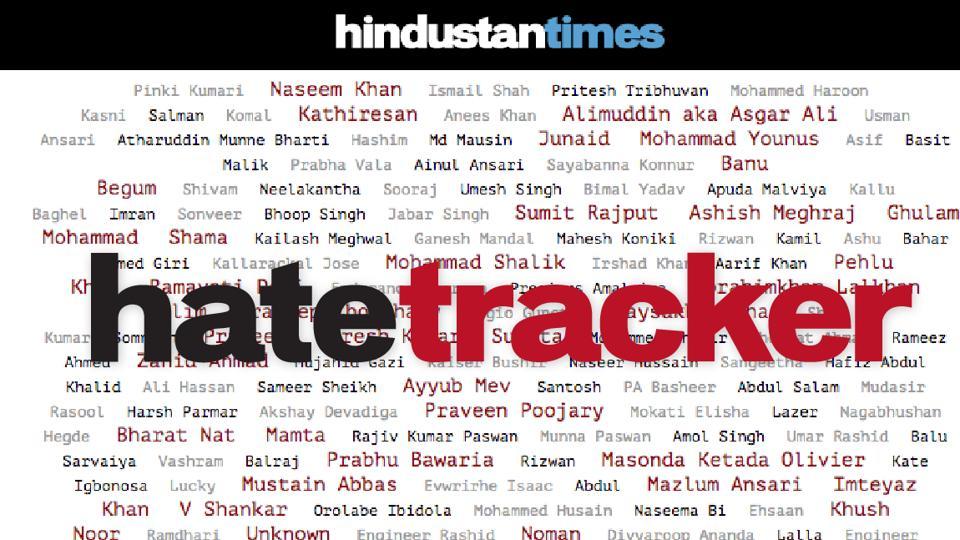 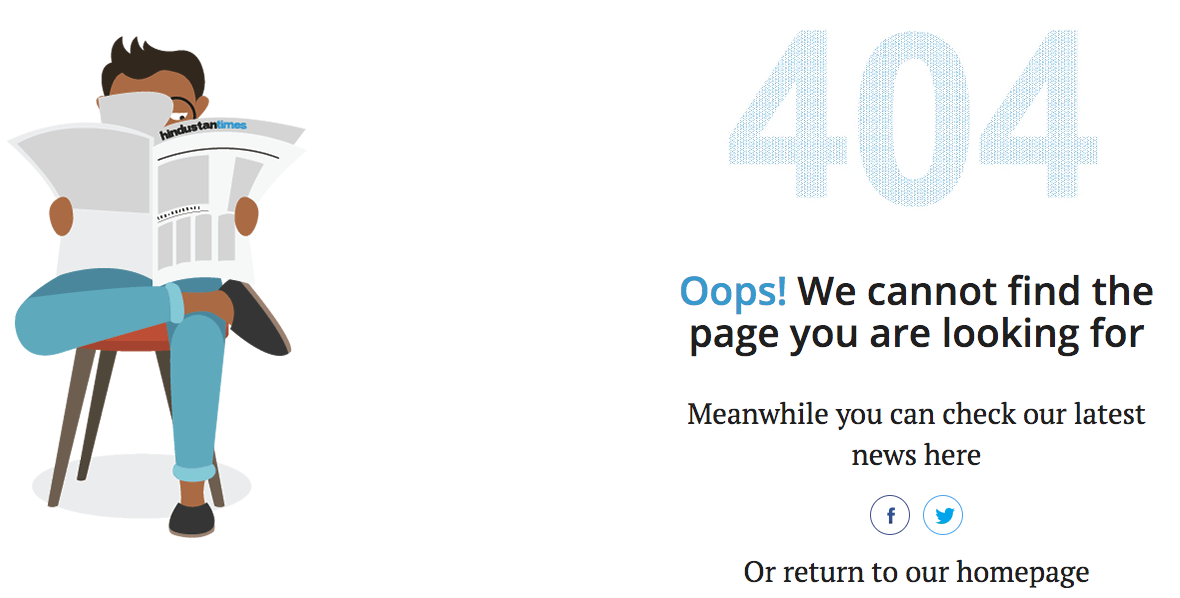 New Delhi: The Hindustan Times appears to have taken down its hate tracker initiative, a microsite that aimed at being a “national database on crimes in the name of religion, caste and race”.

Readers and viewers who tried to access the tracker on Wednesday morning were greeted with a 404 error message that indicated that its contents are currently no longer available on newspaper’s website.

Although the official reason behind the hate-tracker’s take-down is unknown at the moment, two journalists within the organisation that The Wire spoke to confirmed that it had been removed for the moment.

A detailed emailed questionnaire has been sent to current editor R. Sukumar and chief content officer Rajesh Mahapatra and the story will be updated if and when they respond.

The hate-tracker, which was intended to be a “crowd-sourced database of hate crimes in India since September 2015” was an editorial initiative driven by former Hindustan Times (HT) editor Bobby Ghosh, who joined the publication in May 2016.

As The Wire has reported, Ghosh’s 16-month stint, which formally ended this week, may have rubbed the BJP-led political establishment the wrong way. The months leading up to his exit saw a personal meeting between Prime Minister Narendra Modi and HT proprietor Shobhana Bhartia and sustained objections raised by top-level government officials to editorial decisions taken during Ghosh’s tenure.

Over the last month, HT has slowly started distancing itself from the hate-tracker. On September 13, 2017, two days after Ghosh’s departure was announced, Geetika Rustagi, the organisation’s content engagement editor, sent an email to editorial heads in Bombay and Delhi with the subject head: “Hate tracker tweets and RTs”. 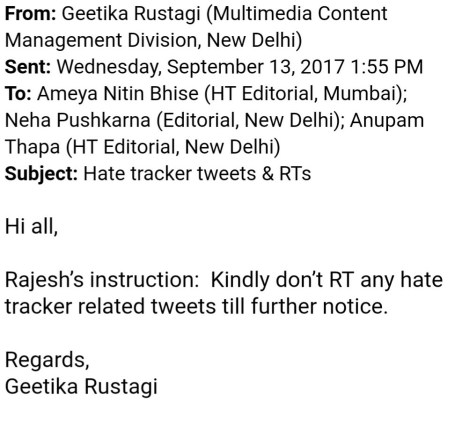 The email, which The Wire reported on, simply stated that “Rajesh” has directed that no hate tracker tweets or hate tracker-related tweets are to be retweeted “until further notice.”

At the time, journalists within the organisation who The Wire spoke to indicated that the tracker could have been among the “last straws” that precipitated Ghosh’s exit.  HT employees confirmed that while work on the hate tracker still “officially continued”, social media teams were informally told that it should be publicised less on platforms such as Facebook and Twitter.