An internal email also shows Hindustan Times is distancing itself from the 'Hate Tracker', a key initiative of Bobby Ghosh's that the BJP and its supporters were unhappy with.

The government insists the meeting was “confined to” Bhartia’s efforts to secure Modi’s participation in a flagship HT event. But sources in the newspaper say that in the run-up to that meeting, she faced sustained objections from senior ministers to aspects of HT’s political coverage, to Ghosh’s own views expressed on social media, and to the fact that he does not hold Indian citizenship. One of these minsters had even hinted at escalating matters to Modi.

Ghosh, a journalist and editor with extensive worldwide experience, joined HT in May 2016 after successful runs as managing editor of Quartz and editor of TIME magazine’s international edition. His 16-month stint is widely seen as having perked up the 90-year-old newspaper, even if some of his editorial initiatives – notably the ‘Hate Tracker’ – have rubbed the BJP-led political establishment the wrong way.

His departure from HT was announced by Bhartia on September 11. The fact that Bhartia’s statement did not say Ghosh had resigned, but that he would “be returning to New York for personal reasons” – and that Ghosh has made no public statement of his own – is seen as a sign within the organisation that his exit was forced.

The Wire mailed a detailed questionnaire to Nripendra Misra, principal secretary to the prime minister, seeking confirmation of the Modi-Bhartia meeting and asking whether it was correct, as sources within the newspaper had claimed, that Modi raised Ghosh’s citizenship and even suggested the HT should not have him as its editor.

Similar questions were put to Bhartia. Ghosh, who is set to return to the US in early November, declined to comment.

Misra sent in a response via Frank Noronha, principal director general of the Press Information Bureau of the Government of India, confirming the meeting but terming as “baseless” the suggestion that the prime minister might have sought Ghosh’s removal:

This is with reference to your e-mail dated September 18, 2017 to the Principal Secretary to the Prime Minister, Shri Nripendra Mishra on the subject mentioned by you “Questions about Prime Minister Modi’s recent meeting with HT proprietor Shobhana Bhartia“.

Other related assumptions and insinuations in your email of September 18, 2017 are baseless and denied.

The Government is committed to the freedom of the Press.

Bhartia did not reply to The Wire‘s queries. Instead, Dinesh Mittal, HT general counsel, sent a brief response in which he chose not to disclose the fact that Bhartia and Modi had even met but denied that the newspaper had acted under pressure:

Bobby Ghosh has decided to leave for personal reasons. No external party, and that includes the government, the PM or any member of the government, has had any say or influence in the matter. Using circumstantial information to support your story is undesirable & unwarranted.

Notwithstanding these denials, sources say the editor’s citizenship did come up for discussion in the Modi-Bhartia meeting.

Multiple sources within HT confirmed that Bhartia had been fending off pressure for some time – including from ministers – over Ghosh’s editorial leadership. Arguments over his citizenship also took place, though this issue was seen inside the organisation as a red herring. Objecting to Ghosh because of his passport could arguably be sold as ‘nationalism’ whereas directly targeting his editorial direction would be seen as an attack on media freedom.

As proprietor, Bhartia was aware that the law does not specify that the editor of a newspaper must be an Indian citizen. Company lawyers confirmed this when Ghosh was hired after an international search involving a leading headhunting firm. In 2013, the Delhi high court dismissed a petition filed by BJP leader Subramanian Swamy seeking removal of The Hindu’s erstwhile editor, Siddharth Varadarajan (now one of the founding editors of The Wire), on the grounds that he had a US passport.

Senior staff within HT who raised this point with Bhartia and her advisers were told, “It is one thing for The Hindu to have defended Siddharth Varadarajan when he came under attack from Swamy. What does one do if the [highest levels of government] make this an issue?”

Swamy’s arguments were rejected by the court, which indicated that the existing wording of the law was clear. The law in this case is the Press and Registration of Books (PRB) Act. The bench noted that while the pending Press and Registration of Books and Publication Bill 2011 suggested defining the term ‘editor’ as a person who is a citizen of India, it was “not for the court to legislate”.

In fact, amendments to the PRB Act have been pending since 2011, and Modi has not moved parliament to amend the law. The Wire’s query to information and broadcasting minister Smriti Irani on the government’s stand on amending the PRB Act has not been answered till the time of publication.

Meanwhile, in the first concrete indication of a shift in editorial direction following Ghosh’s exit, HT appears to be distancing itself from the newspaper’s ‘Hate Tracker’.

On July 28, 2017, HT launched its ‘Hate Tracker’ – a “national database on crimes in the name of religion, caste race.” As a separate microsite, the hate tracker was intended to be “a crowd-sourced database of hate crimes in India since September 2015”. 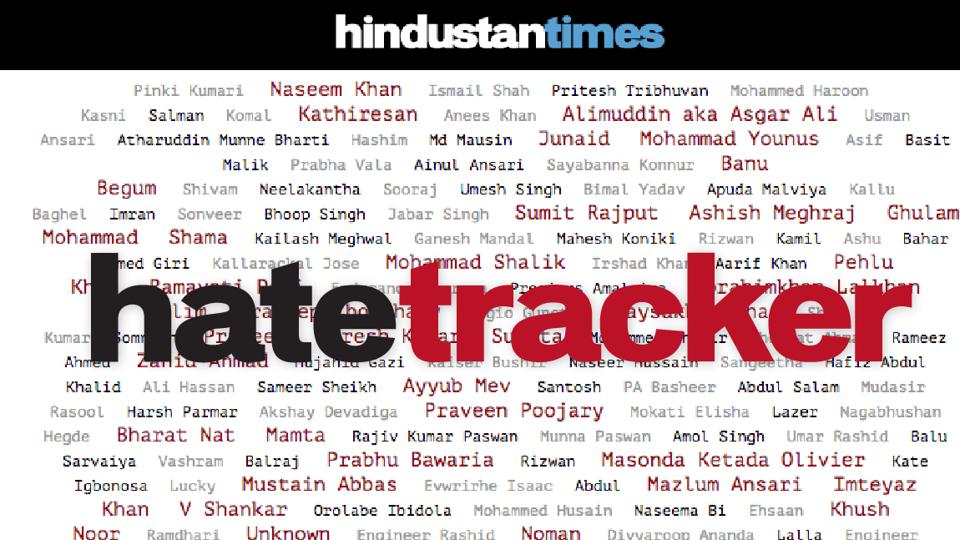 On September 13, 2017, two days after Ghosh’s departure was announced, Geetika Rustagi, the organisation’s content engagement editor, sent an email to editorial heads in Bombay and Delhi with the subject head: “Hate tracker tweets and RTs”.

The email, which is reproduced below, is short. It simply states that “Rajesh” has directed that no hate tracker tweets or hate tracker-related tweets are to be retweeted “until further notice.” 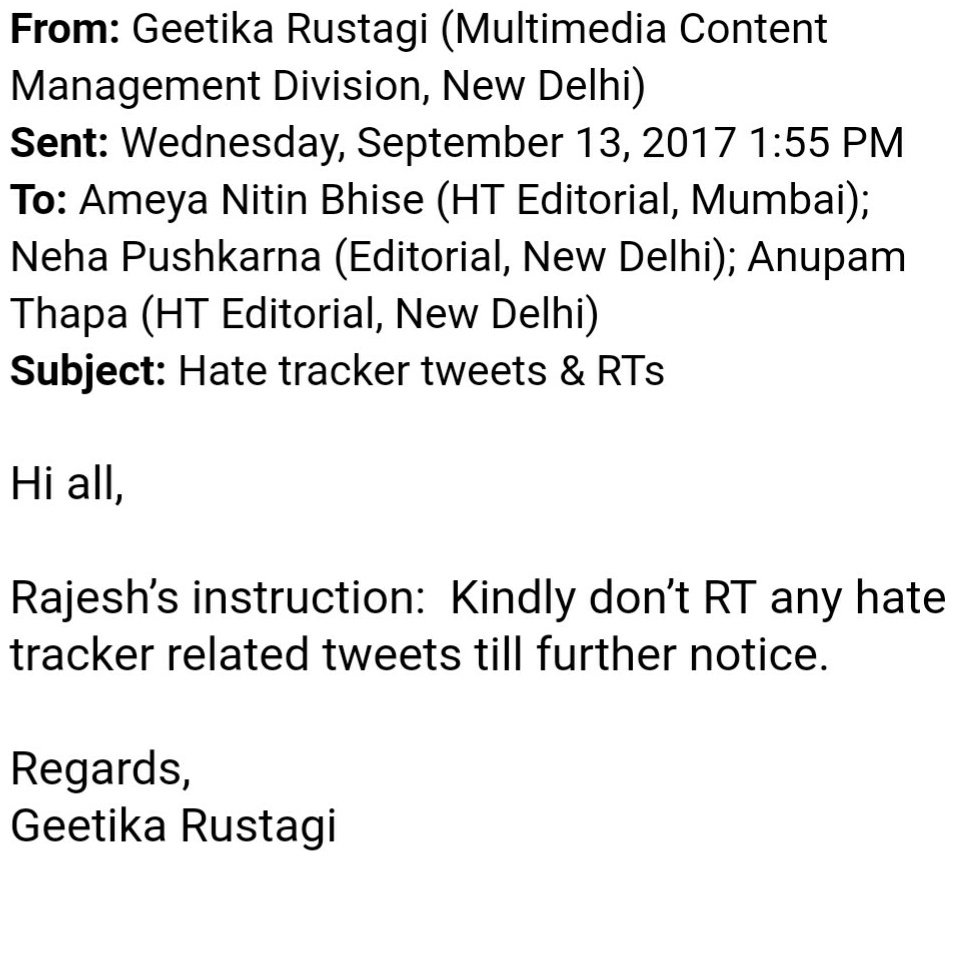 ‘Rajesh’ here refers to the organisation’s chief content officer – Rajesh Mahapatra, who is the media organisation’s second-in-command. The Wire has learnt that the recipients of this email were to meant to brief senior journalists within their bureaus about Mahapatra’s message although this has not been done in a widespread manner yet.

The Wire reached out to Mahapatra but he declined to comment. Questionnaires sent to Shobhana Bhartia and HT media on this issue remain unanswered at the time of publishing this story and will be updated if and when a response is received.

In the days after Ghosh’s exit, a handful of senior journalists from other media organisations tweeted that the ‘Hate Tracker’ was one among a number of issues that the former editor-in-chief had received criticism over.

Multiple journalists The Wire spoke to at HT also indicated that the tracker could have been among the “last straws” that precipitated Ghosh’s exit.

The last time the Hindustan Times appears to have tweeted a message regarding their hate tracker was on September 13, 2017, two days after Ghosh resigned and just 20 minutes before Rustagi’s email with Mahapatra’s instructions was sent out.

Employees within the media organisation confirmed that while work on the hate tracker still “officially continued”, social media teams were informally told that it should be publicised less on platforms such as Facebook and Twitter.

We’re a non-profit. Make a donation and help pay for our journalism.

The last time the hate tracker was updated was on on September 19, 2017, to add a story – ‘BJP leader slaps girl repeatedly for relations with Muslim man’.

In the weeks after its launch, the hate tracker received a significant amount of negative coverage from India’s right-wing digital ecosystem, including Twitter handles followed by Modi.

When launching the hate tracker, HT explained its rationale by stating that when people of certain ethnicities and religion are humiliated, beaten or killed, “violence or abuse may be punished, but bigotry is not… That makes it impossible to know the extent of the problem. There is no national database of hate crimes,” a news report announcing the launch said.

Over the past year, a number of instances have emerged highlighting  the inappropriate relationship between editors in mainstream media organisations like the Times of India and Dainik Jagran and the ruling party and/or government officials. Stories deemed embarrassing to the BJP have been taken down with no explanation offered to readers. An oped article sharply critical of the Modi government’s handling of China was taken down from HT’s website in July 2017 before criticism on social media led to it being restored.

In January 2017, The Wire followed up on a news story by Frontline which detailed how Shishir Gupta, a senior HT editor, was serving as the eyes and ears of the BJP and the Modi government in its war of attrition with Delhi’s AAP government – an obvious conflict of interest. 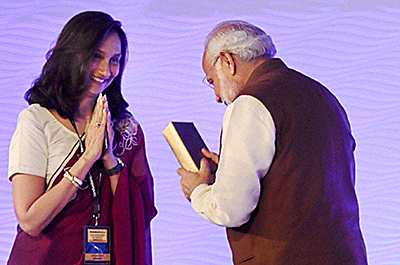 HT brushed off allegations of its senior editor having too cosy a relationship with the ruling party by insisting the communications which had come to light were part of legitimate journalistic work. Earlier, government ministers had sought to get Gupta appointed as editor of the all-important PTI news agency.

The growing importance of events like the HT Leadership Summit as a source of revenue for media companies has also given the government a lever to exert pressure on proprietors. Earlier this year, the prime minister and BJP leader Amit Shah led an across-the-board last-minute boycott of the Economic Times‘s Global Business Summit as a means of registering their anger at what the BJP felt was bias not just by ET but the Bennet Coleman group as a whole. BCCL management responded by putting certain reporters on ice and canning a Radio Mirchi program, ‘Mitron’, that made fun of Modi’s style of speaking.

In December 2008, the abrupt departure of Raju Narisetti as editor of Mint – the business paper launched by the HT group in partnership with the Wall Street Journal – fuelled speculation of pressure from the erstwhile Manmohan Singh government since Narisetti had engaged in a very public spat with P. Chidambaram, the UPA’s powerful finance minister, over an anonymous op-ed that accused Singh of ignoring corruption in his own cabinet.

Though Narisetti insisted his departure within days of that spat was coincidental and that he had always intended to move on, the New York Times quoted him later as saying he “left earlier than he expected because of a ‘troubling nexus’ of business, politics and publishing that he called ‘draining on body and soul’.”

In response to an email query about that NYT quote, Narisetti told The Wire, “I was only saying what has been true for a while and perhaps ever more so now in India, and a topic that most editors don’t say enough on this, at least in public. My departure from Mint was entirely unrelated to that comment as it was on my timetable and, while a surprise perhaps to outsiders at HT Media, was a planned transition to a team that was ready to take over and one, that I am immensely proud to point out, still actually runs that Mint newsroom a decade later.”

Since The Wire‘s question was prompted by the news of Ghosh’s departure, Narisetti prefaced his response by saying he was entirely unaware of the reasons behind the latest change.

On Saturday, Bhartia announced that R. Sukumar, who succeeded Narisetti at Mint, would be taking over as the new editor-in-chief of Hindustan Times from October 23.

Note: An earlier version of this story incorrectly stated that the HT hate tracker was last updated on September 9, 2017. The last update was in fact on September 19, 2017.