A Free Press Must Be Defended

A free press guarantees the critical space where people respond to the government’s declarations and methods, and voice their criticism and dissent. To governmentalise the press through coercion would mean dissolving that space. 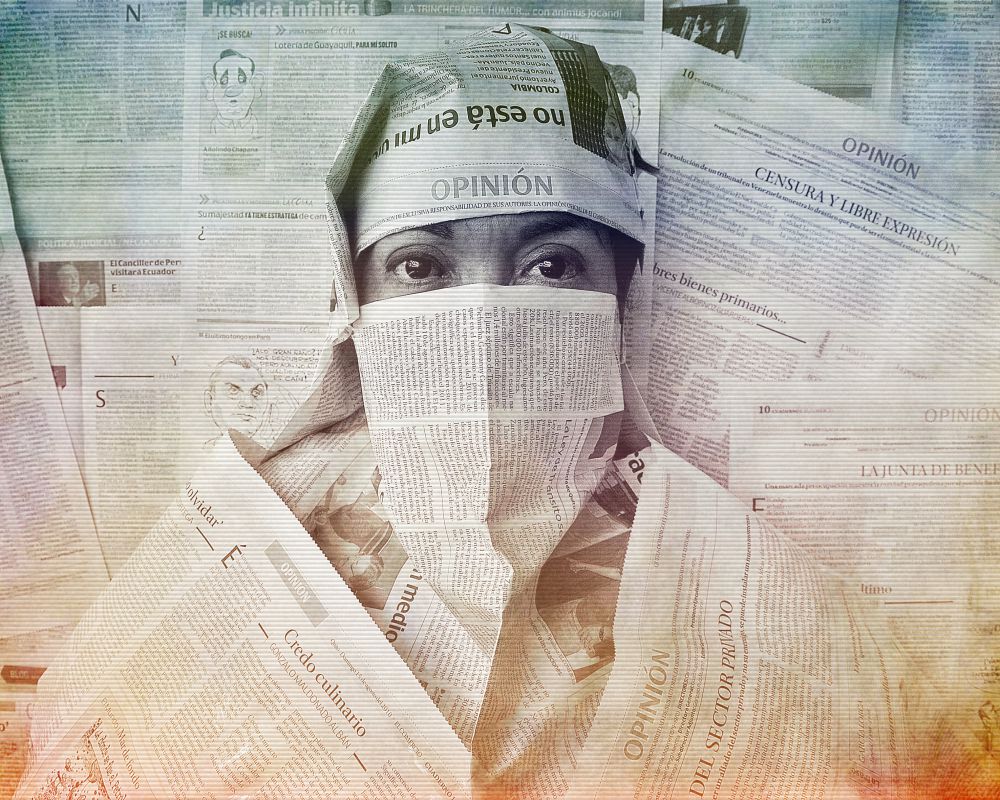 A free press can of course be good or bad, but, most certainly, without freedom it will never be anything but bad.

The recent CBI raids against the founders of NDTV, Prannoy and Radhika Roy, on charges of alleged corruption, are being seen as the Modi government’s most visible attempt to arm-twist the media. In response, the press conference at the Press Club of India, New Delhi on Friday, June 9, attended by some of the most prominent names in Indian journalism, made a significant gesture of solidarity and standing up for safeguarding the values of the fourth estate. The urgency in everybody’s arguments suggested that the Indian press faces its most pernicious challenge since 1975. Old debates have come alive.

Thomas Jefferson, the third president of the US, made a crucial point about what exactly a free press serves: “Our first object should (therefore) be, to leave open to him all avenues of the truth” (emphasis added). Since our understanding of facts is always coloured or enhanced by perspective, there are often disputes regarding the truth of any event or issue. It is precisely for this reason a story needs a variety of versions, with different emphasis, that allow people to make their conclusions.

Jefferson made another provocative point in favour of the press: Since the basis of a democratic government lies in “the opinion of the people,” he would prefer “newspapers without a government” rather than “a government without newspapers”. The people hold sovereign power in a democracy. It is upon their judgement that a government is replaced and (re)elected. By definition and in spirit, the popular judgement that ensures democracy is in turn provided by the freedom of the press. Jefferson is right in emphasising the fundamental values of a democracy being better upheld by a free press than a government. If a free nation is about the right to govern, the only way to ensure (democratic) freedom is to grant autonomy to the press. The government in a democracy, holding real, political power as the people’s elected representatives, is under oath to uphold the law and fulfil people’s expectations. It is the sovereign power of the people that needs to hold the political power of governments in check. Any attempt to gag the press is a clear reversal of the mechanism of a democratic polity.

Apart from the right to protest against the misuse of power, a free press guarantees that critical space where people respond to the government’s declarations and methods. The press helps people to voice its criticism, and whenever necessary, its dissent. To governmentalise the press through coercion would mean dissolving that critical space between people and political power. This would be legitimately seen as an attempt to turn the idea of popular sovereignty into popular tyranny. A key, distinguishing feature between a democracy and a fascist, theocratic or communist state is the existence of a free, thriving press.

Historically, one of the clearest signs of a democratic government showing tyrannical intentions lie in its treatment of the press. The Emergency of 1975 by Indira Gandhi, apart from the arrests of opposition members and protesters and Sanjay Gandhi’s forced sterlisation programme, was notorious for curtailing press freedom. The blank editorials in The Indian Express and The Statesman were famous statements of protest. The press reduced to being a government’s mouthpiece becomes nothing more than a propaganda machine. This happens under regimes that want to snatch the sovereign power of the people by exercising totalitarian control.

Since the coming of the visual media, news has taken on a theatrical dimension. Speech has a much more intense, though fleeting effect on the audience’s mind. Visual media brought in a sense of instant gratification that came with unprecedented, direct viewership. This started a narcissistic trend, where anchors and reporters fell prey to sensationalism, seen during events like the Kargil war and the Mumbai riots. In the last few years of the Congress regime, a disturbing tendency was noticed in sections of the media to pander to the government’s neoliberal policies, with ministers not being held accountable enough on rampant charges of corruption. The Congress wanted to implement its controversial programmes of economic reforms by bypassing a political debate, and sections of the media closer to the regime often soft-pedalled or cushioned these moves. Some media houses, including NDTV, were sceptical of Mayawati’s political credentials and indulged in liberal smugness. The agenda of social justice, including the necessity of reservations, was either not deservingly addressed or sidestepped. Finally, the revelations of the ‘Radia tapes’, where prominent names in the electronic and print media were caught lobbying for the government, marked a dismal moment in the history of Indian journalism.

The compromise of press neutrality during the Congress regime has been consistently used by the current regime and its vocal supporters to create fissures within the media fraternity. Instead of arguing for a freer press, a nationalist logic in media sections has propelled undisguised allegiance to the government. In the last two years we have witnessed media houses becoming high-pitch nationalist hubs, turning the 9 pm news hour into courtroom dramas, where guests face loud accusations and are put on trial. A dangerously irresponsible trend of fake videos, unsubstantiated accusations against students, professors, social activists and others, has gained prominence, feeding the wrath of vigilante groups. These houses have abandoned professional responsibilities, sacrificing their autonomy to the pleasure of power. The new, militant brand of nationalism veers around anger and diatribes. Criticism itself has been declared anti-national. These are clear signs of a fascist mindset taking over sections of the media and civil society. Some journalists, mainly belonging to the electronic media, are jeopardising journalistic values to serve zealotry. Playing out old rivalries, including a corporate-driven competition, they are turning upon the ethics of their profession. In this bleak scenario, innovative and sensitive journalists like Ravish Kumar in particular, have helped NDTV uphold the media’s secular image.

In the documentary Fatal Attraction Of Hitler, Egon Hanfstaengl, the son of Hitler’s one-time foreign press officer, said: “He had that ability which is needed to make people stop thinking critically and just emote.” Fascists convince by pure emotivism, since the social production of hate requires the replacement of thinking with sentiments, to translate one-sided narratives of historical wrongs into projects of violence and humiliation.

In an interview with the French writer Roger Errera, Hannah Arendt quite perceptively said, “The moment we no longer have a free press, anything can happen. What makes it possible for a totalitarian or any other dictatorship to rule is that people are not informed; how can you have an opinion if you are not informed? If everybody always lies to you, the consequence is not that you believe the lies, but rather that nobody believes anything any longer.” The point of spreading lies is not to simply undermine the truth but create a disbelieving world where nothing is certain except the possibility of violence. It introduces an atmosphere of moral anarchy. It reduces, Arendt added, our “capacity to act but also of its capacity to think and to judge.”

Something similar was aired by George Orwell in his 1940 essay, Reflections on Gandhi, where he said, without a “free press… it is impossible not merely to appeal to outside opinion, but to bring a mass movement into being.” We are currently threatened by a move to drearily celebrate the death of opinions. At the Press Club meeting, senior advocate in the Supreme Court, Fali S. Nariman, read out the famous poem by German priest, Martin Niemoller on how the Nazis first went after the communists as their primary enemies, then trade unionists, followed by Jews and finally all critical thinking German intellectuals and others. The crucial thing to note in the poem is how fascists don’t deter from enlarging their circle of enemies. The poem is a warning to all fascist sympathisers, including those in the media. Defending free press is to defend the people’s sovereign power in a democracy. The government must listen to the press other than its propaganda channels. The press isn’t a puppet show.