The aim was to instigate hatred and violence against Muslims in India. 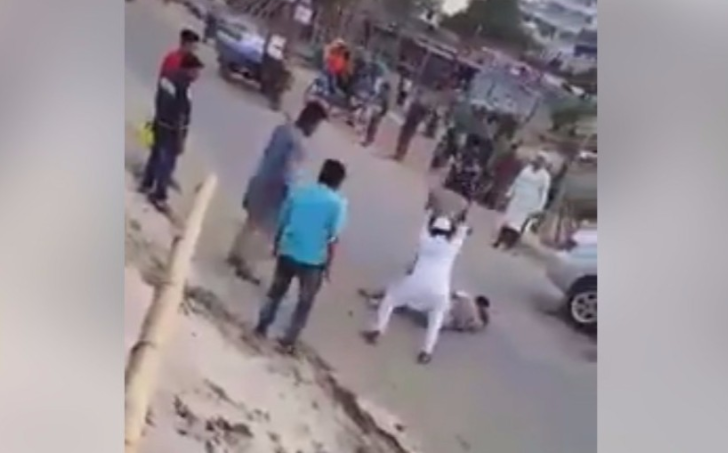 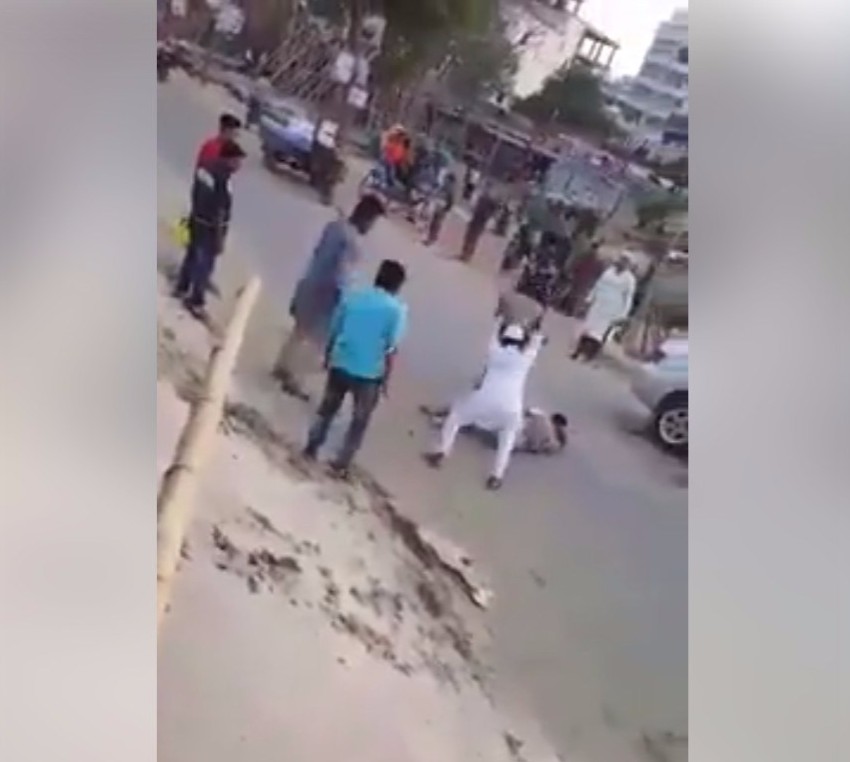 As the United States and even Europe battle fake news on social media, India is dealing with a much more severe crisis of its own. Unlike the West, where bogus articles are primarily shared via Facebook and Twitter, rumour mongers in India prefer to use a more intimate medium – WhatsApp.

It is free and easy to download. All you need is a smartphone. Unlike other social media platforms, WhatsApp users aren’t even required to register or ‘log in’ and its end-to-end encryption makes it impossible to track what flows through it. It’s biggest asset for the rumour-monger is that once the fake news is seeded, it becomes virtually impossible to trace the point of origin. When it comes to Facebook, it is easy to track instigators who help circulate a false and inflammatory rumour but not always the point of origin – a point that investigators in Uttar Pradesh have just used to let off Bharatiya Janata Party MLA Sangeet Som, who was charged with using Facebook to instigate the 2013 anti-Muslim violence in Muzaffarnagar.

Worryingly, fake news and rumours continue to be used to fuel communal hatred and even violence. Over the past week, a video presented as  ‘a Hindu man’ being hacked to death by ‘Muslim men’ in Nawada, Bihar is being circulated on WhatsApp with similar intent. What makes this fake news especially dangerous is that there were indeed minor communal clashes in the Bihar town on April 5 in which three persons were injured.

The gruesome video, which is actually from Bangladesh, has has now gone viral on Facebook too, where it is being shared as an example of Muslim violence on Hindus in India. This is yet another example of the propaganda machinery in play to misinform people, create a feeling of insecurity amongst Hindus, and lay the ground for greater communal polarisation and even violence. The beneficiaries of this propaganda campaign would obviously be those organisations that seek to mobilise support by appealing to majority religious sentiment. 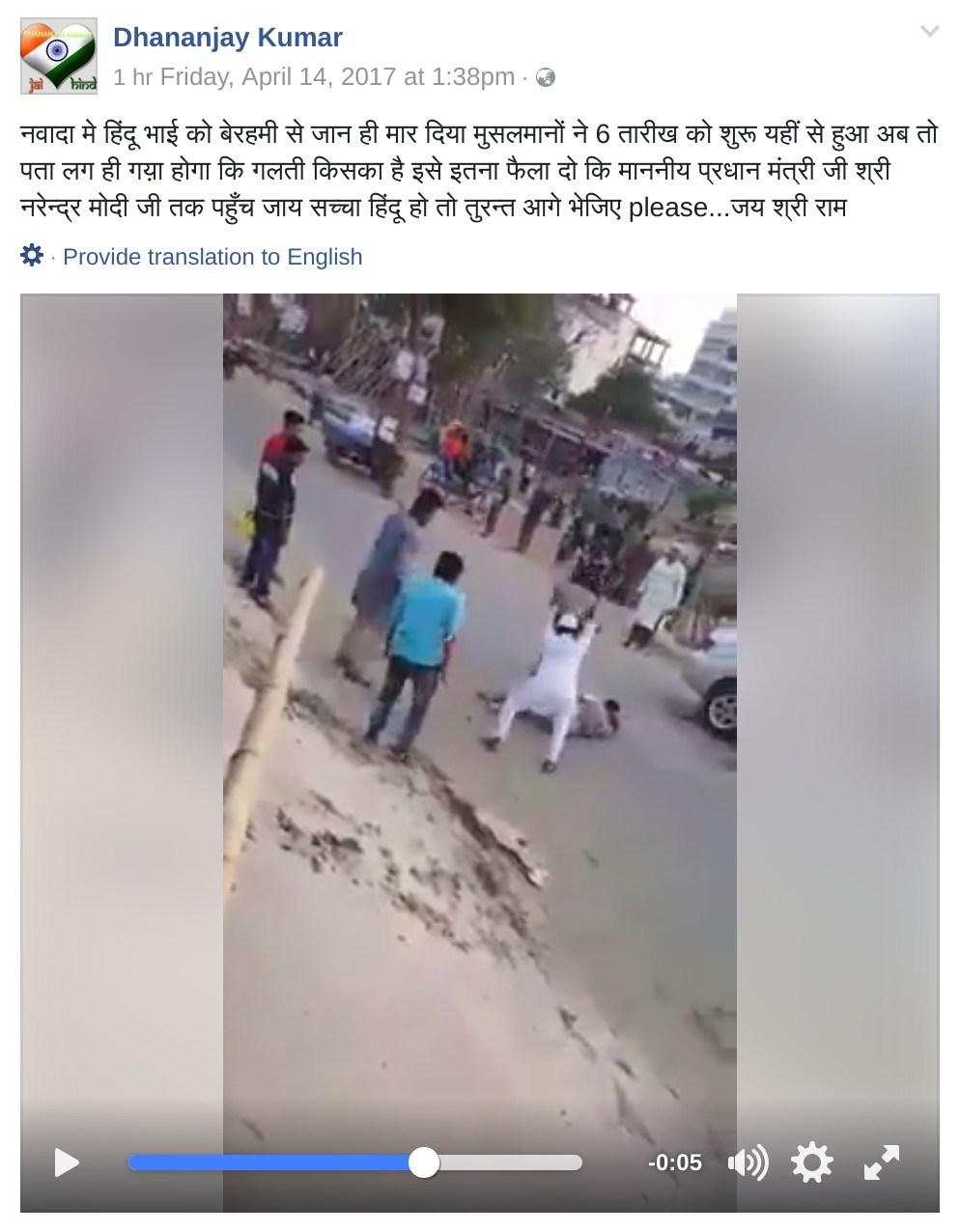 Screenshot of a Facebook post in which the video is described as the “cruel killing of a Hindu brother by Muslims” in Nawada, Bihar, on April 6. Credit: altnews.in

The incident was reported by the city’s local Bangla newspaper on April 2, 2017. 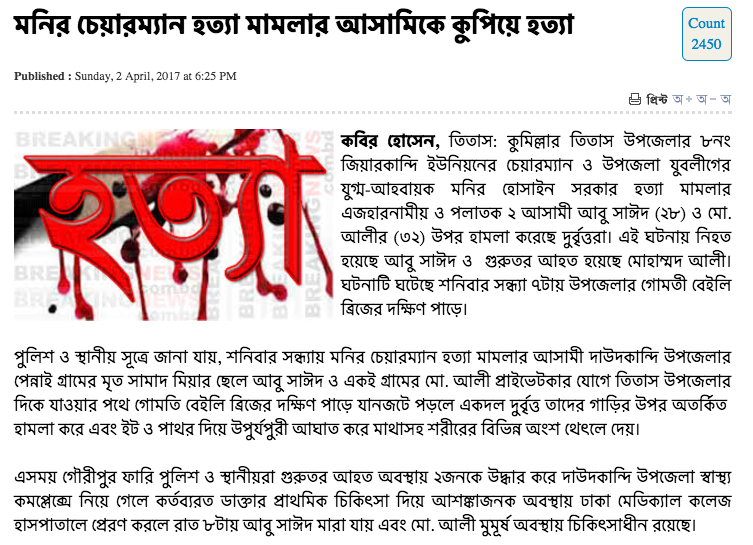 Monir was hacked to death near his house in October 2016.

Despite being victim to many similar hoaxes, Indian stakeholders have stayed silent during the debate on how to deal with fake news.

Also read: The Science Behind Why People Believe Fake News

In 2015, the police said WhatsApp messages had led to a man being lynched in Ahmedabad, Gujarat, and four beatings in nearby Gandhinagar, reported Financial Times. The mob killing of Mohammad Akhlaq in Dadri, Uttar Pradesh, in September 2015, was prompted in part by the spread of messages via WhatsApp claiming that he and his family had killed and eaten a calf.

Soon after Prime Minister Narendra Modi announced his demonetisation scheme, fake news about the presence of  GPS chips in the new, ‘secure’ Rs 2,000 note did the rounds. Spread by WhatsApp messages and then picked up by the national media such as Zee News (whose editor in chief, Sudhir Choudhary himself ‘broke’ the ‘story’), the claim led to wide-scale confusion among recipients of the new note. The fake news was later debunked by the Reserve Bank of India.

In November 2016, a woman lost her life after hundreds queued up to buy salt in multiple cities across India after a shortage rumour spread through WhatsApp.