The TV channel Times Now also aired scenes of the '3 Idiots' shooting spot at Pangong to report on the false development. 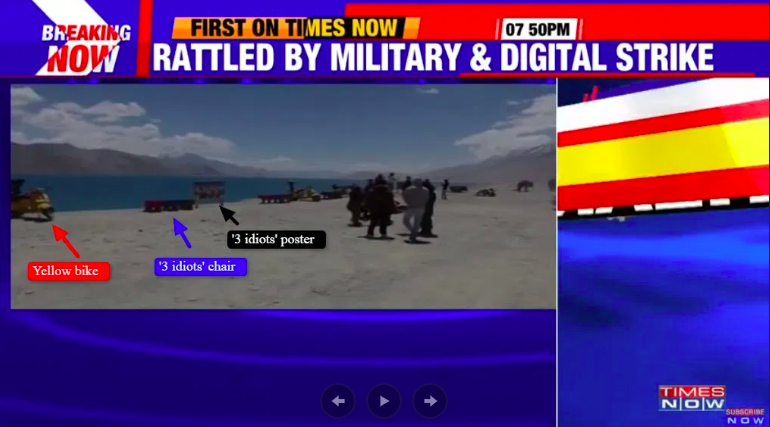 A screengrab of Times Now's broadcast.

On September 6, Times Now reported that China has thrown open the Pangong Tso Lake to international tourists and domestic tourists as well.

“The videos of opening Pangong Tso Lake to the international tourists on the Chinese side are being disseminated by China itself. The move seems like a PR exercise to gather more attention to their side,” claimed Times Now with the anchor asserting, “These are the visuals that we have acquired.”

India and China have embroiled in cross-border skirmishes which aggravated after 20 Indian army men were martyred in Galwan Valley on June 15, 2020.

The Indian Army has dismissed the allegations.

China has released a video of the lake on the Chinese side. This was also tweeted by a journalist of the state-controlled broadcaster CGTN.

🇨🇳Actually, #PangongTso in #China is open to tourists at home and abroad for quite a long time.
The lake is near Chinese national highway, a good place for self-driving travel. We have a resort on the lake there. 😆 pic.twitter.com/ZbaWDUw1gk

But funnily enough, Times Now aired scenes of the 3 Idiots shooting point at Pangong Lake to report on the development.

Bollywood film 3 Idiots released in 2009 leading to a surge in Ladakh tourism.

On the Indian side of the Pangong Lake is a 3 Idiots shooting point built to attract tourists. Times Now aired these visuals as China “throwing open” Pangong Lake for domestic and international tourists.

According to The Indian Express, the lake is 135-km long, out of which about 45 km-long western portion is under Indian control while the rest is controlled by the Chinese.

Alt News has compared screenshots of the Times Now broadcast with a publicly available YouTube video of the 3 Idiots shooting point at Pangong Lake. As evident, the yellow bike and chair used in the film can be spotted here. A poster of the movie can also be seen. 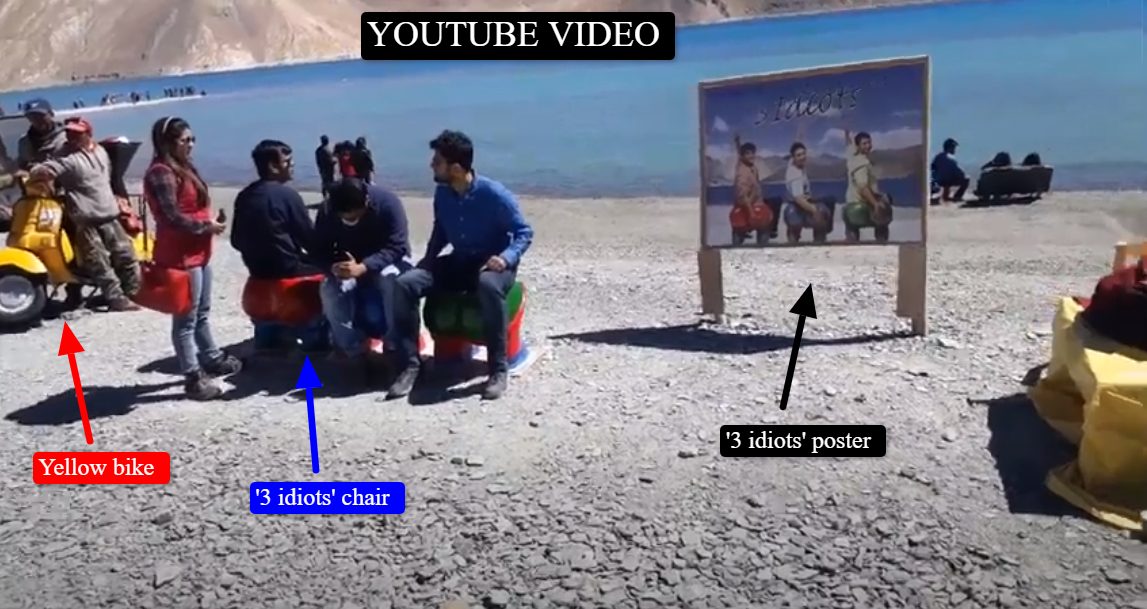 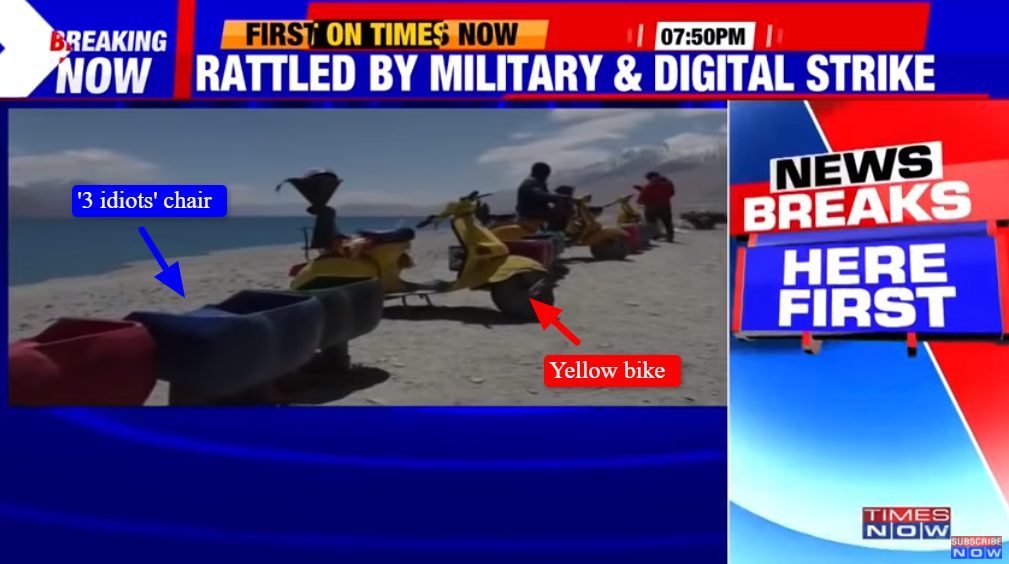 The 3 Idiots spot has several yellow coloured bikes which, according to The Hindu, can be rented by tourists. The one with a conical object attached to it was used by actor Kareena Kapoor in the film. A similar scooter is also visible in the video broadcast by Times Now.

To sum it up, while there have been reports of the Chinese side of the Pangong Lake opening up for tourists, Times Now aired visuals of the 3 Idiots shooting point on the Indian side to report on the news.