Editorial: The Yogi as Commissar

The arrest of Prashant Kanojia marks an escalation of the ongoing war in the country against the media and free speech. 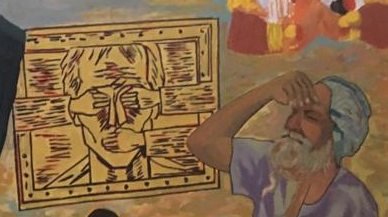 The arrest of Prashant Kanojia fits the now familiar pattern of various state governments – from Uttar Pradesh and West Bengal to Odisha, Maharashtra and Karnataka – abusing sundry provisions of the law to silence individual voices on social media. What makes the police action in his case – and the related arrests of Ishika Singh and Anuj Shukla of a small Noida-based TV channel, National Live – especially sinister is that journalists are being directly victimised for covering and commenting on a story that incurred the wrath of a powerful politician.

The facts of the case are straightforward. Last week, a woman professed her love for UP chief minister Yogi Adityanath before a bevy of reporters. She claimed that she had been ‘video chatting’ with him for over a year and hinted that he too had feelings for her. These claims were carried by Nation Live as well as at least two Hindi newspapers. Kanojia tweeted a link to her comments along with a humorous throwaway line, ‘Love cannot be hidden, Yogiji’.

Kanojia’s tweet, which went viral, appears to have touched a raw nerve somewhere. Orders went out to arrest him but no one bothered to inform the police that India’s constitutional guarantee of free speech extends to satire and humour and that there was no provision of law that would allow them to take him into custody. Thus the police crossed state lines and arrested Kanojia on the basis of an FIR so flimsy that the two provisions cited – Section 66 of the Information Technology Act (on hacking computer systems) and Section 500 of the Indian Penal Code (on criminal defamation) ­– simply did not provide the requisite grounds. Belatedly, the police then slapped two additional charges: Section 67 of the IT Act, which deals with the electronic transmission of obscene or lascivious material, and Section 505 of the IPC, which criminalises the spreading of rumours calculated to incite violence and disaffection. Again, neither provision applies to Kanojia’s tweet.

Adityanath may genuinely be aggrieved by public discussion about his personal life, especially if the claims made by the woman are false. Some media reports indicate that she may actually be mentally unwell. While it is far-fetched to suggest the woman – or those who reported her claims – had defamed him, the UP CM had the option of filing a civil defamation suit or even a criminal defamation case and seeking an injunction against further coverage of the ‘love story’. He chose not to do so. Instead, he misused his position as chief executive by getting the police to arrest Kanojia and the other two on ridiculously trumped up charges.

By doing so, the UP police has served notice on all journalists and the lay public alike: if you say or write something about the chief minister that he finds objectionable, be prepared to go to jail. It is hardly surprising that chief ministers elsewhere – like H.D. Kumaraswamy of Karnataka – treat free speech with the same sort of contempt. In West Bengal, the police last month jailed a woman for sharing a meme about chief minister Mamata Banerjee. In Odisha, an analyst spent two weeks in jail for a humorous comment about an ancient monument. If left unchecked, this epidemic will destroy press freedom and free speech in India. Not only must Prashant Kanojia be freed immediately and the false charges against him dropped but the Supreme Court also needs to consider steps that can serve as a deterrent to this abuse of the law.