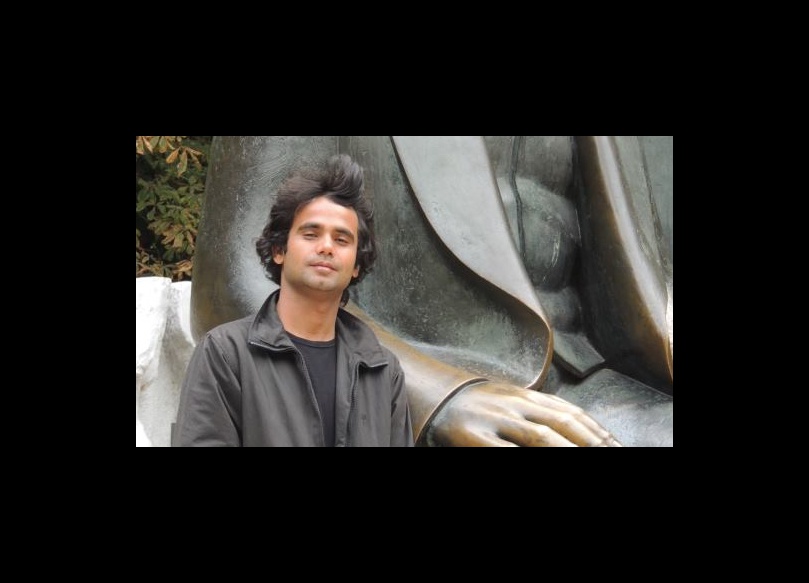 New Delhi/Pune/Mumbai:  Pune police has been visiting press clubs and associations to make enquiries about press meets and lectures as part of investigations after the arrest of five persons for their alleged role in the Bhima Koregaon violence in January.

A Pune police sub-inspector visited the Press Club of India in New Delhi to enquire about a press conference organised on April 20 by some academics and A.S. Vasantha, the wife of Delhi University professor G.N. Saibaba who has been accused of and imprisoned for life for being a member of banned Maoist organisation. They wanted to know who had booked the hall at the club. Sources say that the hall was booked by Vishwadeepak, a journalist from National Herald whose phone has since then reached unreachable.

Ever since the Pune police arrested five persons for their alleged role in the Bhima Koregaon violence, it has been making enquiries in other cities, including Mumbai. Among those arrested in connection with the case are senior human rights lawyer from Nagpur and Saibaba’s counsel Surendra Gadling; senior Dalit rights activist Sudhir Dhawale, who is also editor of bi-monthly magazine Vidrohi; Mahesh Raut, an alumnus from Tata Institute of Social Sciences and former Prime Minister Rural Development fellow; Delhi-based social activist Rona Wilson; and Shoma Sen, an associate professor from Nagpur University. Some of them had addressed the Delhi press conference.

The police has accused them of planning to “target Prime Minister Narendra Modi in an attack similar to the assassination of former PM Rajiv Gandhi” and claims to have recovered a letter from Wilson’s computer suggesting the plot.

During his visit to the Press Club in Delhi, the Pune police officer had asked for details about the press conference organised on April 20 and stated in an application that he was there in connection with investigation into FIR No. 04/18 of Vishrambagh Police Station. The case pertains to violence between Hindutva activists and Ambedkarites near Pune on January 1, 2018, during a gathering to commemorate  the second centenary of the battle of Bhima Koregaon.

Pune sleuths had similarly visited the Mumbai Marathi Patrakar Sangh (Mumbai Marathi press club) on June 28 and had enquired about a public lecture by Vara Vara Rao and Tilak Dasgupta that was organised in the memory of Naxal ideologue Anuradha Gandhy in October 2016. The Anuradha Gandhy Memorial Committee is not a banned organisation and has been arranging lectures for the past nine years in Gandhy’s memory. Several prominent speakers such as Angela Davis have spoken at the events in the past.

It had been reported by The Telegraph that the hall for the April 20 conference was booked by Vishwadeepak, a journalist with the National Herald. It also quoted newspaper executive editor Uttam Sengupta as saying: “We are yet to hear from the police and have only heard about all this from friends in the Press Club. Vishwadeepak proceeded on leave from today and his number is now switched off.”

Talking to The Wire today, Sengupta said: “Till this morning, we haven’t heard from Pune police and all that we know is from the Press Club of India. They forwarded us a copy of the application made by the Pune police. That application also does not name anyone and it also does not take the name of National Herald. It just wants to know the booking details of some function that took place on April 20 this year. So we are also as much in the dark as anyone else. It is quite possible that the police are on a fishing expedition and want to get some details.”

Sengupta said the office had been in touch with Vishwadeepak till yesterday. “He had applied for leave and was supposed to attend an event first before he left. But last night when we called him, his phone was switched off so we don’t know exactly what has happened. Today we are still trying to get in touch with him.”

“But what he had told me yesterday was that he had booked some hall in the Press Club, but he did not remember the date. He also said that he was not present at that seminar so he did not know what the proceedings were all about,” Sengupta added.

The National Herald executive editor said Vishwadeepak had done two stories on the Judge B.H. Loya case. “He had travelled to Nagpur and the stories were based on documents, they were got vetted by lawyers and no rejoinder had come on them. We haven’t heard anything on those stories and it has been a few months now.”

Sengupta said Vishwadeepak is quite active and covers political parties, and does investigative reporting. “He is quite active and he is friendly with activists in JNU. He had also quit Zee in protest. We support him. We do not think he has done anything wrong. I am just hoping that this is one of those fishing expeditions and not anything more.”

According to Gurbir Singh, a senior journalist and member of the Anuradha Gandhy memorial lecture committee, the police visited the Marathi Patrkar Sangh and inquired if the five arrested persons had attended the meeting. “Since the Sangh president Narendra Wable did not know who all had attended the meeting, the police asked to see the receipt book after which they photocopied it,” Singh told The Wire.

One of the arrested persons, Shoma Sen, is also a member of the committee and was a close friend of Gandhy from their college days.

A few days before the lecture, the committee had run into trouble after a right-wing Hindutva group Legal Rights Organisations (LRO) had approached local police against the organisers claiming they were “anti- nationals” and were involved in activities that could harm the country. Vinay Joshi, the convener of the organisation and the complainant in the case, had claimed that organising such lectures was illegal. The Azad Maidan police station that he had approached, however, did not entertain his complaint.

Incidentally, Vishwadeepak has been in the subject of the news himself. In early 2016, he had written a detailed letter of protest while quitting Zee News over its coverage of the unrest at Jawaharlal Nehru University.

In the letter, Vishwadeepak had accused the channel of “toeing the government’s line” on JNU and “pushing towards ruin the careers, dreams and families of several students”. He stated that his resignation had “equally to do with professional accountability, social responsibility and also love for the country”.

He had spoken out against “attempt to deify the Modi government”, “continuous campaign against Delhi’s chief minister Arvind Kejriwal” and the manner in which the suicide of Dalit scholar Rohith Vemula was dealt with.

Zee had subsequently issued a statement in which it had among other things stated that “Mr. Vishwadeepak was neither concerned nor was he involved in any stories related to the JNU issue” and that “it is evident from the raw footage shot by its cameraman that slogans were raised in JNU on the night of 09.02.2016.” It had also termed Deepak’s statement as “not only incorrect but also defamatory and mischievous”.