CPJ Ranks India Amongst the Worst for Unsolved Journalist Murders

In terms of the number of cases that remain unsolved, India fares worse than Pakistan, South Sudan, Nigeria, Afghanistan and Russia. 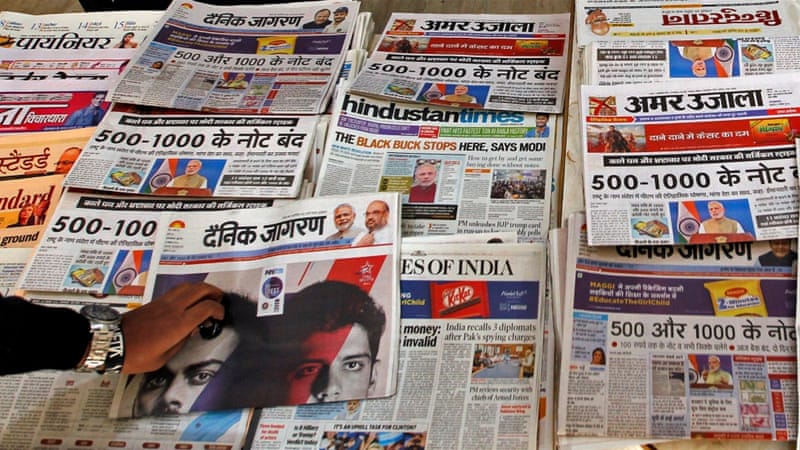 New Delhi: The Committee to Protect Journalists has placed India, for the 12th time, on its list of countries with worst records of bringing to book the killers of journalists.

In its report released on Tuesday, India has been placed on the 13th position (among 13 nations which make up the list of the world’s worst impunity offenders) with 17 unsolved murders that occurred between September 2009 and August 2019.

For the purpose of the global impunity index, a murder is defined as the deliberate killing of a journalist in relation to his or her work. It does not include journalists killed in combat or while on ‘dangerous’ assignments. Cases are termed ‘unsolved’ if no convictions have been obtained.

In terms of the number of cases that remain unsolved, India ranks at number six out of the 13 countries, faring worse than Pakistan, South Sudan, Nigeria, Afghanistan and Russia.

India ranks lower in the index due to the size of its population. The CPJ’s impunity index is calculated by dividing the number of unsolved murders in a country by its population size. This is why South Sudan with five murders ranks above India as the African nation has a population of only 11 million – about a third of Delhi’s population. Pakistan too is ranked higher due to its lower population size.

Also read: India’s Media Houses Are Failing the Very Journalists That Serve Them

Some of the prominent cases of murders of journalists in India that continue to be unsolved include those of Gauri Lankesh and Shujaat Bukhari.

In April this year, Reporters Without Borders ranked India 140 out of 180 countries when it came to press freedom. The report found an increase in coordinated hate campaigns on social media networks against journalists who spoke out against communalism.