Even though community radio voices come from the community and are trusted by locals, the government says there would be a "security risk" if they start providing news.

In the last three months, community radio stations have seen a spike in their listenership. Photo: Alexey Ruban/Unsplash, (CC BY-SA) 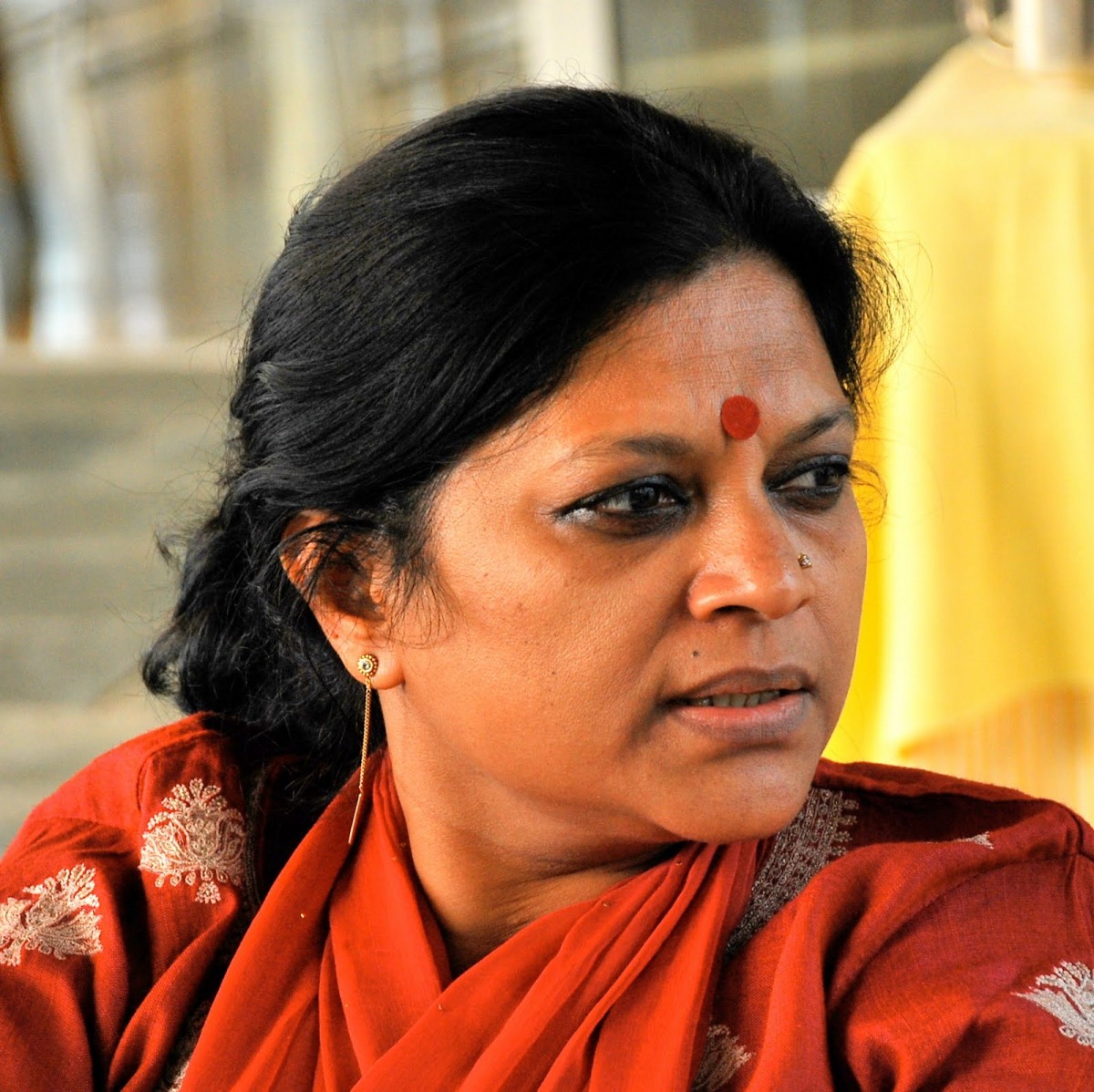 He called them ‘agents of change’ and said they have the power to influence opinions, change behaviour and inform communities that reside in their catchment area, typically around a radius of 15 kilometres. Javadekar could not have explained the role of community radio better.

However, despite acknowledging the role that community radio has played in the past, as well during the extremely challenging situation posed by the outbreak of the coronavirus, the government’s Policy Guidelines for Community Radio Stations, 2006, bans them from broadcasting news and current affairs – not even local news.

A PIL was filed in 2013 by Common Cause seeking permission for private and community radio stations to broadcast news. The argument presented by senior advocate Prashant Bhushan was that preventing private and community radio stations from broadcasting news was a violation of the Supreme Court’s landmark verdict in 1995 in the Ministry of Information & Broadcasting vs  Cricket Association of Bengal.

The court had then held that ‘airwaves are public property to be used to promote public good and expressing a plurality of views, opinions and ideas. This PIL came up for discussion again in 2017 before a bench that included the then Chief Justice of India J.S. Khehar and Justice D.Y. Chandrachud. They reiterated the same question: When television channels are allowed to broadcast the news, why not radio? The Supreme Court asked the government to answer this question.

Also read: Where No Newspaper Can Go: Community Radio in Odisha Is Bridging the COVID-19 Info Gap

Justifying its actions, the government responded by saying that allowing community radio to broadcast news could endanger ‘national security and public order’. The government further said that the broadcast of news could pose ‘possible security risk’ and may be ‘exploited’ by foreign radical outfits. Community radio and its advocates, of course, do not agree with this view.

What is community radio?

Community radio is a potent local media medium that talks about local issues to local people in a local language. It ensures involvement and participation of the community, it is the eyes and ears of the community during a disaster, and can serve as the prime vehicle for sharing information, for preparing communities and for reducing risks.

It is persuasive, flexible, speedy, influential and powerful, and derives its strength from its constant connect with communities. It is sensitive to the needs of the people and has the capacity and capability of empowering them via information. Community radio stations are a trusted source of information dissemination in some of the most remote areas of the country and have the ability to establish last mile information connectivity.

In the last three months, India’s 295 odd community radio stations have displayed immense courage and commitment. As always, they have complemented the work of the district authorities in busting myths and keeping them informed about the developments in their areas. They have broadcast bulletins, briefings of the government of India as well as the states and district collectors, chief medical officers and the police department.

The community radio stations have been, without any financial support from the state or Centre, broadcasting information on do’s and don’ts, measures to be taken to protect oneself and one’s neighbours, the need to wash hands, wear masks etc during the COVID-19 pandemic. Applying all the knowledge that they have acquired over the years building resilience amongst their communities during times of disaster, community radio has worked tirelessly to help save lives.

These stations have kept their listeners informed about containment zones, the number of positive patients, where they are being treated in the district, the areas that need to be avoided, the need to observe lockdown and more. The stations have simplified and demystified the complex advisories that have been coming almost every day from the Centre, state and district.

Also read: This Gurugram Community Radio Station Is Playing a Key Role in Times of COVID-19

In the last three months, community radio stations have seen a spike in their listenership. The reason for this is that people trust their local radio stations, as they provide them with credible local informed news.

But the irony is that in playing this vital role, these stations are probably breaking the law!

Today fake news has become one of the biggest threats to democracy. Local reporters, as social actors, are verifying facts and debunking false propaganda with speed and accuracy. For the first time, they are broadcasting not only development news, and information about government schemes but ‘news’ that is essential for any citizen to stay informed and aware.

These stations are ‘Breaking News’ when they inform their listeners about the number of patients who have tested positive in their district, villages that are in the danger zone, information on the containment zones, about PDS, the opening of mandis, online classes, Jan Dhan Yojana. The radio stations are talking to banks, medical health professionals, agriculture experts, sharing information on the plight of migrant labourers, their travel arrangements, shelters, food facilities and quarantine centres.

Community radio stations are doing everything that other responsible media outlets are doing. At the risk of their own lives, the reporters are moving around, collecting stories and sharing information that is helping protect their communities. They may be struggling financially but in term of listenership, they are experiencing a boom.

The importance of community radio stations is magnified in some hilly, remote and inaccessible areas, which are barely served by the mainstream media. Photo: Reuters

A recent study, commissioned by the Association of Radio Operators for India (AROI), found that the radio industry has a listenership of 51 million people, which is nearly as much as television’s reach of 56 million and social media’s reach of 57 million. During the lockdown, radio has seen an increase of 23% in its listenership.

In any disaster, the local community is the first responder. Community radio stations have been the responders in this instance. They have been at the forefront of the fight against misinformation and are the most trusted intermediaries. Given that their reporters are not just voices but identifiable faces from within the community, they are relied upon – as locals believe they will never do anything that will bring harm to their fellow residents.

The hourly bulletins broadcast by many of these stations are much awaited, and collectors and medical officers have used this platform to reach out to the people. The question that arises then is that have they been violating the code of ethics? Have they been broadcasting news? Should they be penalised for this? It would be absurd if that were to happen. They have done what they are best at – developing and broadcasting content that has met the needs of the people in these difficult times. They have prevented not only the spread of the disease but also panic and fear.

If the minister really means what he says, then he should ensure that his ministry secures the survival of local stations so that they are able to continue their work. He should check out media reports on the work being done by community radio stations – be it during HudHud, Amphan or Nisaraga or drought or hailstorms, and more.

He should also inquire about the role that community radio stations have played in creating voter awareness, in reaching out to communities to simplify the Sustainable Development Goals, and for their contribution to POSHAN Maah, Indradhanush and Swachh Bharat.

The minister should take steps to ensure that this form of hyper-local media is supported financially, should haul up DAVP (BOC) for not paying the community radio stations for the campaigns broadcasts on these stations and should ask every ministry to include community radio in their media plans.

He should set up a stakeholder group to review the government’s restrictive policy guidelines for community radio, allow sponsorship from agencies other than the government, and revamp the cumbersome licensing process. In brief, community radio is a people’s media and it’s time for the Ministry of Information and Broadcasting and the Ministry of Communication and IT to unshackle it from all restrictions that are detrimental to its growth and sustainability.

Archana Kapoor is the director of Radio Mewat, a community radio station, and the founder of SMART, a not for profit.