Ghada Oueiss has filed a suit against the crown princes of Saudi Arabia and the UAE ‒ Mohammad Bin Salman and Abu Dhabi Muhammad Bin Zayed ‒ for allegedly leading a cyberattack on her.

New Delhi: Two months ago, Ghada Oueiss, a senior news presenter at Al Jazeera, did something that raised eyebrows. Not just in the Arab world but within the global journalist fraternity.

The Lebanon-born journalist, associated with the news broadcaster as a principal presenter, took on – legally – the powerful crown prince of Saudi Arabia, Mohammad Bin Salman (MBS) and the crown prince of Abu Dhabi, Muhammad Bin Zayed (MBZ). She sued them at a court in the US in December 2020, charging them with masterminding a vicious online attack on her and invading her privacy by using the Israeli spyware Pegasus to break into her cell phone.

Oueiss chose to speak up particularly because fellow Arab journalist and columnist for the Washington Post, Jamal Khashoggi, was killed, allegedly at the behest of the Saudi crown prince, inside the Saudi consulate in Istanbul in 2018. In an email interview with The Wire, Ghada said, “I saw what happened to Jamal Khashoggi and thought that could happen to me too.”

This past January, the court in Florida issued summons to the royals, including through Twitter, to ensure that they were informed about it.

While the American government’s report on Khashoggi’s assassination was not made public by the Donald Trump administration, with a new presidency in place, Ghada hopes that Biden’s “Democratic values” apply to journalists too, “who are targeted and attacked, murdered, abducted, harassed, intimidated”.

Edited excerpts from the interview.

Why did you choose to file a case against the Saudi crown prince, and the crown prince of Abu Dhabi? Also, why did you file the case particularly in a court in Florida?

For some time, I read online posts viciously attacking and threatening me. They had infiltrated my phone and stole personal photos, information, etc. Such an attack can be the worst invasion of anyone’s privacy. It’s like having an intruder lurking in your home for months together, watching and stealing things, and then all of a sudden releasing your personal information or images to the world at their will. And it’s not enough that they just released private images they stole from my phone, but also doctored them to make me look naked and organised thousands to attack me with horrible slurs.

As outlined in my lawsuit, my legal team was able to discover detailed forensic evidence linking the phone hack to UAE actors and MBZ. As we have seen recently, MBZ and his agents have been engaging in this type of hacking of phones of reporters and activists repeatedly, including many at Al Jazeera.

The reason I filed it in the US is also because they had enlisted American citizens to spread those lies intentionally to the rest of the American population. The American people need to understand that when they see online posts from other Americans praising MBS or attacking me and other regime critics, these are not real – it is part of an elaborate propaganda campaign being orchestrated by Saudi Arabia, UAE and their supporters.

Why do you think you were particularly targeted?

Well, I believe the attack was part of a concerted campaign planned against me and several other critics of the regimes organised by the leadership of the Kingdom of Saudi Arabia and the UAE, acting at the instruction of MBS and MBZ.

In January this year, the US court issued summons to both of them through Twitter. Did you choose that as an option? It was also the same platform that you were targeted on.

I was targeted not only on Twitter but also on Instagram, Telegram, YouTube, Facebook and through some of their television stations. They used all the platforms available to defame me and damage my reputation, destroy my self-confidence, ruin my career, cost me opportunities both personal and professional.

Using the micro-blogging platform to serve court documents is rare. However, the method has previously been used in some cases in the United States when all other forms of service had been exhausted. My lawyers, in fact, had indicated to the court that one of the ways they intended to effectuate the case was through Twitter, and the court ordered that it would be allowed.

Who else has been issued summons in the case? Has any date been fixed for the next hearing?

The summons were previously issued to the royals and the other defendants in the case through mail but were then delivered through the social media platform too.

As per news reports, Israeli spyware Pegasus was used to hack your iPhone. There have been reports of similar attempts to target Indian activists and lawyers through Pegasus. The government of India is silent on it so far. Since Pegasus has explicitly stated that they supply their surveillance gadgets only to a state, do you want to comment on how state surveillance on private individuals is becoming a matter of concern worldwide? Do you consider it an impediment to the freedom of speech?

Indeed, state surveillance on private individuals is increasingly becoming a matter of concern worldwide and I do consider it as an impediment to the freedom of speech. My hope is that by bringing this lawsuit, I can expose their behaviour and stop the attacks ‒ not just on me, but all women and journalists who are just trying to do our job of reporting the truth.

I want justice – not just for myself, but for all other victims like me. I am hoping to expose those who attacked me so that the world understands what is really going on online; that rulers are leading a campaign of terror against journalists and activists by stealing their private information and images and spreading attacks and hate online against them.

How did you cope with online abuse? How long did it last? Do you think a woman journalist is particularly vulnerable to such online trolling? Did you fear for your life, considering your friend and Saudi journalist Jamal Khashoggi had lost his life? He was also sharply critical of the Saudi crown prince.

I watched what was happening to me with shock and horror. It was gut-wrenching. I was afraid for my life. I saw what happened to Khashoggi and thought that could happen to me too. Being attacked online could translate into a physical attack. Anytime.

It’s both vicious and humiliating. They say that when you read something bad about yourself, it’s like someone had burned you with hot coffee; the same part of your brain reacts. Online humiliation became a kind of torture for me.

You are right that women tend to suffer a lot more online abuse. Around the world, women are receiving an overwhelming amount of online abuse, harassment, and gendered defamation via social media platforms while social media companies are not doing enough to combat it. 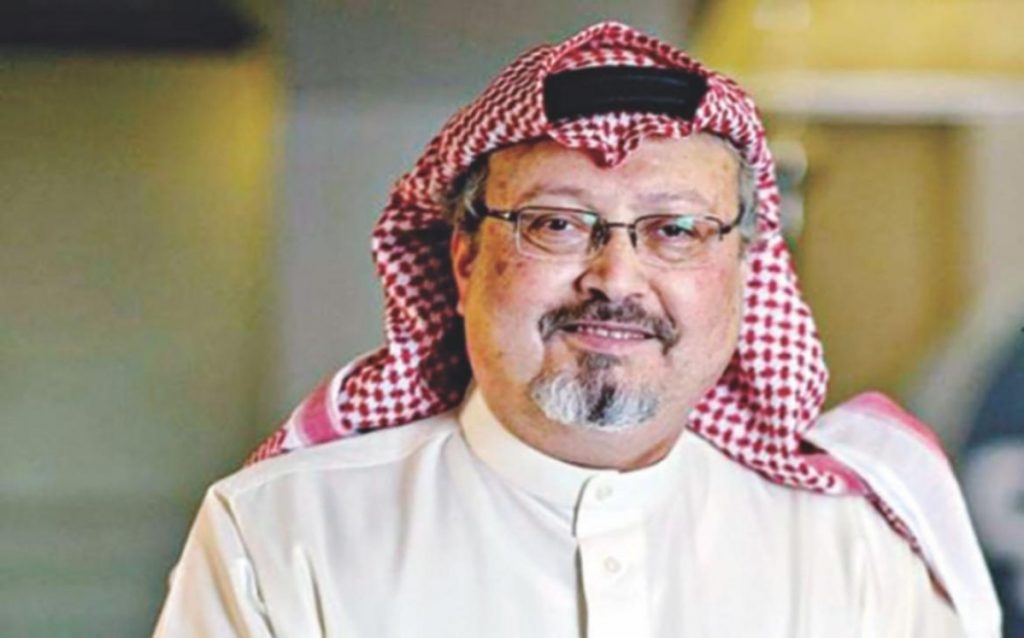 As per news reports, the Saudi crown prince received support from Donald Trump in the Khashoggi assassination case. The detailed report on his death was never made public. Do you want to comment on it, now that there is a new American president?

Joe Biden had promised during his campaign to withdraw the ‘blank check’ the former president Trump had offered to MBS. And last week, the Biden administration had said it expects Saudi Arabia to ‘change its approach’ to the US and signalled that it wants to minimise any direct contact between the president and the crown prince. Also, that it will declassify the report on Khashoggi’s murder.

So I am just crossing my fingers, hoping that Biden’s democratic values apply to journalists too who are targeted and attacked, murdered, abducted, harassed, intimidated. Several go through illegal arrest and arbitrary detention.

Finally, how much support and solidarity, both from regional and global press and journalists organisations, did you receive in your fight for freedom of speech and the right of a journalist to report a story?

I received immense support and solidarity from press organisations across the world and several journalists, colleagues and human rights activists too. That support was extremely crucial and important to me. Also, it is vital to note that without their solidarity I wouldn’t have survived this awful attack. With that solidarity and support, it became easier for me to deal with the trauma and combat such oppressive behaviour and choose to stand up for press freedom and continue to speak truth to power and do my job.

Promoting the safety of journalists and combating the impunity enjoyed by those who attack them are central elements to uphold press freedom around the world and the right of the general public to know.