Buddhinath Jha went missing on the night of November 9, when he left his house. His charred body was discovered on Friday night. Patna (Bihar): The charred dead body of an RTI activist and journalist who had ‘exposed’ illegal medical clinics that were operating in his village was recovered on Friday night. The body of Buddhinath Jha, also known as Avinash Jha, was found five kilometres away from Benipatti village in the Madhubani district of Bihar, where the 22-year-old lived. He was working with a local Hindi news portal, BNN News Benipatti.

Buddhinath went missing on the night of November 9, when he left his house. He was last seen crossing the road near his clinic at around 9:58 pm that day, according to close circuit TV camera (CCTV) video footage. He was seen talking to somebody over the phone and pacing near the main road, according to the footage.

There was no information about his whereabouts after that. B.J. Bikash, his cousin, told The Wire.

Family members said they suspected the medical mafia’s role in the killing, as Jha – in his capacity as a journalist and transparency activist – had filed complaints against illegal clinics, resulting in the closure of some and fines against others.

Family members told The Wire, “When we went to his room in the morning, we found his bike near his clinic. His laptop was on, which means he planned to go out only for a few minutes.”

On November 10, his family members informed the local police. According to family members, his mobile phone was traced to a village around five kilometres away on the morning of November 10.

On November 11, Chandrashekhar Jha, his elder brother, lodged a complaint at the Benipatti police station. “My brother has been missing since November 9. His mobile phone is switched off,” the application says.

His complaint named 11 private nursing homes in the area, saying they may have played a role in Buddhinath’s disappearance as the journalist had filed complaints against them under the Public Grievances Redressal Act.

Meanwhile, his friends and relatives wrote about his disappearance on Facebook. On November 12, B.J. Bikash got a call from a village about five kilometres from Benipatti. “At around 6:41 pm, I got a call. The caller told me that a dead body has been found beside a state highway. We, along with the police, went there and found his charred body. We identified him and his body was cremated after a postmortem,” he says.

Arvind Kumar, SHO of Benipatti police station told The Wire, “We have taken a few suspects into custody. The matter is being investigated.” 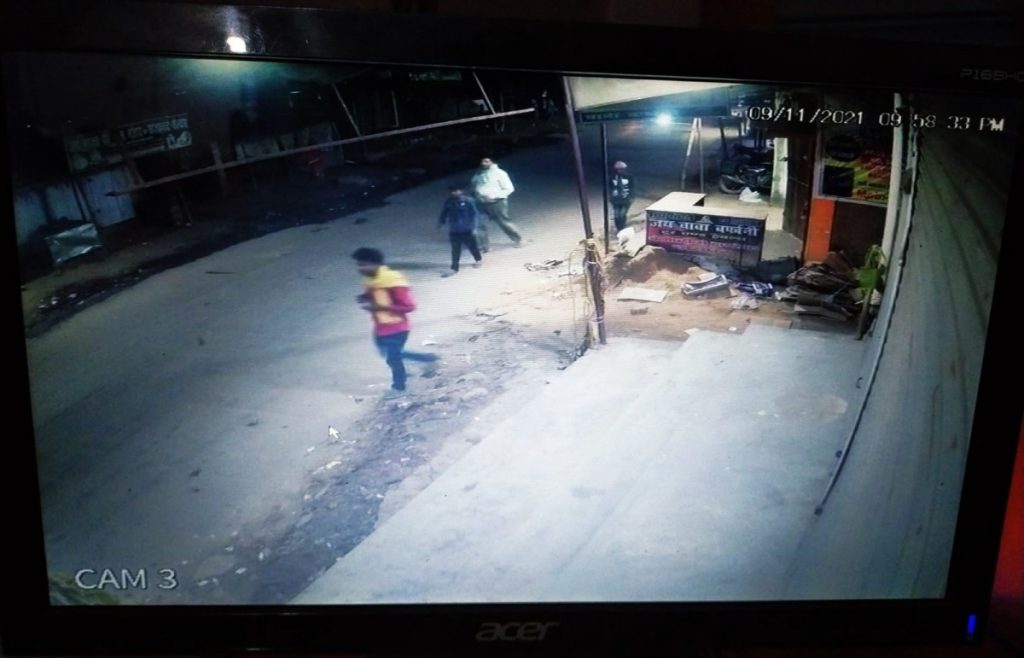 Buddhinath Jha had exposed many unlicensed private clinics which were operating in the area. His complaints to district public grievances redressal officers had resulted in fines and actions against private clinics since 2020. In August this year, after Jha’s complaint, district health officials had searched eight private nursing homes which were allegedly run without proper licenses. Four clinics were slapped with a fine of Rs 50,000 each.

Some clinics had changed their address to evade action. The police had also lodged FIRs against some clinics.

His relatives said that he had opened a nursing home in 2019, where doctors from different areas would visit and treat patients. That had angered local doctors and they had got the clinic closed, he said. It was then that he decided to identify unauthorised clinics in the area and started filing RTIs and complaints, according to his relatives.

Trilok Jha, another elder brother, said, “Due to action taken against private nursing homes, the operators were angry. They had threatened him many times and also offered money if he stopped filing complaints. But he was adamant to expose them.”

Planned another campaign against illegal clinics

Buddhinath’s colleague Kanhaiya Kashyap told The Wire, “Despite the action taken by health officials, some illegal private clinics were still operating under new names. He was planning another round of complaints against them.”

“A week ago, Buddhinath told me that he will again start lodging complaints with health officials. On Facebook, he had posted on November 7 that the ‘game will start’ from November 15, indicating that he would file complaints against unauthorised clinics on that day,” Kashyap says.

“We suspect the medical mafia hatched a conspiracy and burnt him to death after kidnapping him,” Trilok Jha said.

When The Wire asked the station house officer (SHO) about the motive behind the murder, the officer said he will only comment when more information is available.

The opposition Rashtriya Janata Dal (RJD) party has criticised the Nitish Kumar government over Kha’s killing. It said, “Telling the truth and protesting against wrong actions is the biggest crime in the Nitish Kumar regime. People who are running the government have increased the morale of criminals and mafias for their own benefits.”

RTI activists in the crosshairs

Jha’s murder has once again highlighted the dangers that transparency activists face in Bihar. In September, East Champaran-based RTI activist Vipin Agarwal was murdered in broad daylight when he was returning from the block office. He had filed more than 20 RTIs against government land encroachment.

More than 20 RTI activists have been murdered in the state since 2006. Rarely have the accused been brought to justice in these cases, which has only emboldened criminals, activists say. RTI activists have demanded security for those working in remote areas.