Backstory: Reporting an Act of Terrorist Violence in Ways to Defeat It 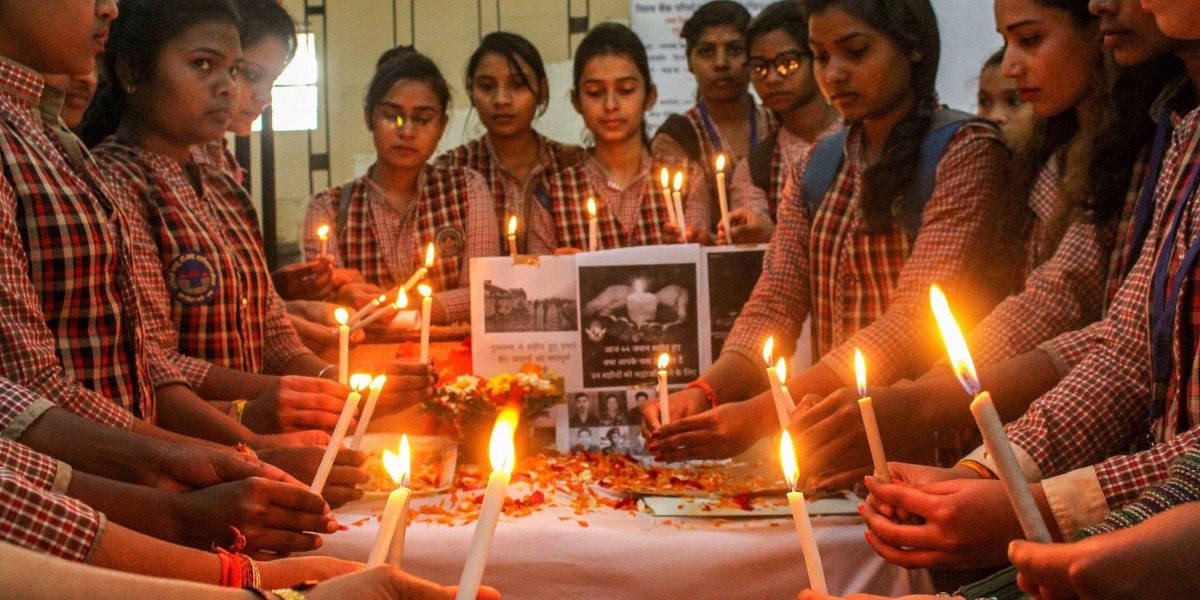 The heartbreaking sobs of the children of the CRPF men killed in Pulwama echo through newsrooms but rarely do they prompt a shift in their central focus: the war cry of avengement. It needs a rare anchor like Ravish Kumar, who on prime time on February 14 – the day of the attack – found the courage to comment on the performance of his counterparts in other channels, “Every incident is not a movie plot where an anchor can shriek and shout and provoke. It is best we pay tribute by staying silent for some time, by talking softly, by thinking of what must be passing through the minds of families (of the dead jawans).”

Sometimes it appeared that television channels and Union ministers were on the same playbook. If one channel floated the hash tag ‘#EndCoverForLobby’, a Union minister excoriated “those living in India and describing themselves as mainstream Kashmir politics” as “apologists for terrorists”.

Deliberative news generation doesn’t stand a chance against such competitive news generation and of course, there is always a certain comfort in similitude. By shouting long and hard, along with everybody else, about giving Pakistan a “muhthod jawab” (jaw-breaking response), you cannot at least be accused of being anti-national. The question is, are such reactions only playing into the hands of those who orchestrated that suicide mission in the first place?

One of the important insights that emerged from the theatres of “terrorist” violence in the West, is how “terrorism” itself is not just an act of violence, it is an act of violence to communicate messages for political purposes; it is an exercise of power that aims to expose the powerlessness of those who rule and to strike fear in the ordinary person.

Seen in this way, it is obvious that the media unwittingly comes to play a role in the realisation of these aims. If any act of terrorist violence remained confined only to those who suffer as a consequence of it, it is of little use to those who perpetrated it. It is only when its impacts permeate through civil society and provoke counter-reactions to varying degrees is the purpose achieved.

Could it then be the case that the media unwittingly came to play a role in the realisation of the terrorists’ ultimate intention? As Alexander Spencer, author of The Tabloid Terrorist, in a 2012 paper titled, ‘Terrorism and the Media’, put it:

The modern news media, as the principal conduit of information about such acts, thus play a vital part in the terrorists’ calculus. Indeed, without the media’s coverage the act’s impact is arguably wasted, remaining narrowly confined to the immediate victim(s) of the attack rather than reaching the wider ‘target audience’ at whom the terrorists’ violence is actually aimed.

Incidentally, groups like the Jaish-e-Mohammed, have learnt to harness effectively both media content and modern communications technologies for its purpose. Consider, for a moment, how the suicide bomber in Pulwama, Adil Ahmad Dar, clad in fatigues, performed for the camera. The video revealing that he had joined the fidayeen squad a year earlier and which praised the Kashmiri people, particularly the youth, for remaining on the “path of freedom despite immense suffering”, was released on social media just before the attack (‘J&K: At Least 49 CRPF Jawans Killed in Deadliest Militant Strike on Security Forces’, February 15) and must have got a wide viewing.

Spencer also looks at how metaphors used by the media like “war” also further the terrorist enterprise, inevitably making a military response to the terror act seem the only recourse. The disturbing aspect of all this is that the media too stand to gain from violent situations of this kind in terms of visibility and support. Spencer writes of “an almost symbiotic relationship between terrorism and the media as terrorism provides for exciting and violent stories which help sell the news product and the media provides terrorist groups with a means of spreading their message and creating fear among the general public”.

Given this, the advisory put out by the Ministry of Information and Broadcasting, (‘After Pulwama Attack, I&B Ministry Tells Channels Not to ‘Promote Anti-National Attitudes‘, February 14) was a rather uncommon instance of the I&B ministry actually getting something right. “Anti-national content” in this note referenced anything affecting the “integrity of the nation”, and presumably it includes media content that pits community against community and deepens alienation in regions that witness such violence.

One of the conspicuous silences in the media narrative is the alienation of the Kashmiri. The Wire‘s article, ‘After Pulwama Attack, the Core Issue in Kashmir Is Being Ignored – Again’ (February 15) rightly flags this. The writer argues that if the state can introspect on the phenomenon of local Kashmiris – many of them from educated and better-of backgrounds – willing to blow themselves up for the cause, it would go some way in addressing the problem of such randomised acts of devastating violence.

Unfortunately, this is never done in the most conducive of times, forget those that precede a general election.

Reader responses to the CRPF attack

The Pulwama attack has left many readers of The Wire extremely disturbed. The first among them was Sonali, who has even written a letter to the “Prime Minister of India, Other Officials and Citizens of India in the wake of the yesterday happened terrorist attack in J&K”. Kushal Kumar, another reader based in Haryana, also sent us early information on the attack, almost in real time.

What was most striking about the crackdown on JNU in 2016 was how those who faced the brunt of the state repression and were subjected to slurs like “anti-national”, “tukde tukde gang” and “urban naxals”, emerged from that trial of fire so much stronger and launched political and intellectual responses that have deepened Indian democracy.

The piece, ‘JNU Sedition Row: Age of Unreason and ‘Reasonable Restrictions’’ (February 9), by Anirban Bhattacharya, one of the former JNU students facing sedition charges filed by the Delhi police, reflects this amazing “growth” story. The piece becomes even more relevant, given recent developments at the Aligarh Muslim University (‘‘No Evidence’ of Sedition, Charge Against 14 AMU Students Will be Dropped: Police’; ‘Watch | Operation Sedition: Is AMU Being Targeted the Way JNU Was?’, February 15).

Bhattacharya notes its timing, “90 days before the general elections” and its intended impact in newsrooms, to the extent that some sections of the media were “handed copies of the charge sheet even before the accused have had any luck in receiving it”.

By revisiting the Constituent Assembly conversations around “sedition”, and considerations of what constituted “reasonable restrictions” to freedom of expression, he could exhume lost voices from that era. Professor K.T. Shah, for instance, was “sceptical of the limits imposed in the name of ‘public order and morality’ pointing out that the term morality is highly vague and its connotation changes from over time, and how in its guise basic freedoms have been denied in several countries”.

Somnath Lahiri, a member of the CPI and representative from Bengal, had even appealed to the house to delete the word ‘“sedition” from the ambit of “reasonable restrictions”’, by stating:

I am constrained to say that these are fundamental rights from a police constable’s point of view and not from the point of view of a free and fighting nation… Now, Sir, what constitutes a ‘grave emergency’ God alone knows. It will depend on the executive obtaining at a particular period of government. So, naturally anything that the party in power or the executive may not like would be considered a grave emergency and the very meagre fundamental rights which are conceded will be whittled down.

How prescient those words were, and how ignored, despite the Supreme Court having laid down that seditious speech becomes a punishable offence only when it incites mobs into imminent violent action. The Delhi police, as indeed the Pune police with their ever present manacles to shackle those who, in its imagination, are “urban naxals”, would be advised to read Bhattacharya’s piece to understand better the foundational insights that have fashioned democracy in India – and the intellectual calibre of those they seek to silence. 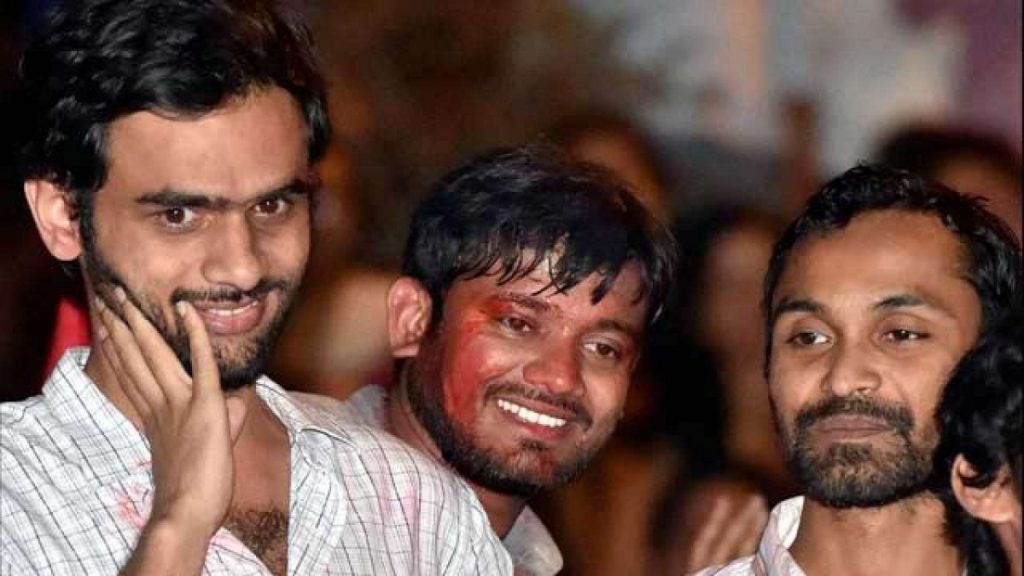 The UN Special Rapporteurs on cultural rights; extrajudicial, summary or arbitrary executions; the right to freedom of opinion and expression; violence against women; and the Working Group on the issue of discrimination against women in law and in practice, have jointly written to the government of India, drawing its attention to threats, including death threats, against Swati Chaturvedi, a journalist and columnist, who has been writing for The Wire, expressing their concerns that “the alleged threats, including death threats and threats of rape, received by Ms. Chaturvedi”…”seem to be linked to her journalistic work and criticism of Government policies”:

We are also concerned by the apparent lack of steps taken to investigate the threats despite them having been reported to the Police. We are also concerned about what appears to be a wide presence of fundamentalist discourses and intolerance, including from members of the ruling Bharatiya Janata Party, which may encourage negative social mobilization leading to expression of intolerance, incitement to hatred, violence, including gender-based violence, as well as discriminatory practices against women and the perpetuation of harmful stereotypes that are inherently discriminatory and undermine a full range of women’s human rights in all spheres Furthermore, we are concerned by the undermining of freedom of expression based on the lack of measures taken to create a safe and an enabling environment for freedom of expression, in particular for women, including in the online space.

In view of the urgency of the matter, we call on your Excellency’s Government to investigate the threats and take all necessary measures to ensure the safety and security of Ms. Chaturvedi and would appreciate a response on the initial steps taken to safeguard her human rights in compliance with international human rights instruments and standards.

A reader of The Wire, Denish Patel, has sent in an important mail on Gujarat’s gochar land (grazing areas): “First of all thank you for creating such an independent media model. One of the issues that I think you should take up is on gochar land, because I suspect there is a huge scam taking place concerning such commons. I myself am a resident of a town on the banks of the Tapi river. We have had abundant gochar lands here but now politicians (many of them belonging to the ruling party) have captured these commons and have even built houses on them. This points to the ultimate irony: while politicians do politics in the name of the cow and beef eating, they do not bother for a moment the pastures that keep cows alive.”