When an egg on Instagram can elicit 46 million likes and millions of comments, one cannot but ask whether this is the future of the media: being rendered into round objects that can be broken and hollowed out, and have its contents poached or fried, spiced up or scrambled.

In India, certainly, such a question has assumed deadly seriousness. In a week’s time, the marches and music of 70th anniversary of the Republic will rent the air, even as its constitutional promise of the right to freedom of speech and expression and the collorary, the right to information, appear faded and shrivelled words, not worth the parchment upon which they rest; even as academics of high standing and students with promising futures are sought to be shackled by the iron weight of the law of sedition.

“It is preposterous that Dr. Teltumbde is facing imminent arrest under the undemocratic Unlawful Activities (Prevention) Act (UAPA) based on a fabricated case filed by the Pune police in India under which ten other eminent persons, including human rights activists, lawyers, and public intellectuals, are already under arrest.”

A case against JNU student leaders that had remained under wraps for three years suddenly bursts into dark bloom in the shadow of an election (‘Sedition Charges: Despite Few Convictions, Police Register More Cases’, January 18).

The data is telling:

“At the beginning of 2014, Indian Express reported, nine people accused of sedition were either in custody or on bail pending investigation. By the end of that year, 58 new people had been arrested, of whom only 16 were chargesheeted.”

In other words, the present government has systematised the use of sedition in order to make the process, the punishment.

Also read: Backstory: A Once-In-Five-Years Chance for Media to Understand India and Its Politics

But if the Republic’s present day guardians have their agendas and are brutal about achieving them, what if this brutality is being encouraged by the amnesia of those like us who constitute “we, the people” that the constitution speaks about? I can only agree with the piece, ‘JNU Sedition Case: A Forgetful Nation Enables the State’s Brutality’:

“The inability of citizens to imagine the plight of undertrials subjected to prolonged incarceration and trial normalises the Indian state’s excesses. It presumably knows that even its most unconscionable action might shock people, but they will gradually lose interest in it.”

This is where the media-as-egg story is so prescient. As the writer of the just cited piece points out, the outrage over the subversion of justice in the case of the ten activists has now almost evaporated from even those sections of the media that sought to report empathetically on it – and from public consciousness in general.

If we were to take the entire CBI imbroglio, what becomes most apparent is the manner in which three crucial institutions mandated to preserve, protect and extend transparency in the country – the Central Bureau of Investigation (CBI), the Central Vigilance Commission, and the highest court of the land – had, in an uneasy tri-junction, submitted to their own unraveling. This is also a reflection on those who come to head these institutions and the selective manner in which they are appointed. The demand of transparency activists that the selection process for such posts should begin at least six months before their occurrence and that the procedures adopted and eligibility criteria be spelt out publicly, needs widespread support (‘RTI Activists Seek Transparency in Appointments to Public Institutions’, January 18).

Good journalism highlights the veil of secrecy behind which power-dictated manoeuvres take place. Great journalism pierces through the veil and does so through various means including investigation.

Investigative reporting really constitutes the apogee of journalistic effort and entails the chasing of a lead, the piecing together of the various parts of the story – often with the support of well-trusted sources – and the crafting of a coherent and credible news story.  The follow up is often as important as the story itself, in many cases of investigation. 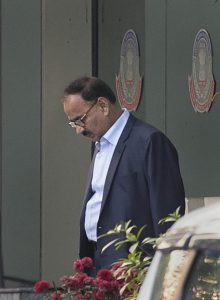 It was through the means of timely follow up stories that The Wire could emerge at the forefront of the national coverage of the CBI story, putting across information that would have otherwise remained behind the veil. The crucial information about how the Central Vigilance Commissioner K.V. Chowdary, upon whose report the action against Alok Verma was taken, had earlier tried to negotiate with Verma to get him to withdraw his adverse comments on CBI special director Rakesh Asthana, had not been reported anywhere else (‘Exclusive: CVC Met Alok Verma to Request He Withdraw Adverse Comments on Asthana’, January 12).

Fact checking may seem a simple enough exercise – something that journalists do intuitively. In fact, if done well, fact checking can pierce the veil of secrecy extremely effectively.  The trick here is to ask the research question and look for the most effective ways to answer it, whether by doing a spot of information digging or consulting experts.

Two recent examples in The Wire would illustrate this. When Union minister of human development resources Prakash Javadekar argued that women didn’t want to work and this was one of the factors why India’s employment figures are so low. Deeper investigation into this so-called fact had the writer of the piece, ‘Fact Check: Are India’s Employment Numbers Really Low Because Women Don’t Want to Work?’ (January 16), conclude that to say that women don’t want to work is an unsustainable argument. The issue is that there are insufficient decent, paying, and accessible jobs available to them.

Similarly, The Wire desk did a commendable job on whether the prime minister was right when he claimed that his government had saved Rs 90,000 crore thanks to Aadhaar related savings and the retooling of welfare delivery (‘Fact Check: Modi Claims His Govt Saved Rs 90,000 Crore. True or False?’, January 16). The figure is bound to bounce off campaign podiums in these election days and gain authenticity in the process. This, in fact, is extremely problematic, as the unpacking of the claim in this news portal clearly showed.

Employment is shaping up to be a major election issue and there was a great deal of public interest in the findings of the Murli Manohar Joshi parliamentary estimates committee on measuring growth, employment and income, especially since it would also reflect the impact that demonetisation had on these aspects. Not surprisingly, the committee’s report had become a political hot potato, resulting in serious run-ins with the central government, and dissent from the BJP members within it.

The Wire report ‘M.M. Joshi-Led Panel Report Will Conclude that Modi Govt has No Real Data on Job Growth’, came out a day before other mainstream media reports, and highlighted the fact that unemployment had, as was suspected, touched a four-year high in 2016-2017 – the period of demonetisation. An inspired leak, you could call this, but most investigative reports that have gone on to become classics, such as Watergate, have depended on this formula.

Also read: Backstory: Will 2018 Be Seen as the Year of the Unravelling?

Ask the old Bofors warhorse N. Ram of The Hindu – who has just come out with an explosive story on the Rafale deal – about this.  The difference, he pointed out between Bofors and Rafale, is that “unlike Bofors, where journalistic investigation was able to uncover corruption disguised as ‘commissions’ paid secretly into Swiss bank accounts, no money trail has been discovered so far (on the Rafale deal).”

Could this be an outcome of more sophisticated money management in the new era, or is it that the Indian media has lost its appetite to pierce the veil?

Smile, you are in a selfie with Modi…

The piece ‘Why Bollywood Could Stand To Be a Bit More Like Hollywood’ (January 15), was about how Karan Johar, Ranveer Singh, Ranbir Kapoor, Ekta Kapoor, Varun Dhawan, et al, flashed their chompers for the camera. It reminded me of another day – Diwali Milan, 2015. The Modi government had just hosted a calorie-rich high tea for the media – in lieu presumably for a full-fledged press conference (which alas has still not happened) – and many among Delhi’s celebrated press corps rushed to share the camera frame with the prime minister in selfies. 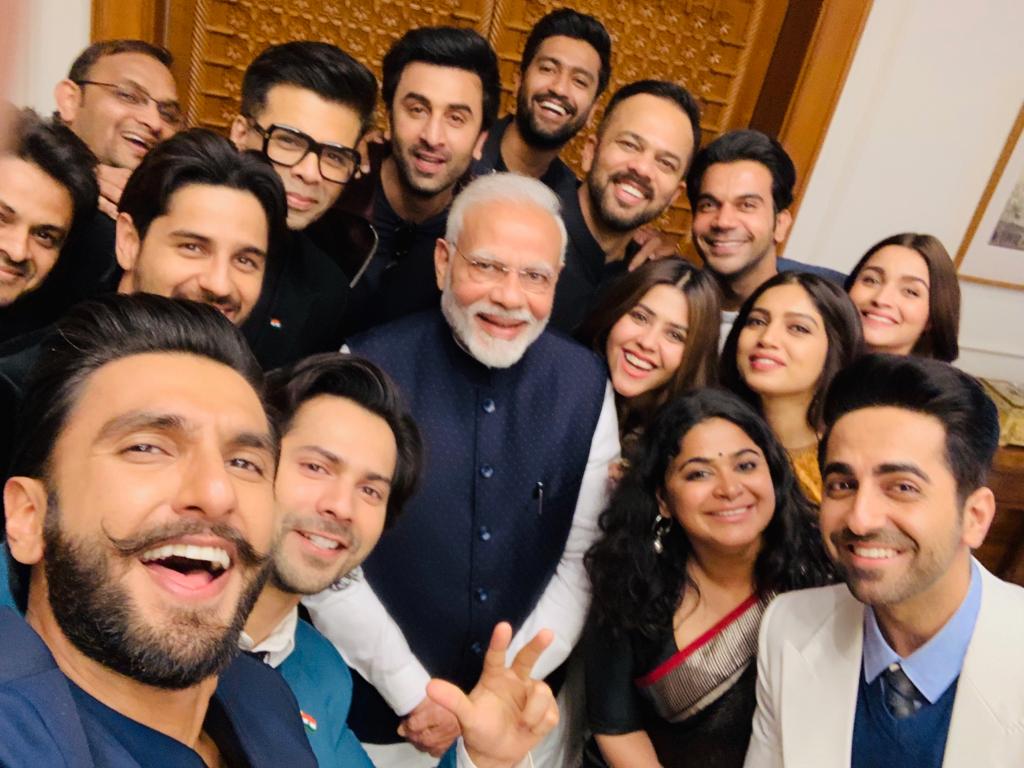 So unabashed was their submission to the aura of the powerful, that a senior anchor was constrained to tweet, “Appalled with journos making a spectacle of themselves scrambling for selfies with PM. Your job is to ask tough question not click pictures.”

Alas, all he got for his effort to say the right thing was merciless trolling.

Sudhir Angadi, wants to know why The Wire is “loaded with so much of negativity”. He wants a response to his question before he decides whether he will continue to read its content. Around the same time I received another mail, this time from S.P. Mahapatra, who also found the lack of “positive news” in The Wire distressing. He writes: “My request to you is always spread good and positive news which will benefit the country and its masses. People are not fools and every one will come to know about your hidden agenda of helping one corrupt and dynastic political party.”

So what are the topics Mahapatra would like The Wire to carry? Fortunately, he took the trouble to send in his suggestions: “It will be better you write good pieces on the policies of the BJP government and their work over  the last four and a half years; how leakage of public money has stopped through the introduction of Aadhaar; how millions of poor people now have gas and electricity connections; how hundreds of thousands of children are getting immunised; how LED bulbs are being distributed at a cheaper rate and neem-coated urea has been introduced to stop the black marketing in urea.”

There are other suggestions too; including how yoga has been made popular and how Indian passport holders are now proud of their passports. Going by their tone and tenor, Mahapatra’s suggestions are bound to figure in the BJP’s election manifesto in the not-too-distant future.

Meanwhile another reader, Shiv Shankar Acharya, finds the stories and video that The Wire puts out “refreshing”. But he has a suggestion too: “One of the ways you could prevent presidential type propaganda during the coming elections is to avoid discussing or giving prominence to the  Modi vs Rahul narrative, instead it should focus on presenting future parliamentarians to its readers.

Good advice. I now look forward to reader opinion on how The Wire should shape its election coverage.