A police complaint was filed by the Directorate of Information and Public Relations, Assam.

Guwahati: The Directorate of Information and Public Relations (DIPR), Assam has filed a police complaint urging the police to ‘initiate appropriate legal action’ under Section 45 of the Information and Technology Act against an independent Assam-based news portal, The Cross Current, on August 6. The Dispur police has registered a case based on the complaint.

Earlier, the DIPR had filed a complaint seeking legal action under Section 66A of the IT Act – which was struck down by the Supreme Court in 2015. On Saturday evening, the government changed the section it wanted invoked.

Gogoi’s lawyer Santanu Borthakur told The Wire, “The FIR also includes charges of defamation under Sections 294/500/505(2) of the IPC.”

The police complaint was filed for a video news report which was critical of Assam chief minister Himanta Biswa Sarma, minister of information/public relations Pijush Hazarika and the state DIPR.

Gautam Pratim Gogoi, the reporter for the story – titled ‘Was Pijush Hazarika subjected to warnings while trying to be Himanta Biswa Sarma’s sycophant?’ – was summoned by the Dispur police on Friday and had to spend the night at the police station.

Gogoi told The Wire that the video was removed due to a ‘technical glitch’. His pen drive has been seized by the police, he said. 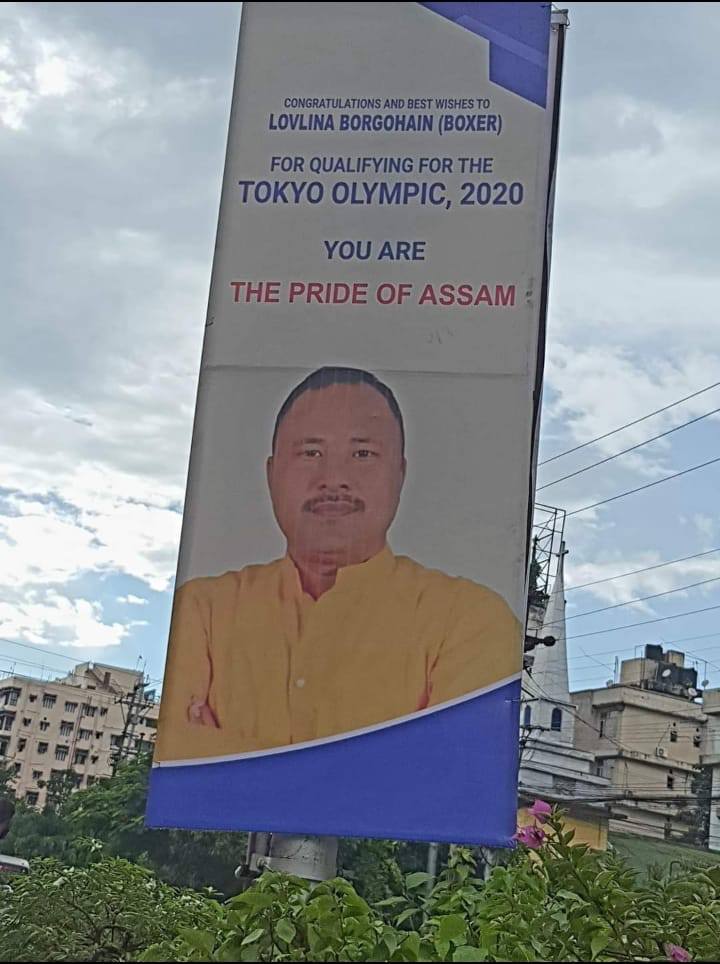 The Cross Current, an independent Assamese news portal which was launched in 2019, is quite critical of the ruling BJP in its news coverage reporting.

It has now found itself in the party’s cross hairs on account of a news report which questioned the government for the excessive use of Sarma’s photos on hoardings erected to commemorate two events – congratulating Olympic boxer Lovlina Borgohain and commemorating the death anniversary of Assam’s first chief minister, Gopinath Bordoloi.

Controversy over the hoardings began around the eve of the Olympics Games, when multiple hoardings came up in and around Guwahati with Assam sports minister Bimal Bora’s image instead of Lovlina’s.

Again later, hoardings were erected carrying Sarma’s photo instead of hers. The hoardings had the message, “Congratulations and best wishes to Lovlina Borgohain (boxer) for qualifying for Tokyo Olympic 2020”. The sub-head read, “You are the pride of Assam”.

On August 5, hoardings were erected to commemorate the death anniversary of Assam’s first chief minister, Gopinath Bordoloi. A large photo of Sarma’s was seen on these boards, while Bordoloi’s image took a back seat, appearing in a small circular frame just above the present chief minister.

Interestingly, the hoardings didn’t carry the name of any government department.

In his video report, Gogoi had questioned who had ordered and paid for these hoardings, since no government department was named.

On August 5, Sarma tweeted, “I do not endorse this kind of branding at all. Instruction has been issued not to use my picture from now onwards without prior approval of my office.”

Speaking to The Wire, Gogoi said, “The video report was raising some basic questions. We asked who installed the hoardings, since there were no names of any state department. Another question that we asked was that Sarma had tweeted that he doesn’t endorse such branding, but how do the hoardings appear without his knowledge? Was the public relations department behind it? Was it a sycophantic attempt by minister Pijush Hazarika to be in Sarma’s good books that backfired?”

“The DIPR said that we telecast fake news. The FIR also stated that in the video we said that the hoardings were erected by the DIPR. But we didn’t say that. We only asked questions. I had to spend one night at the police station. It was not in the lock up. It is quite baffling as we did the story based on Sarma’s tweet.”

Note: An earlier version of this article erroneously said that Section 45A of the IT Act has been invoked.