Debate: Why Arnab Goswami's Banana 'Republic' Also Needs to Have a Seat at the Table

Arnab Goswami's Republic TV is not only a problem but also a symptom of a much bigger, scarier disease plaguing the media industry. 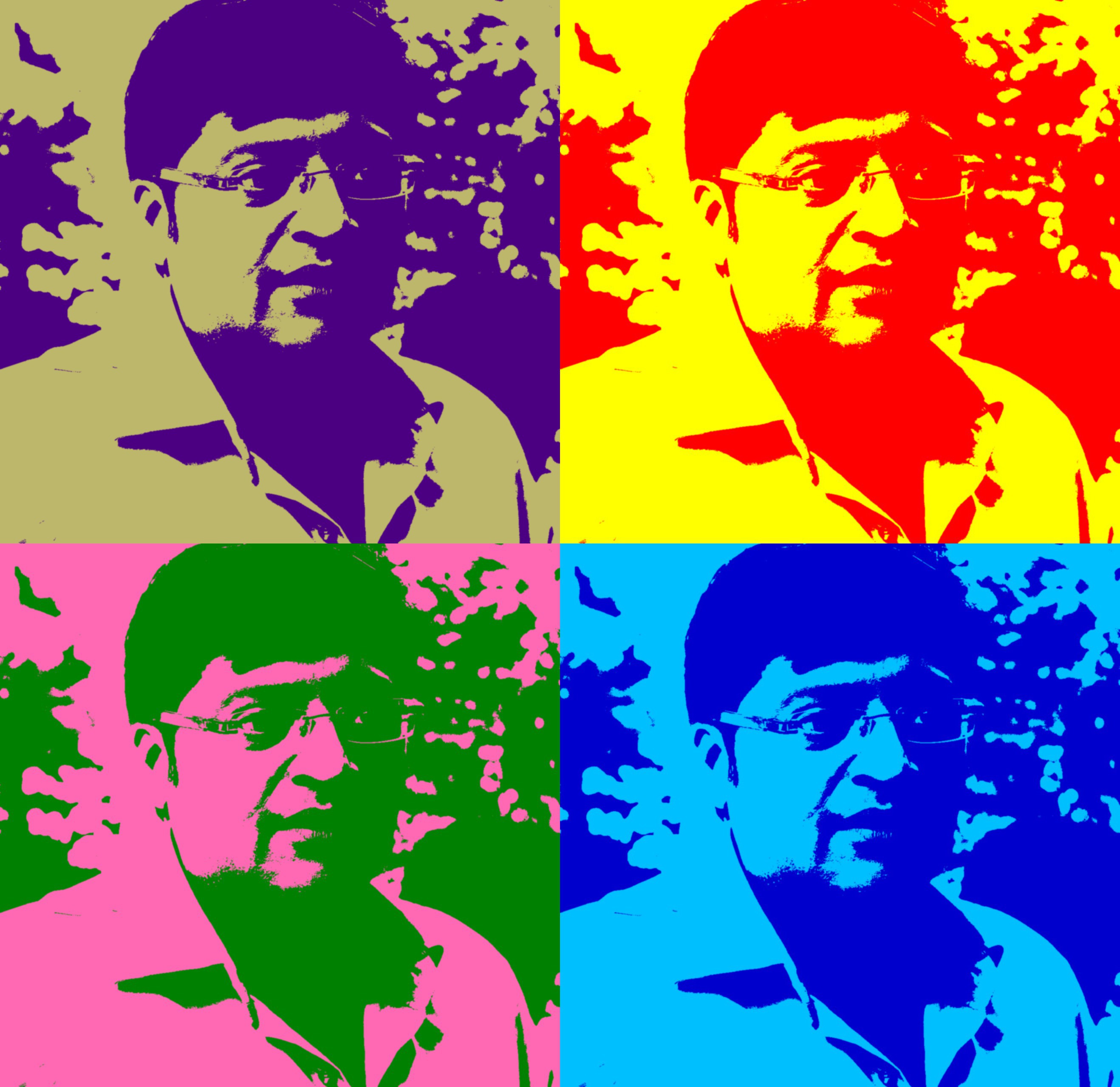 Journalism in India is facing a crisis and we can’t afford to let our viewers/readers down at a time when they need us to be impartial, objective and efficient more than ever.

They are brash. They heckle their subjects. They wear jingoism as a badge of honour and their commander-in-chief often advocates curbing free speech. According to critics, they are ‘lapdogs of the ruling party’. Yet, what happened at newly-elected MLA Jignesh Mevani’s interaction with reporters in Chennai this week was unacceptable.

On Tuesday, the Vadgam, Gujarat legislator was participating in an interaction with academics, activists and students in Tamil Nadu’s capital. Following the session, media persons were invited to record Mevani’s sound bite, but he refused to do so until journalists from Arnab Goswami‘s Republic TV left the premises.

fully agree with the TN journos. you cannot choose to exclude anyone when you address the media in general, you can only choose not to engage one on one with a particular channel https://t.co/tHSx9QnCwk

While the journalists (mostly from English TV news channels) who attended the event stood up to Mevani, in solidarity with their colleague, and refused to record a bite, other journalists from across the country felt that the ‘North Korean news channel’ had it coming.

Republic TV, a politician-owned entertainment channel, will use journalists as protection when it suits them, and never ever do anything in return. Be warned https://t.co/VaxqwKA0y8

Republic’s reportage of Mevani has been unfair to say the least. The channel that claims to be ‘India’s only independent news venture’ is funded by NDA deputy convener in Kerala and MP Rajeev Chandrashekhar and is often described as a toxic version of the staid state-run Doordarshan News with which it shares a high degree of proximity to the ruling regime. Goswami, who fancies himself as a dissenter, has proven to be exactly what he claims to detest – ‘a Lutyens hack’, whose USP is his friendliness to the politicians who wield power in New Delhi. Most of his coverage, even of topics that require taking the ruling government to task, is focussed on finding faults with the opposition.

This wasn’t the first time the channel’s reporters have been asked to leave a media interaction. A day after journalist Gauri Lankesh was brutally murdered in Bengaluru, JNU student leader Shehla Rashid not only refused to engage with a Republic reporter outside the Press Club in Delhi but also demanded that he leave. In December 2017, reporters belonging to Times Now and Republic TV were refused entry to a Congress party press conference in New Delhi. On multiple occasions, the over-enthusiastic (bordering on rowdy) journalists from the channel have ended up being physically restrained by security staff of opposition leaders because of their confrontational, in-your-face journalism.

So why should we stand by them when a politician – in most scenarios rightly so – wants to kick them out of a press conference? Simply because it could be us in their place tomorrow. Today it’s Mevani and Rashid, tomorrow it could be the BJP and RSS or Mamata Banerjee and Nitish Kumar who feel unfairly targeted and exclude journalists from media groups they dislike.

After India Today published pictures of the dead and bleeding victims of the Nellie massacre, the-then Prime Minister Indira Gandhi refused to answer a question from a reporter from the magazine, saying she didn’t answer questions from journalists of anti-national publications, recalled veteran journalist Shekhar Gupta.

When the Left was in power in West Bengal, journalists recall being denied access to senior leaders who accused them of misrepresenting their policies. The Left Front government in the early 1990s had demolished the original press corner, a room for journalists covering the state secretariat, after accusing the media of instigating Mamata Banerjee’s dharna in front of Jyoti Basu’s chamber. The fact that a politician would seek to sidestep an uncomfortable question isn’t unusual. Mamata, who became the media’s darling after she refurbished the corner once she came to power, later banned the entry of journalists in the VIP zone in the same building.

Who decides which media house stays and which goes? The arbitrariness that accompanies these decisions comes with troubling consequences. Those who support such acts of censorship are guided by their personal like and dislikes. For instance, many claim that just because Republic is a registered TV news channel doesn’t mean that it has to be treated as one. This argument, at its most fundamental, raises moral and philosophical questions. While this debate is useful from an ethics standpoint, it fails utterly when used by politicians and celebrities to force out journalists from a public space.

It is a politician’s prerogative to ignore or engage with the media. She/he can choose to not give them a bite or an interview. Not let them in at private ‘invitation-only’ events. But at a public event, even if it is not a press conference, refusing to allow them to keep their mic is unacceptable. Democracy can only function successfully if elected officials are held accountable and it is the media that has to play that role.

Also, for leaders like Mevani and Rashid, who don’t fit the traditional political mould, their actions have also proved to be counter-productive as the narrative they seek to project is disrupted and ignored, resulting merely in providing more fodder for the propaganda-hungry channel.

While Republic TV, its editor-in-chief and its journalists have plumbed new depths, the propaganda that is central to the channel’s behaviour is symptomatic of a much bigger, scarier disease plaguing the media industry worldwide. 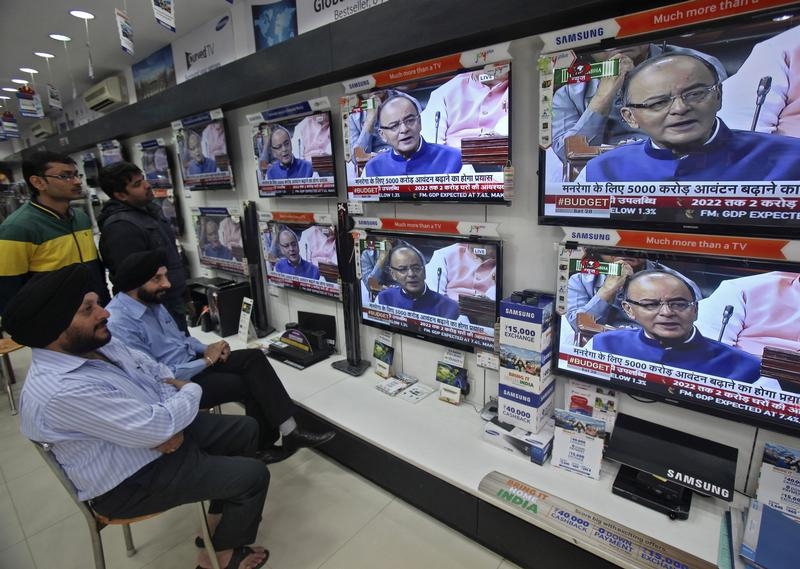 Now is as good a time as any to discuss the role the media is supposed to play and the obstacles that are standing in its way. And to do that we need to focus on the root of this problem — funding. Traditionally, advertising-driven media houses in India are subject to the whims and fancies of politicians and corporates. In both scenarios, journalists are often expected to pull punches to keep their masters happy. As long as media is funded by corporates and politicians, it can never be truly independent from outside pressures — financially or editorially.

If we want to keep the powerful accountable and provide good quality journalism, we need to look at different business models that aren’t solely focussed on TRPs, page views, advertisements from the government or businesses. Which means readers need to start paying for news like they pay for all other services they enjoy.

The Indian media can also take some lessons from the dramatic rise in subscriptions of the New York Times since Donald Trump was elected president.

Despite being constantly under attack from the the president and his supporters, the paper has seen a rise in subscribers and advertisers because it continued the practice of taking elected officials to task.

As far as the media fraternity in India is concerned, however, it is time for an internal audit. Media watchdogs, too, need to play a much bigger role in laying down some basic dos and don’ts regarding how media persons behave and we all need to come together to make sure they are implemented.

Journalism in India is facing a crisis and we can’t afford to let our viewers/readers down at a time when they need us to be impartial, objective and efficient more than ever.

Lastly, Mevani, who was chosen by the people to represent them, has a long career ahead of him and one or two channels can’t do anything to harm that. So, like a veteran journalist suggested, he should grow thicker skin because the game has just started.