Photojournalist 'Beaten up' by Police at Mumbai Anti-CAA Protest

Ashish Raje, who is also a joint secretary of the Mumbai Press Club, was covering 'Mumbai Bagh'. 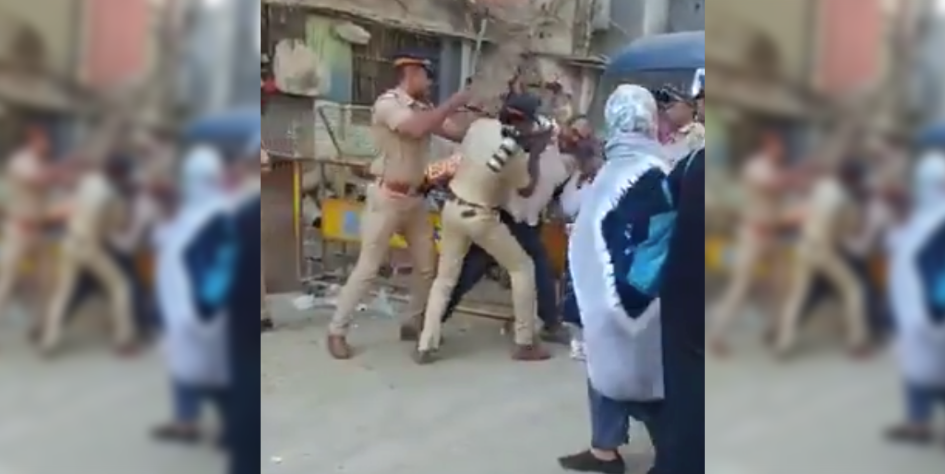 A video screengrab showing Ashish Raje being beaten up by police at 'Mumbai Bagh' in Nagpada.

Mumbai: A photojournalist with a city tabloid was allegedly beaten up by the police at an anti-Citizenship (Amendment) Act protest here on Thursday.

An inquiry had been ordered, a senior official said, while Maharashtra home minister Anil Deshmukh promised strict action against those involved.

Ashish Raje, who is also a joint secretary of the Mumbai Press Club, was covering ‘Mumbai Bagh’, a sit-in protest on the lines of Delhi’s Shaheen Bagh, by women in Nagpada area.

The protest is going on for the last 12 days.

Raje was allegedly pushed and assaulted by two police officials when he was walking to the protest venue.

A video of the incident also went viral on social media.

See what @MumbaiPolice is doing at Nagpada protest site. Treating media as criminals. This is highly condemnable. These hooligans in uniform must be punished Mr CM, home minister and CP@OfficeofUT @CMOMaharashtra @PawarSpeaks pic.twitter.com/yd0mSGp2Yg

Another photojournalist who was present during the incident said that Raje was taken to a hospital and was found to have suffered an injury to his thigh.

“We clicked pictures where the policemen are seen thrashing him. We had left the protest venue to have tea and when we tried to return, the policemen asked us for ID-cards.
We were ready to show our cards but for no reason one of the officers lost temper and attacked Raje,” he said.

“We are looking into the issue,” said Additional Commissioner of Police Viresh Prabhu when reached for comment.

Mumbai Press Club chairman Dharmendra Jore said in a statement that the police authorities should sensitise the officials.

“We are not your enemies. We are messengers. Fights with media don’t yield anything. Merely looking into the matter won’t suffice. Take those two unruly officers to the task,” Jore demanded.

“Additional Commissioner of Police (Central region ) is conducting an enquiry into the matter,” said the Mumbai Police Spokesperson late in the evening.

Home minister Deshmukh tweeted about the incident, calling it “appalling”.

“This is an appalling act and I will personally look into the inquiry of this matter. Strict disciplinary action will be taken against those involved,” he said.