The Arab and Middle Eastern Journalists Association pointed out that some comments by Western journalists either privileged the Ukrainians' Caucasian race or economic status, contrasting them with people from Middle Eastern or North African countries. 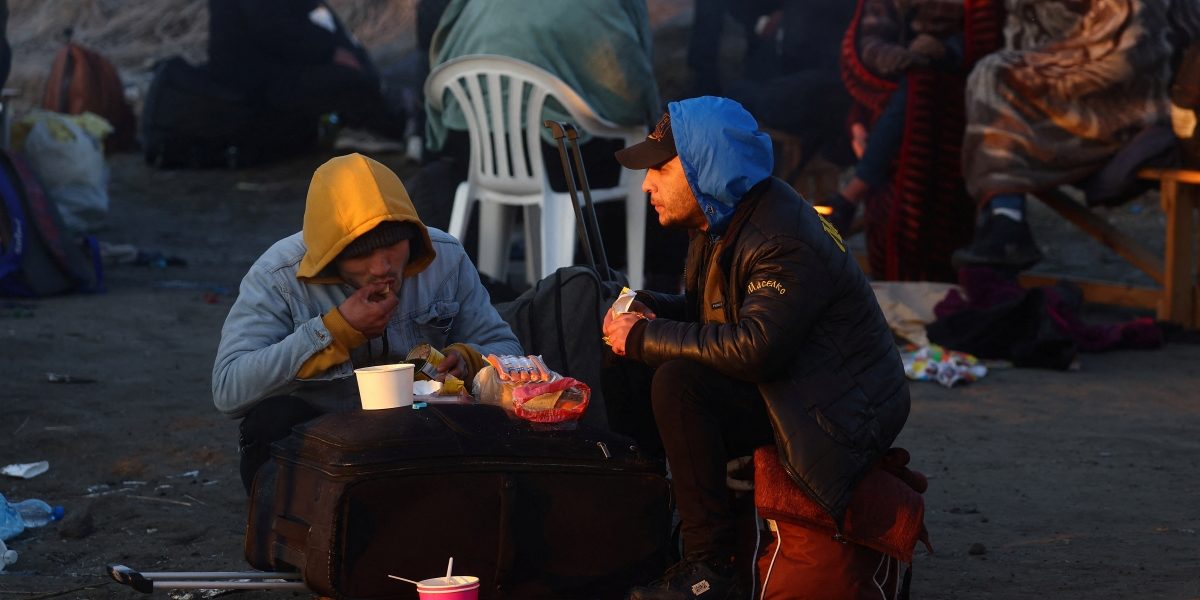 Refugees fleeing from Ukraine because of the Russian invasion at the border checkpoint in Medyka, Poland, March 1, 2022. Photo: Reuters/Kai Pfaffenbach

New Delhi: A network of Arab and Middle Eastern journalists has asked media organisations, particularly Western ones, to be wary of implicit and explicit bias in their coverage of the Russian invasion of Ukraine, saying it has observed examples of racist coverage that normalises war in non-European regions.

The Arab and Middle Eastern Journalists Association (AMEJA) said it has tracked “examples of racist news coverage that ascribes more importance to some victims of war over others”. It cited examples of comments made by analysts and reporters of prominent media organisations like CBS News, The Telegraph and Al Jazeera English. These comments either privileged the Ukrainians’ Caucasian race or their economic status, contrasting them with people from Middle Eastern countries or North Africa.

On CBS News: they are relatively “civilized” and “European” and not people from war torn countries like Iraq & Afghanistan https://t.co/bamWWFDcOj

“AMEJA condemns and categorically rejects orientalist and racist implications that any population or country is ‘uncivilized’ or bears economic factors that make it worthy of conflict. This type of commentary reflects the pervasive mentality in Western journalism of normalizing tragedy in parts of the world such as the Middle East, Africa, South Asia, and Latin America. It dehumanizes and renders their experience with war as somehow normal and expected,” the journalists’ body said in a statement.

Media organisations must not make comparisons that “weigh the significance or imply justification of one conflict over another — civilian casualties and displacement in other countries are equally as abhorrent as they are in Ukraine”, AMEJA said.

The body said that to prevent explicit bias, newsrooms must train correspondents on the cultural and political nuances of regions they’re reporting on, and not rely on American- or Euro-centric biases. “Inaccurate and disingenuous comparisons only serve to inflame stereotypes and mislead viewers, and they ultimately perpetuate prejudicial responses to political and humanitarian crises,” the statement said.

Denijal Jegic, a PhD researcher in communication and multimedia journalism at Lebanese American University in Beirut, told Washington Post that such coverage has long been present in European colonial discourse. “This implicitly suggests that war is a natural phenomenon in places outside of the Euro-American sphere, and the Middle East in particular, and that war would take place because of a lack of civilization, rather than due to unjust geopolitical power distribution or foreign intervention,” he said.

Rasha Elass, a Syrian American journalist, said the casual racism in these segments was shocking. He said the Russian invasion of Ukraine is very different from the US invading Afghanistan or the regional war in Syria because “this is literally the closest it has gotten in our lifetime to a world war”, not because one area is “civilised” and the other is not.

The newspaper added that such coverage was not isolated to English-language media outlets. For example, some French media organisations referred to Ukrainians fleeing their country as “refugees” but Afghans who were doing the same after the Taliban takeover in August last year were called “migrants”.