Geolocation of footage of the incident belies claims by the Israeli military that she may have been shot by Palestinians as they clashed with its troops. 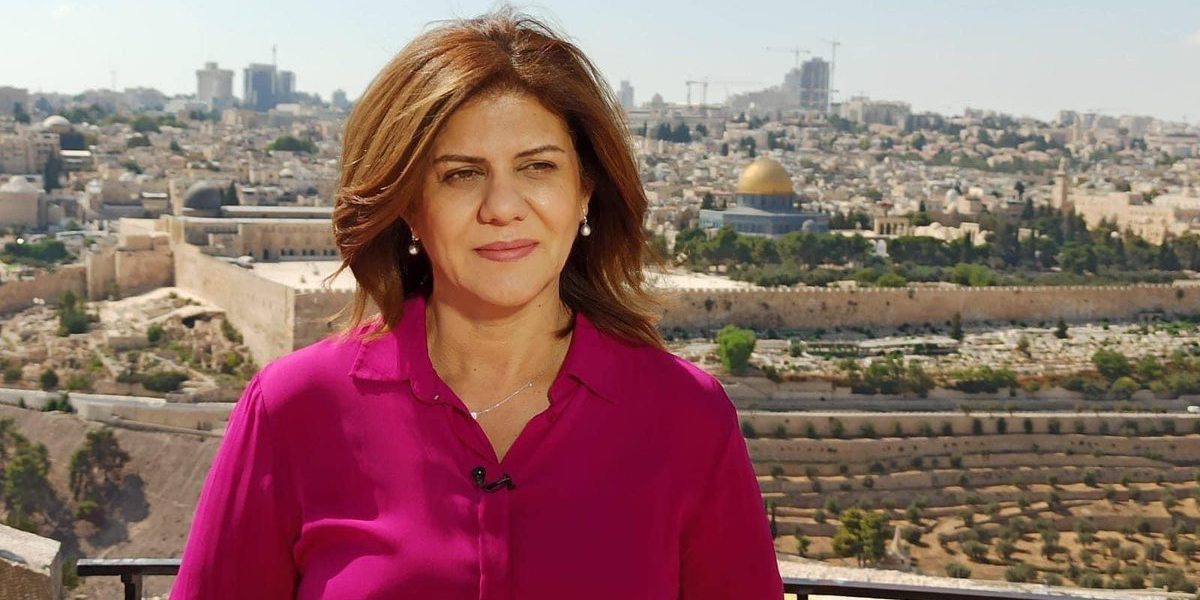 An Al Jazeera reporter was shot and killed during an Israeli raid in the occupied West Bank on Wednesday, with the news channel accusing Israel of  assassinating her “in cold blood”.

Though Israeli prime minister Naftali Bennett claimed that she may have been hit by Palestinian fire, Middle East Eye reporters said this assertion was belied by geolocation of footage from the scene:

“Analysis of footage of various incidents on Wednesday, as well as eyewitness accounts, raise further questions about Israel’s claim that Palestinian gunfire could have been responsible for Abu Akleh’s death.

“Geolocation of videos filmed in Jenin suggests that Palestinian gunmen in the camp on Wednesday had no clear view of Abu Akleh and the group of journalists, and that no fighting appeared to be taking place where they were as they arrived at the entrance to the camp.”

Shireen Abu Akleh, 51, a Palestinian-American, was wearing a press vest that clearly marked her as a journalist while reporting in the city of Jenin, the Qatar-based outlet said. She was covering the latest in intensified military incursions in the West Bank launched amid deadly Arab street attacks in Israel.

Bennett, in a statement, said that according to information Israel has gathered so far, “it appears likely that armed Palestinians — who were firing indiscriminately at the time — were responsible for the unfortunate death of the journalist.”

The Palestinian health ministry said she had been hit in the head by gunfire. Palestinian President Mahmoud Abbas said Al Jazeera described her death as blatant, cold-blooded murder by Israeli forces.

“Very said to learn of the death of American and Palestinian journalist Shireen Abu Akleh,” Tom Nides, the U.S. ambassador to Israel, wrote on Twitter. “I encourage a thorough investigation into the circumstances of her death and the injury of at least one other journalist today in Jenin.”

The UN Human Rights Commission says it was “appalled” by the shooting and called for an independent, transparent investigation:

We are appalled at the killing of journalist #ShireenAbuAkleh while covering an Israeli military operation in Jenin, #Palestine.

Our Office is on the ground verifying the facts.

We urge an independent, transparent investigation into her killing. Impunity must end. pic.twitter.com/EnAYvgHDpv

Ali Smoudi, a Palestinian journalist wounded alongside Abu Akleh, said Israeli forces “suddenly opened fire” at them during the operation. 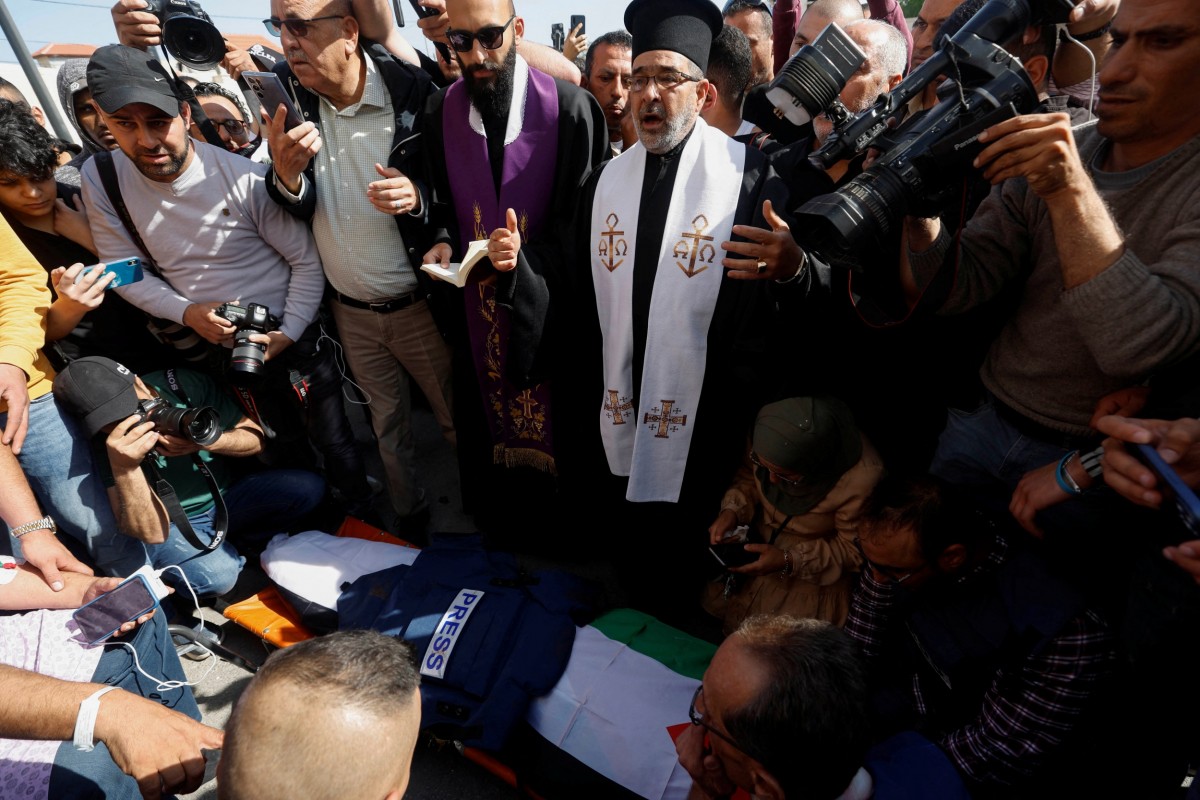 Mourners gather near the body of Al Jazeera reporter Shireen Abu Akleh, who was killed by Israeli army gunfire during an Israeli raid, according to the Qatar-based news channel, in Jenin in the Israeli-occupied West Bank May 11, 2022. Israeli military said Abu Akleh may have been shot by Palestinians as they clashed with its troops. Photo: Reuters/Mohamad Torokman

In a statement, the military said its troops had shot back after coming under “massive fire” in Jenin.

Israeli military spokesman Ran Kochav told Army Radio that Abu Akleh was close to a group of armed Palestinians who had been firing “imprecisely”.

Asked about the military’s remarks, Smoudi said: “There were no resistance fighters near us.”

Nancy Pelosi, speaker of the US House of representatives tweeted that the “killing of American journalist Shireen Abu Akleh is [a] horrific tragedy. A thorough, objective investigation is needed now.” While the Palestinian authorities have rejected the probe Israel has said it will conduct, the US State Department expressed confidence in Tel Aviv handling the inquiry, saying, “Israel has the wherewithal to conduct a thorough investigation”

In a separate incident on Wednesday, Israeli forces shot and killed a Palestinian during clashes near the West Bank town of Ramallah, the Palestinian Health Ministry said. There was no immediate Israeli comment.

With inputs from Reuters