Institutions like the Bilderberg Group play a vital role in constructing a global ideological consensus among elites that is then brought home and applied to the 'nation.' 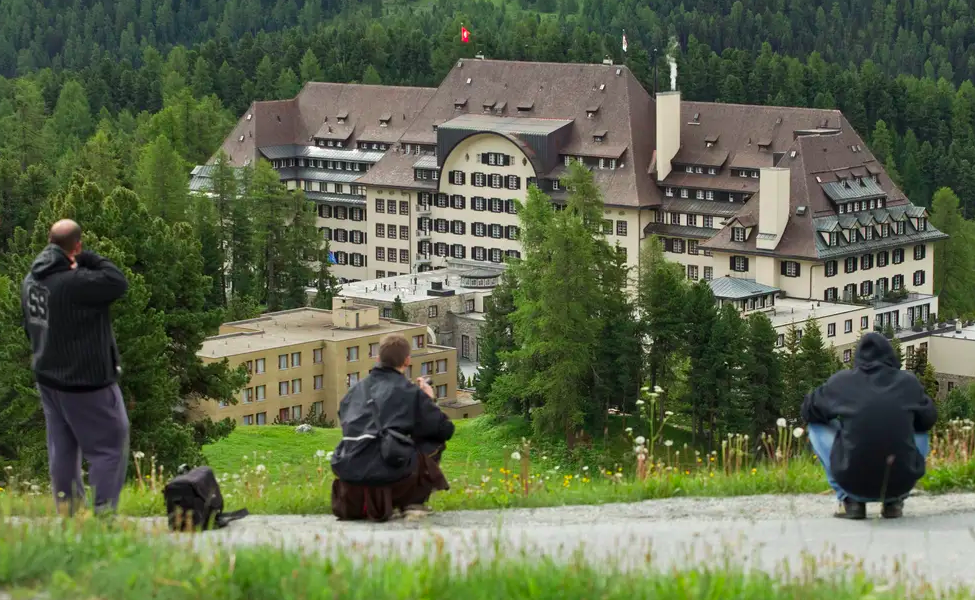 Activists are seen near the Hotel Suvretta, the venue of the Bilderberg Club annual meeting according to local medias, in St. Moritz, June 9, 2011. Photo: Reuters/File Most countries in the western world operate under a practically unquestionable assumption that they are democratic, in the sense that there is a plurality of different interests in society at any given time and each of them has an equal opportunity of gaining significant political power. 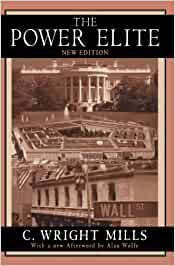 The very concept of an elite class, with more influence than mostly everyone else, is deemed a relic of history. C. Wright Mills, author of The Power Elite, explained that these understandings have a certain romantic appeal, because a supposed balance of interests, without elite interference, makes “each of them really quite impotent, then no one set of higher circles and no manageable set of institutional arrangements can be held accountable for the events and decisions of our time.”

But in a world of constant conflict, economic strife, and political hypocrites, perhaps it is at least worth considering the other side of the argument for once?

In Mills’ conceptualisation of a power elite, he explained how a uniquely powerful grouping of economic, political, and military interests emerged after World War II that had the means to make decisions with significant consequences for the whole of American society.

The narrow and centralised group of individuals at the apex of economic, political, and military hierarchies constituted an elite with the technical and institutional means of power, which are beyond the reach of ordinary people. Far from conspiratorial, this was a group seeking to maintain its position of social power via the maintenance of its own coincidence of shared interests.

Writing in the 1950s, Mills’ conceptualisation of an elite was rooted in facts of power that existed, for the most part, within the nation state. One big exception to this was the Bilderberg Group that formed in 1954, which brought together elites from across the world into a transnational network. The group’s official website states that it was developed in response to opinions “expressed by leading citizens on both sides of the Atlantic.”

It fails to say how non-leading citizens, the general public, had a say in its organisation or operation. The World Economic Forum, Trilateral Commission, and Atlantic Council serve as similar transnational elite knowledge networks where individuals with shared, and in this case globalist, interests can work to further their own agenda. Since the era of globalisation moved political and economic power beyond any single country, so too have elites transcended the bounds of the nation. The problem, then, is that how do the masses, bound within borders, stand a chance of influencing the decisions that this transnational elite are making?

To think of institutions like the Bilderberg Group as inconsequential is to underestimate the role they play in constructing a global ideological consensus among elites that is then brought home and applied to the “nation.” Bilderberg allows elites to interact and acquire a shared education in how to think about the world in globalised terms. While it is an unofficial institution, in the sense that is it not legally constituted, the decisions it makes are subsequently endorsed by official agencies like the Organisation for Economic Co-operation and Development and national governments.

This is especially true of its neoliberal economic position. If there is a global ruling class, as critical political sociologists have identified, then to constrain political analysis to only the official institutions of the nation, and omit anything akin to Bilderberg, is a major misunderstanding of the ways of the powerful in modern times.

The Bilderberg Group’s powerful members come from across the world and represent the political, economic, military, technological, and ideological spheres of globalisation. There is absolutely no representation of alternative interests and ideological positions, such as small business, populists, socialists, or nationalists. Representatives from both major ideological parties in the US and UK, the Republicans and Democrats along with Labour and the Conservatives, are usually in attendance alongside these transnational interests. For instance, at Bilderberg in early June 2022, British Conservative Party heavyweight Michael Gove attended alongside David Lammy of the Labour Party, his supposed political opponent. Ultimately, this calls into question the existence of difference between these parties and whether they are more concerned with the problems of their voters or those of transnational corporations.

Other attendees included UN officials, the CEOs of oil giants, both the Prime Minister and King of the Netherlands, Canada’s Deputy Prime Minister, the founders of technology giants, including Google’s Eric Schmidt, major think tank leaders, and CEOs of pharmaceutical companies like Pfizer and GlaxoSmithKline.

Several journalists were also in attendance, however none of them have reported on the meeting. Similar events that gather high caliber individuals together are usually of public interest, but Bilderberg claims press conferences were “stopped due to a lack of interest.” Given its list of discussion topics for 2022, including NATO, geopolitical realignments, and disruption in the global financial system, it is far more likely the public might have real concerns about the nature of this meeting between the global power elite – if they were actually informed about it. Did Michael Gove’s or David Lammy’s constituents want them to attend this meeting, or even have any knowledge of their attendance? If not, why not?

This year’s most important attendee was undoubtedly Jens Stoltenberg, NATO’s current Secretary General. Bilderberg’s website claims that “participants take part in the Meeting as individuals in their own right,” in other words they do not represent their organisations in any real sense, and that “there is no desired outcome, there is no closing statement, there are no resolutions proposed or votes taken, and the organisation does not support any political party or viewpoint.”

Yet, its membership list proudly displays the current organisational affiliations of everyone in attendance, and Stoltenberg even tweeted a photo of himself at the meeting alongside Finnish Prime Minister, Sanna Marin, saying: “We discussed the need to address #Turkey’s concerns & move forward with the #NATO membership application by Finland & Sweden.” So much for “individuals in their own right” with “no desired outcome.”

Great to meet with Prime Minister @MarinSanna of our close partner #Finland in Washington. We discussed the need to address #Turkey's concerns & move forward with the #NATO membership application by Finland & Sweden. pic.twitter.com/wPTjhYHMLy

Understanding the Bilderberg Group as the center of an elite knowledge network is far more accurate than any simplistic, and often naïve, claim to the contrary; especially from those that would malign it with the catch-all, ignorant label of “conspiracy theory.”

Knowing that the locus of political, economic, and military power now resides offshore helps to explain the pandemic of political disaffectedness sweeping across the planet. Some even see this as the emergence of a global civil war, which is surely the last thing the world needs at this very moment. Apparently, Bilderberg’s secretive nature is to ensure its participants can “speak freely in an environment of trust,” but precisely what would these people, who themselves claim a proclivity for transparency and democracy, want to speak about free from public discussion, criticism, and alternative points of view?

The public, rationally, can only surmise that it is nothing good. Unless politicians revert to assuming their proper role as national, and local, leaders, responsible for their own constituents’ needs as opposed to those of transnational corporations, the global crisis of democracy is surely set to continue.

If we have no say in the role these groups play in the world, which from Stoltenberg’s own admission is a significant one, then do we really have a democracy?

Stuart J. Hooper is an Instructor of Political Science at Cameron University and PhD Candidate in International Politics at City University of London studying the military industrial complex, elites, war, and globalism.